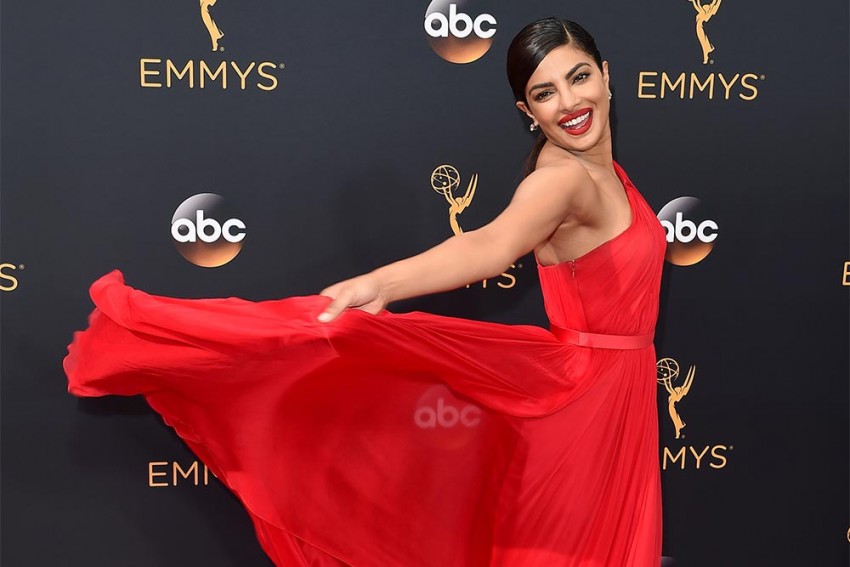 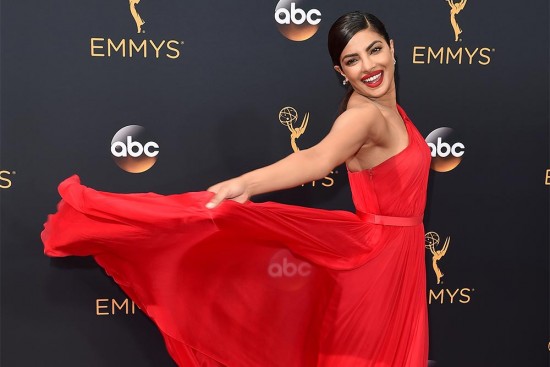 Bollywood A-lister Priyanka Chopra, who is making waves in the West, tells Outlook that her tweets are always spontaneous

The second season of Quantico has just opened to rave reviews. How does it feel to have your face splashed across billboards in the US?

It’s always great to have your work appreciated. In Season 2 of Quantico we introduced so much that was new, from a new plot and storyline to new cast members. It’s great that the show continues to connect with the audience.   We’re all very thrilled with the response. And we’ve only aired two episodes till date! ABC has been great in promoting the show this season. It’s not about having my face on billboards across the US, but about the show getting the promotion it deserves.

Your role in Quantico was rewritten to suit your background? How is it breaking stereotypes in the way Indian artiste have been looked at in the US till now?

It’s very empowering. I was very sure that anything I did internationally would be on my own terms, and in no way furthering the stereotype. In ABC, Josh Safran and Mark Gordon, I found a great team, very open to my thoughts and ideas. They are strong supporters of diversity on TV. In fact, Quantico features one of the most diverse casts on TV today. I think it’s important to believe in yourself and your talent. Today, there is clear proof that actors don’t need to be put into a box and can deliver what the role requires.

You presented an award at the Oscars, won an award at the People’s Choice Awards for Quantico, and turned heads with your appearance at the Emmy Awards. What was going on in your head?

It’s pretty amazing considering it’s just been a year. I’m just enjoying every moment. It’s great to be ack­nowledged at such huge, global events and I am, for once, just letting my hair down. I was truly humbled to win the People’s Choice Award given that I was a relative newcomer there…that’s proof of how the power of good content connects artistes with their audience.

Will Bollywood now take a backseat?

No chance of that ever happening. Bollywood is in my blood...it’s a huge part of my identity. I have thankfully found a way to straddle both worlds and I will continue to do that for as long as I can. As of now, I’m just in the process of finalising my next project. There are so many amazing roles that have been offered to me and such amazing stories. Right now, it’s all about what my schedule (and my heart) will allow.

With a following of over 31 million across various social media handles, you were also among one of the first to visit the Twitter headquarters recently. What was the experience like of witnessing the backstage action live?

I have had some interesting experiences with Twitter over the years. From visiting their headquarters in San Francisco in the early years of social media, to its New York office visit a short while ago, it’s been great fun. The discussions are great and the connections with all the people there has also been phenomenal. They make me feel very special and we always find a way to bring the world into our little party, which doubles the fun.

You handle your Twitter account yourself. How do you stay active on social media despite crazy schedules?

I just do...the apps are on my phone and whenever I get the chance, I connect with my followers. I don’t see it as a task or something that has to be scheduled. It’s a spontaneous sharing of what happens in my life and I truly enjoy the whole process.

Yes, I do interact with them quite often because I truly enjoy the conversations. For me, my social media activities are not about adding to my success. It’s personal. I get a chance to connect one-on-one with people I wouldn’t normally have a chance to interact with. They’re supportive, insightful, receptive, engaging...that’s why I do it. It’s real! And yes, I love the fact that I can share my work with them directly and get feedback (whatever it may be). I’m a fan of social media, hahahaha!

‘You Can’t Do Swimsuit Pics Everyday’