National It’s Not About The Numbers

It’s Not About The Numbers

There is a broader—and deeper—meaning to democracy. Part of that ideal is the idea that every tessera in the mosaic can sparkle. 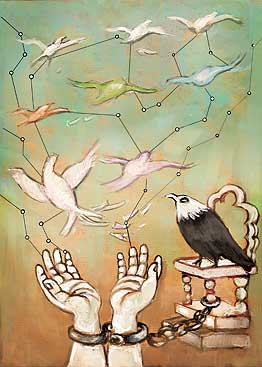 Democracy, it is commonly said, is the rule of the majority. Majoritarianism intensifies this belief with the proposition that those constituting the majority should make the rules for all members of a society.

The argument, however, is deceptive. It rests on the false assumption that obvious, permanent majorities exist from the start, and are fixed forever, in every group, community, nation. The assumption is especially invalid for complex, plural and dynamic societies like India: though that observation extends to most countries of the world—the US, China, South Africa, Brazil, Syria, Iraq and Israel, Malaysia and Singapore and more. Most importantly, the majoritarian argument rests on an utterly reduced, not to say empty, notion of the meaning of democracy.

The ‘Big Many’, the ‘Small Manies’

Majorities and minorities, like nation-states, are means of organising societies, and channeling and distributing cultural, economic and political power. Associated with electoral politics, the terms minority and...