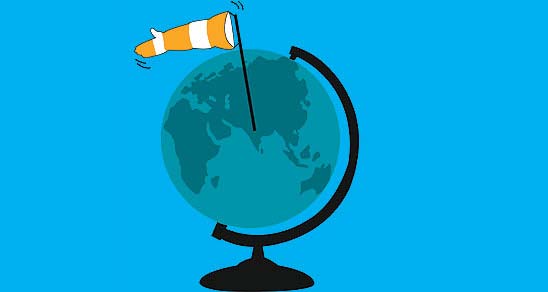 L’affaire Sharm el-Sheikh revived debate about the role of foreign secretary (FS) just days ahead of Shiv Shankar Menon’s retirement. Ironically, controversy had followed his selection in ’06 when two senior officers resigned in protest. The post of FS evokes mystique and glamour. But he or she constantly walks on the razor’s edge. Over the years, successful FSes have never forgotten that foreign policy must constantly filter through domestic, political and public opinion.

In 1947, the Indian Foreign Service (IFS) was moulded from a core of Indian Civil Service (ICS) officers combined with ex-servicemen, a few grandees from ruling families etc. Simultaneously, Prime Minister Jawaharlal Nehru began his role as tutor and guardian of the direct recruits. He even personally interviewed those selected for the IFS, accompanied by their wives if they were married.

As his own foreign minister, Nehru was the resident ideologue of the external affairs ministry, summoning officers up to the level of deputy secretary, though in the presence of the FS. Paradoxically, some of these junior officers would excel under his daughter; his own FSes were mostly from the ICS who were driven to implement the master’s frenetic policymaking.

It was post-Nehru that the office of FS came into its own, each decade producing one outstanding figure. In the late sixties and early seventies, T.N. Kaul, an ICS officer, dominated the early to middle period of Indira Gandhi’s premiership. It wasn’t an easy task as she was reserved yet hands-on, suspicious though reliant on favourites. She refracted decision-making through a complex durbari system of an external affairs minister sharing policy space with the chairman, policy planning, besides P.N. Haksar, himself a diplomat, as principal secretary to the PM. It was Kaul who held the fort, weaving his way through this intricate maze and developing unmatched influence with her through his equal comfort in negotiating with Moscow or Washington and his remarkable ease in making friends and influencing adversaries.

Matching Kaul in Indira Gandhi’s last phase was M.K. Rasgotra, a direct recruit who handled the post during a difficult phase with the Soviet presence in Afghanistan, heightened engagement between Pakistan and the US, and the rising menace of Sikh militancy in Punjab fuelled from across the border. As deputy secretary to President Zail Singh during this period, I was witness to the clarity of Rasgotra’s briefings, and his ability to reduce complex foreign policy issues to an intelligible political quotient.

With Rajiv Gandhi came a new ethos, a variant of the Nehruvian model; the locus of decision-making shifted to the PMO. Rajiv had four FSes. His first, Romesh Bhandari, adapted and retired to become lieutenant-governor, Delhi. Then came A.P. Venkateshwaran who tried to assert and was stymied, and then ejected. He always spoke his mind, often laced with wit that could be risque. However, his outspokenness was taken as insubordination and his wit as ribaldry. He became the first and only FS to be literally sacked (he actually resigned learning of the PM’s intentions). The IFS association, an otherwise pliant trade union, stood firm to condemn the PM’s action. The final FS, S.K. Singh, came when a beleaguered PM was past his peak. None of the four attained greatness, though at least two were always considered capable of it.

The great FS of the 1990s arrived after P.V. Narasimha Rao became PM. The nation was on the brink of bankruptcy and strategically immobile; the global order was rearranging after the Cold War. In September 1991, J.N. Dixit was appointed FS and the two together (with Narasimha Rao as his own foreign minister for half of Dixit’s term) made major readjustments in India’s relations with global powers and repositioned India in an emerging global order. A thinking PM and a cerebral FS scaled great diplomatic heights. Dixit turned down an ambassadorial assignment at the end of his tenure. When Rao was no longer PM, he told Dixit that an extension wasn’t offered to him because people were beginning to ask whether Dixit was running foreign policy or the PM. Dixit reminded Rao that he had never acted without his instructions. After retiring, Dixit wrote definitive books on Indian foreign policy, before re-emerging as NSA till his untimely death.

These great FSs had clarity of mind, an ability to analyse facts and present them realistically, the courage to speak their mind, the finesse to build alliances and network in Delhi’s political maze, and finally the luck to be working for a great prime minister at crucial points in India’s history. Prime ministers may get the FS they deserve; the nation deserves FSes of their ilk.