'It's Low Spectrum, But Still Serious'

NIV's officer-in-charge on the virus 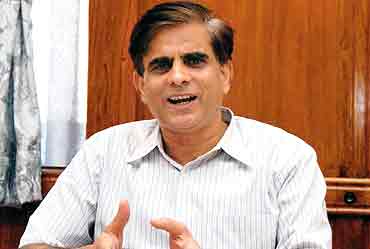 Life for the 40-odd scientists at Pune's National Institute of Virology (NIV) has changed ever since SARS arrived in India. Working round-the-clock in special masks and protective gear, they have been virtually living on the campus. Taking time off from his busy schedule, NIV officer-in-charge Dr A.C. Mishra, spoke to Outlook:

Why is it that none of the cases detected in India so far have been fatal?

It is very difficult to say anything on the basis of these cases. What we have seen so far is the lower spectrum of the disease. This happens in every country. India is not a singular instance. But in due course, as more study is carried out and more cases come to our notice, we will know how the approach needs to evolve. Because it is low spectrum doesn’t mean it is less serious.

Do you attribute its low-spectrum occurrence to the absence of a super-spreader?

We have not yet seen the super-spreader phenomenon in India unlike some Oriental countries. So far the cases here have resulted from secondary infections caused by the primary case, wherein one individual has passed it on to people in close contact. The incubation period of the virus is between 2 and 10 days. So it is often difficult to identify patients early on.

WHO experts believe that the virus can’t survive hot weather. Would the summer bring good news?

Not enough data is available to support or counter that claim, but we truly wish that happens. High temperatures are not very conducive for most viral and bacterial diseases. We are tempted to think that surging temperatures will help us.

With the onset of winter, do you fear a revival?

We don’t know because this mutant virus has only been identified recently. It may totally disappear or it may persist. Studies suggest that the SARS corona-virus is the fourteenth addition to its family. The species was never seen earlier in humans and the other 13 were known to infect cattle, pigs, rodents, cats, dogs and birds. Of the 13, only two are known to cause flu and influenza. The SARS-causing virus has a unique RNA sequence not directly related to known human or animal viruses.

How can public panic be prevented?

There is no reason for panic at the moment because all the cases identified in India so far have been low spectrum. The media can do a good job, but it has displayed several limitations. Instead of sensationalising the issue by running after patients, the media needs to educate people how the disease affect patients, what differentiates the lower spectrum from the higher spectrum, how the virus growth can be self-limiting. People are not unjustified in taking their time to understand the scientific ramifications of the infection. What is important is public awareness and initiative in reporting symptoms to hospitals.

When is the first breakthrough likely?

It is too early to say what course the menace would take if it manages to reach the higher spectrum. NIV has undertaken a detailed study of the virus in Indian conditions for which little data is available. The study would not only save costs, but will also be relevant for future reference.

Currently, we are developing our own diagnostic tools. The study will initially focus on unravelling the genetic code of the virus and then compare it with the sequences obtained from viruses in other laboratories. At a later stage, we also aim to devise newer methods, wherein one can move away from techniques like isolation and quarantine and adopt specific intervention strategies.

How has life at NIV changed? Are the growing requests for tests taking the focus off research?

Tests mandate urgency. We are giving them our best at the moment. But research continues to be our core activity and we cannot afford to take our focus off that. Life at the NIV is normal otherwise.

We must deliver results quickly, so our people have to work for long hours. They are taking precautions, hence there is no cause of worry for their safety.

As requests and samples are also pouring in from distant states, we need to make more arrangements. The Indian Council for Medical Research, our parent body, has other institutes under its umbrella and when the pressure outstrips our capacity, they will also come into play.

We have seen people getting treated for pneumonia and ordinary cough-and-cold. When such people come out of the hospital, we don’t discriminate against them. The case of SARS patients should not be any different. It is just an infection and once it is over, the affected people are as normal as anyone else.

How strong is the possibility of a recurrence?

We can’t quantify the recurrence possibility at the moment.

A shorter version appeared in the print magazine