It’s Green Lights All The Way For Mr Moily 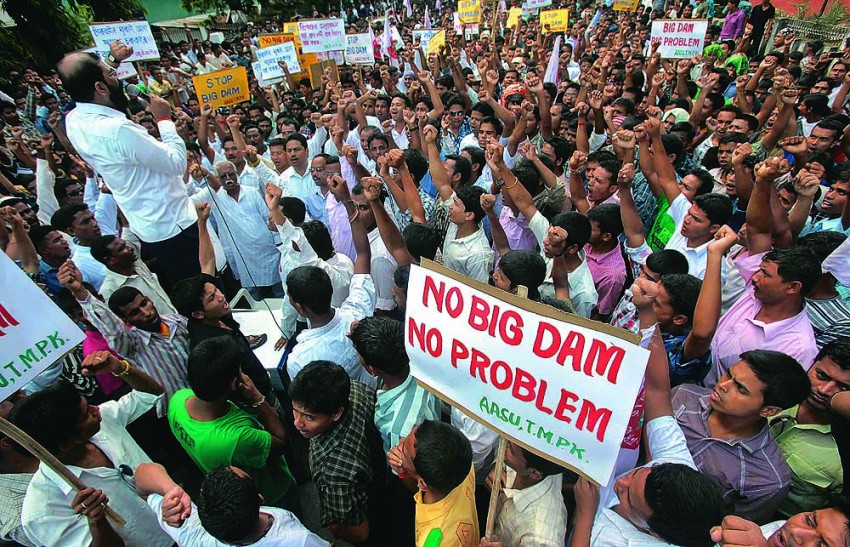 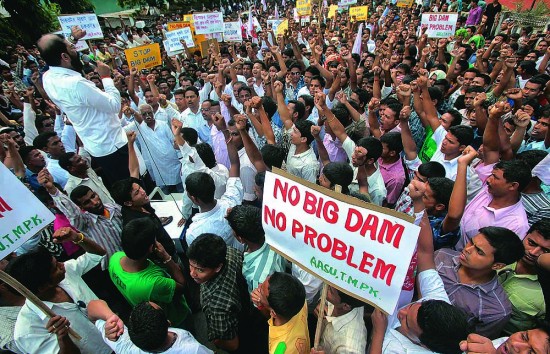 Jayanthi Natarajan cleared 289 projects in the 30-month period between Jul 2011 and Dec 2013. In two segments, though, her actions run contrary to the perception that her ministry was an obstacle.

Hydropower projects between April 2003 and December 2013

Research by the Delhi-based EIA Resource and Response Centre using data on coal mines and thermal power projects; and by the South Asia Network on Dams, Rivers and People on hydropower.

The man responsible for granting environment clearances today is someone who not long ago had demonstrated just how much he disregards them. As minister for power, Veerappa Moily laid the foundation stone for the 85 MW Mawphu Stage II hydropower project in Meghalaya in September 2012 even before it had received statutory clearances from the ministry of environment and forests (MoEF), the very ministry he now heads along with the ministry of petroleum. With such a track record and a flagrant conflict of interest between the two portfolios under his charge, is Moily really the right man to protect our ecology?

His first few weeks at work reinforce those fears—he has so far cleared over 70 projects. His statement vaunts his clearance of projects worth Rs 1.5 lakh crore. “What have we come to? Are we going to judge the performance of a minister by the number of clearances he issues? Is the ministry there only to clear projects?” asks environmental lawyer Ritwick Dutta, pointing to data which shows that there are only a few projects that have been denied environment clearances (see graphic).

While many of the clearances Moily issued in a matter of days since he assumed charge on Christmas eve 2013 are being contes­ted, what has also caught attention is his interest in an Anil Ambani-owned Reliance Power hydel project in Arunachal Pradesh. Tato-II, to be built on the Siyom river by Tato Hydro Power Pvt Ltd, a Reliance Power subsidiary, is seeking clearance for diversion of 313.88 hectares of forest land for the project. The Forest Advisory Committee (FAC) has rejected its plea five times already because of inadequate impact assessment details. An interim cumulative impact assessment of dams on the Siyom river basin to be conducted by the ministry of power is also yet to be completed.

All this, however, hasn’t stopped the project from coming up for discussion again at the FAC. The FAC agenda note, issued on January 6, reads, “Hon’ble mef, after examination of the recommendation of the FAC, as given above, has desired a discussion in the matter.” Is Moily then seeking to ensure its passage by bringing it up again for the sixth time? Says Himanshu Thakkar, the convenor of the South Asia Network on Dams, Rivers and People, “Despite conditions prescribed earlier not being met and clearance rejected five times, it is being pushed on the agenda. This is clear pressure tactics and a case of conflict of interest.”

While more details of the projects cleared by Moily are yet to emerge, the clearance granted to two dams—Teesta IV in Sikkim and Tawang II in Arunachal—is now being hotly contested. A cumulative impact assessment of dams on the river basins that these two are coming up on is still to be completed. This is a necessity for them to get clearances.

“Teesta IV is going to come up on what is today the last free-flowing stretch of the main Teesta river in Sikkim between Chungthang and the West Bengal border,” says Neeraj Vagholikar of environmental NGO Kalpavriksh. “Don’t we want at least one stretch of the main river to be free?” Even the National Board for Wildlife (NBWL) has raised serious objections to the impact on local flora and fauna and has asked for a comprehensive study of other dams too in the vicinity. According to a Supreme Court ruling, NBWL clearance is necessary for projects located in a proximity of less than 10 km from ecologically sensitive zones. Teesta IV is coming up 4 km from the Fambonglho Wildlife Sanctuary and about 6 km from Khangchendzonga National Park boundaries. Yet, Moily has granted the project clearance.

Jayanthi Natarajan’s replacement with Moily, months before the 2014 election, followed by speedy clearances, are reminiscent of what another environment minister, Jairam Ramesh, had termed the “MoU virus”, referring to the high number of hydel agreements in Arunachal. An RTI in 2009 found that the state had signed 108 MoUs for hydel projects with a total capacity of 30,000 MW since February 2006. Thirty-one of these were signed in less than five months before the 2009 Lok Sabha polls. Under pressure to match Narendra Modi’s pro-industry overtures and to generate funds ahead of Election 2014, are we seeing a “clearance virus”?

‘Development And Human Rights Should Reinforce Each Other’