"It's Good To Be Doing Something Different"

Andrew Lloyd Webber talks to Outlook over lunch at the London offices of his Really Useful Theatre Company. Excerpts: 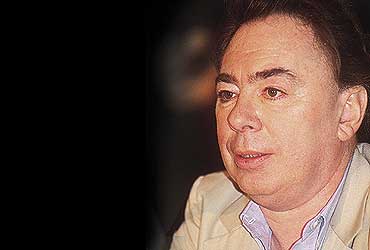 What are the bookings like for Bombay Dreams?
The bookings are not brilliant but the show should be flying after the June 19 premiere. This will either take off in the previews or it won't. (The previews began May 29.) It will be by word of mouth if people come out of the theatre and say it's fantastic. Or it won't. If it doesn't get good reviews, it would close very quickly. I doubt if it would then make it through this year.

What kind of audiences are you expecting?
I don't know what kind of audiences we'll have, or what they'll think of it. We're in completely uncharted waters. Western audiences don't know at the moment what Bombay Dreams is about. So they'll need to hear about this. But I think it's going to be a huge hit. I think it will be like Cats, which had nothing in the box office when it opened. I think by the end of the first week it will be flying.

Will it work with the international audience?
I think it will because it's very good. All I can say is that western theatre at this time badly...