‘Winnability’ is not a trait attached to the Congress too often these days. On this winter’s assembly poll results hinge the chances of a new spring. 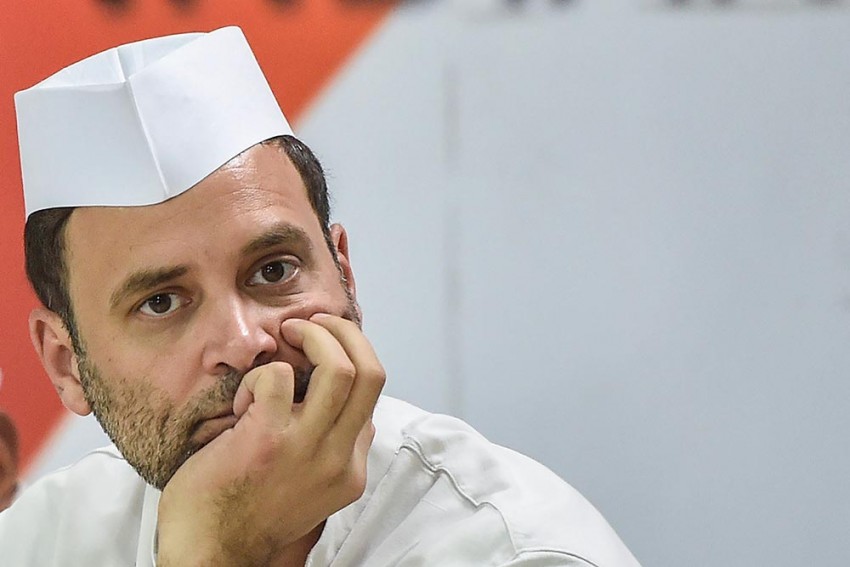 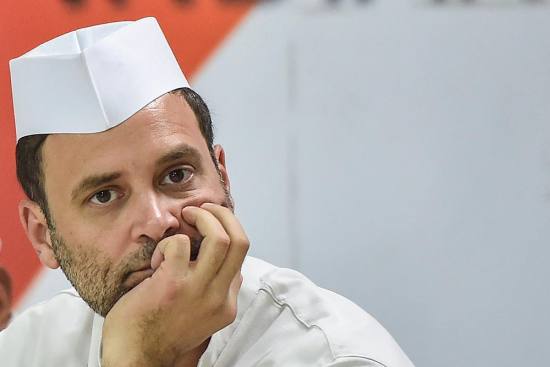 The Indian National Congress was born four years before Nehru was born. A life history that long—edging close to 135 years, almost double of independent India’s—is bound to have been studded with mom­ents of grave existential doubt. And yet, each inflection point, to the surprise of believer and critic alike, has yielded a second life. At least till now. A set of five assembly elections may seem a trifling affair when seen against this grand canvas of death and rebirth. But the script is thinning out. The party has just 44 MPs in the Lok Sabha, a still-untested president is at the helm, and there’s a rampaging BJP to contend with. Its ruling motto—to eradicate the Congress, like it was some pre-modern disease—always looks close to fruition these days. Way before the epic showdown of summer 2019, therefore, the semi-final of 2018 may signal a kind of sudden death.

No signs of survival panic are visible, however, anywhere on the precincts of 24, Akbar Road. The Congress headquarters, ensconced in the heart of Lutyens’ Delhi, is buzzing with act­ivity. The manicured lawns are overrun by ticket-seekers from the poll-bound states, and sundry hangers-on. Senior leaders seated in the inner chambers insist they haven’t seen such enthusiasm among party workers in a long time. The optimism is welling up from the ground, they say—a sense that the party’s fortunes are on an upswing.

Some of the confidence is also emanating from a small portacabin, almost hidden in a corner of the sprawling premises—the data analytics people. Headed by former inv­estment banker Praveen Chakravarty, the small team is abuzz, happily studying the live data flashing on its screens. This is Project Shakti, which aims to link each and every booth-level worker to Congress president Rahul Gandhi. One screen updates the list of ground-level workers as they enrol—with each new recruit, the name and phone number pop up. (Each one receives a pre-recorded welcome call from RaGa.) The total number on one side is ticking busily: the frequency is about 5-10 new names a minute. The other screen maps all booths in Rajasthan, Madhya Pradesh and Chhattisgarh—in shades of red, purple and blue to signify where the party needs to work more and where it is relatively comfortably placed.

This live data offers, in an inverse way, a statement on the deep anti-incumbency built over three long terms in Madhya Pradesh and Chhattisgarh against chief ministers Shivraj Singh Chouhan and Raman Singh. But amassing a new army and winning a battle are two different things. It’s for the Congress leadership to leverage this relative asc­endancy, and it’s the last chance to do so before the big one in 2019. A win in the three heartland states—where the party is directly pitted against the BJP—will deliver invaluable benefits. The Congress will then be poised to bargain with potential allies from a position of strength, and make a play for the sweepstakes. A loss would be crushing.

Despite the ostensible skew in advantage, or perhaps bec­ause of it, the winter elections are definitely more crucial for the Congress than for the BJP. If the party fails to create a counter-wave despite the anti-incumbency in these three states—built on factors like agrarian distress, unemployment, anger among the youth and Dalits against the BJP—it will find it difficult to motivate its cadres for the Big Battle next year. It will also further damage Rahul’s credentials to lead an anti-Narendra Modi front, something the Congress has been carefully calibrating.

As of now, a prospective Rahul leadership doesn’t seem to inspire much confidence in potential allies like the BSP and the SP, who have refused to do business with him in these assembly polls. The Sharad Pawar-led NCP, a Congress ally in Maharashtra, too has decided to go solo, contesting 200 seats in Madhya Pradesh. Congress ideologues insist this only signifies the political capriciousness of Mayawati, not Rahul’s degree of acceptability. Still, the chessboard is in too much flux. 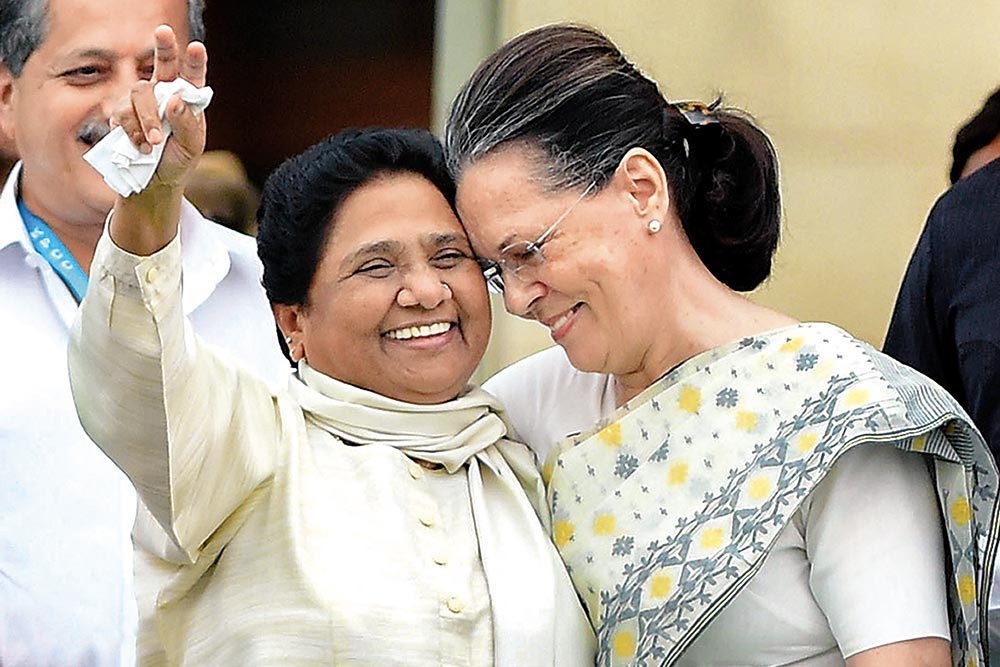 Madhya Pradesh in-charge Kamal Nath tried his best to forge an alliance with the BSP, but found its demands unr­easonable—it wanted 50 out of 231 seats, a high ratio in what’s touted as a ‘two-party’ state. Some of these 50 seats were not even in her stronghold and ceding them would have helped the BJP instead, says a Congress leader. BSP leader Sudhindra Bhadoria rubbishes this. “Last election, Congress contested 100 seats in UP. How many did it win? How can they question our winnability?” he asks, saying it’s the feudal mindset of certain leaders that’s defeating att­empts to form a secular force.

After seat-sharing talks reached a dead-end, Mayawati too came down heavily on the Congress, terming it as “casteist and arrogant”. Even SP leader Akhilesh Yadav, gentler in his words, said the Congress had made them wait too long, and urged the grand old party to show magnanimity. Political commentator Neerja Chowdhury believes all this is posturing and position-taking for a better bargain in 2019—otherwise unjustified by the BSP’s dipping voteshare in Madhya Pradesh (it dropped from 8.97 per cent in 2008 to 6.29 per cent in 2013). “She is trying to send a message that you heed me or else I am capable of walking out. The stakes are going to be much higher in Lok Sabha.”

Even the Congress is trying for a better leverage vis-a-vis 2019: its decision to go solo is seen as part of that attempt. In the event of a victory or two in these states, the Congress clearly doesn’t want the BSP or other allies to eat away at its potential electoral base. “Being a pan-India party, Congress can take a pole position in an anti-­BJP alliance,” says a Congress leader. 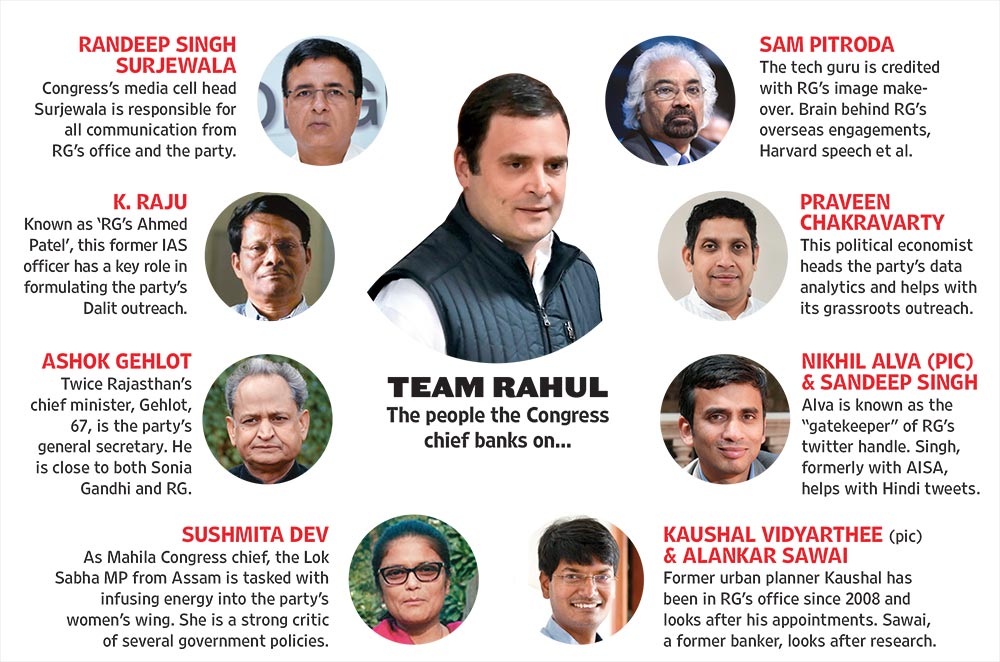 Congressmen also believe Rahul has turned a corner and is ready to take on the formidable Modi-Shah combine. “The fact that he is taking on the PM directly is evidence enough. He has started directing his attack personally at him, calling him ‘chor-chowkidar’ and ‘bhrasht’ (corrupt) in the context of Rafale. This strategy is to chip away at Modi’s personal image that has largely remained unaffected since 2014, and to build a perception of a pro-rich, anti-­poor government,” reveals a Congress leader. The constant fusillade may be beginning to find some resonance. “People may not know Rafale, but they know who Ambani is. There are a few things people connect—Ambani, Adani, chor-chowkidar, suit-boot ki sarkar—and that’s beg­inning to stick on the PM. You will see Rahul persisting with this narrative,” the leader adds.

How much of this will translate into votes? The Congress under Rahul is known to fritter away its advantage by not having a cogent plan and perspective. The BJP under a wily Shah is capable of pulling out a rabbit from the hat at the last minute, as was seen in the post-DeMo assembly polls in Uttar Pradesh.

Among the three states, the Congress ­appears comfortably placed in Rajasthan, cashing in on the growing unpopularity and perceived arrogance of chief minister Vasundhararaje Scindia. The youthful Sachin Pilot, given charge of the state in 2014, and general secretary Ashok Gehlot appear to have closed ranks and working ­together—although caste antagonisms may still play a dodgy role on the ground. (Pilot is a Gujjar, a caste embroiled in competitive quota politics.)

In Madhya Pradesh and Chhattisgarh, however, the Congress has not exactly driven home the anti-incumbency advantage. In MP, this is so despite the Chouhan government being plagued by multiple crises—farm distress, dominant and middle caste anger, Vyapam, large-scale unemployment. “The state unit is definitely more energised, but the chemistry between Jyotiraditya Scindia and Kamal Nath is still not working out,” concedes a party leader.

And in Chhattisgarh, where Raman Singh has failed to control Maoism, the Congress is hobbled by a lack of state leadership. In Telangana, its alliance with the TDP and the Left may not suffice to take on the TRS, which has tended to incline towards the BJP. Though less key than the heartland states, a successive defeat for the Congress in Telangana would confirm the party’s fast-vanishing footprint from a former bastion—and a state it created.

Congress leaders also admit they have given up hope of retaining Mizoram, its last bastion in the Northeast. It has already lost Meghalaya, Manipur, Assam, Tripura and Arunachal Pradesh since 2014, and BJP/RSS workers are leaving no stone unturned in their bid to colour the whole region saffron. “They have resources we can’t match at present,” concedes a regional Congress leader.

Going solo comes with its own downers too. Political analyst Dr Rajiv Gupta, former professor, Rajasthan University, says the Congress is in a winning position, but the lack of an alliance will affect its margin of victory. “The party stands to lose 5-10 seats by not going with the BSP and SP. A post-poll alliance is possible, but there’s also a third front emerging. If the SP, BSP and Left come together, they can get up to 30 seats in places like Shekhawati, Hanumangarh and Ganganagar. Even if they get 15 seats, it’s an effective position,” he adds. The ratio of seats lost unnecessarily may be worse in Madhya Pradesh, he says—the BSP has a good footprint in the state, with a 15 per cent Dalit population. In a bipolar contest, an alliance could have given the crucial incremental vote push to the Congress.

Jyotiraditya, for one, is confident the Congress will form next government in Madhya Pradesh even without an alliance. He tells Outlook that support for the Congress runs deep in the state. “Sometimes a partnership fructifies, sometimes it doesn’t. It was our effort to make sure it works with the BSP, but it didn’t. It doesn’t mean it won’t work in the Lok Sabha polls. We will try and ensure it works,” adds Scindia.

“How can the Congress ­question our ­winnability? How many seats did it win in UP?”
Sudhindra ­Bhadoria, BSP

Other Congress leaders too harbour hopes of a mahagathbandhan for 2019. They choose to play down Mayawati’s criticism and, instead, highlight her remarks on Rahul and Sonia Gandhi as “honest politicians” as a positive sign. “We’ve had an alliance with SP and BSP in the past. These statements are part of political rhetoric. When it comes to the nuts and bolts of an alliance, I don’t think it matters,” says senior leader Manish Tewari.

With Rahul reiterating the importance of state-specific alliances, the Congress is making a clear distinction between state and national elections, citing their different dynamics. “The mahagathbandhan is a concept drafted by journalists. As far as Congress and other opposition parties are concerned, we will have a state-wise alliance depending on the strength, resilience and seat conversion of each party,” says Congress spokesperson Randeep Surjewala. Still, there is a question about the degree to which the Congress has adj­usted to coalition politics—its capacity to view alliances in strategic terms rather than as compulsions. “We are very new to the business of alliances on this scale. It will be a while before people internalise the whole process,” admits Congress leader Salman Khurshid.

Then there is the question of leadership and charisma. Modi still remains BJP’s X factor and still has it in him to tide over anti-incumbency. A Congress veteran concedes grudgingly: “You give a rally with one lakh people to RG (Rahul Gandhi), he will pour cold water over it with an ­insipid, non-inspiring speech. You give 10,000 people to Modi; and he sets them on fire with his oratory.” That gap still stares at the grand old party, and this winter will bring news of where it stands.

By Bhavna Vij-Aurora and Preetha Nair