To that extent, India is happy—reservedly so 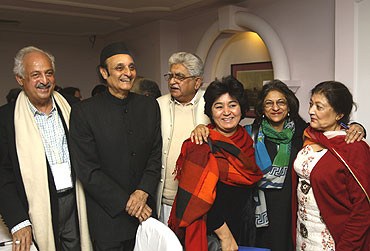 Ordinarily, India should have been happy to see people's power compel President Asif Ali Zardari to observe constitutional propriety. A government observing the rule of law is less likely to foment terrorism. If New Delhi is not enthused, it's because the upsurge has helped the army, left sullied by former prez Pervez Musharraf, burnish its image. Even the celebrating protesters credited the army for averting a clash between Zardari and Nawaz Sharif, who spearheaded last week's movement.

But this doesn't mean the Pakistan army is prepared to turn a new leaf, caution officials. "Nothing so far suggests that the Pakistani army would give up on its strategic ties with extremists and stop using them as a foreign policy tool," the diplomat said. Nor would it be prudent for Delhi to expect that the popular will, demonstrated remarkably last week, will persuade the army to accept a role subservient to civilian rule.