It's All Money For The Honey

It now looks like the gravy train did pass it on. Reliance men too picked up some. 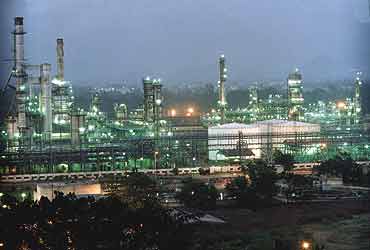 outlookindia.com
-0001-11-30T00:00:00+0553
A note is now being circulated. It has vague details about firms that are allegedly owned by Mukesh Ambani's loyalists and advisors—Anand Jain, director, Reliance Infocomm, and Manoj Modi, director, Reliance Infocomm. What's interesting about this clutch of firms is that they make huge sums through direct business links with RIL and other group companies. It's become so dirty that the sheet contains details of how relatives and family members of the trio have been absorbed by Reliance. 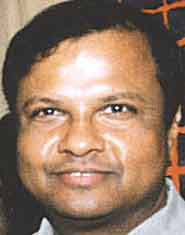 One of the firms mentioned in the note is Jai Corp Ltd. Outlook's investigations prove that it's owned by Anand Jain's family; its executive chairman is his father J.K. Jain, and the MD is his brother S.P. Jain. Another brother Virendra is a director and so is SP's son, Gaurav. Importantly, Jai Corp supplies woven sacks to Reliance. "So, what is wrong? Jai Corp is one of the country's leading exporters of woven sacks and it does small business with Reliance too. And the bulk of its turnover comes from galvanised steel products," says a source close to Mukesh.

This is only the beginning. A firm, Resin Distributors, owned by Anand Jain's indirect family member, is RIL's consignment agent. Polyole Synthetics, owned by the same member, handles the entire business of plastics waste disposal for RIL. Then there is the other far-related family of Jain's who handles RIL's exports to Vietnam. "Resin Distributors is paid the lowest commission in the business. It was the late Dhirubhai who decided in 1988 that all waste disposal should be handled by a known person, as there were cases of corruption and finished products were being mixed with waste leading to huge losses to RIL. Thanks to the decision, (our) waste quantities are the lowest among all global firms. Finally, exports to Vietnam have given the best net returns to RIL," explains the source quoted earlier. 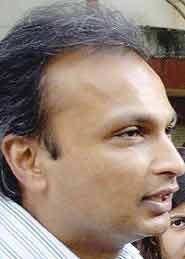 On the flip side, RIL's largest consignment agent, allege sources, is related to Anil Ambani. And while none of Mukesh's men are represented on the board of their family firms, Anil is a director of this company. If that's not enough, the younger brother wrote an e-mail to Mukesh on June 29, '04, about his proposal to adopt Mandke Foundation, in which the former wanted to pump in Rs 18 crore. In his letter to RIL's board directors in November '03, Mukesh clarified that "it required RIL's board approval" and, hence, the news should not be made public on July 6, '04, as wished by Anil. Anil's camp clarifies that the wish to "adopt" Mandke Foundation was that of the mother, Kokilaben. Dr Mandke was a "dear friend" of Dhirubhai and after the former's death the hospital run by the foundation had run into bad days. It was Kokilaben who wanted to provide money to revive the hospital's fortunes.

Nothing illegal about all this. Just murky business that both Anil and Mukesh are guilty of.

The Loser Is You