'It's A Heat-Of-The-Moment Effect'

The mood of the people around could be a factor, says the Sports Authority of India's psychologist. 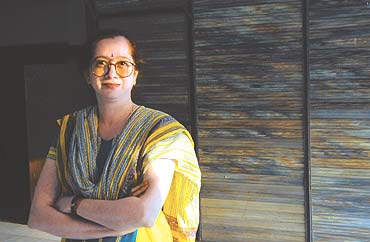 outlookindia.com
-0001-11-30T00:00:00+0553
Cricket fans may have no intentions of behaving in a certain manner when they reach the ODI grounds. But the mood of the people around could influence them. Sports Authority of India's psychologist Anuradha Solanki spoke to Outlook about crowd behaviour.

Cricket fans in Vadodara and, more specifically, Mumbai, would you brand their behaviour as racist? Do you think it was premeditated?

There is no reasoning or logic involved in such behaviour. Indians do not have preconceived notions about teams from other nations, except perhaps on Pakistan. I think what happens is in the heat of the moment and in a crowd situation. Patriotic feelings manifest themselves in diverse forms and what we saw in Vadodara and Mumbai is perhaps reflective of that.

What makes normal people indulge in such unacceptable behaviour?

Well, one's ability to reason fails since one is overpowered by a desire not to be seen as different from the general behaviour of those around. One is even safeguarding oneself from being 'endangered'. When people come to the ground, they have no idea of who they will be sitting next to, how they'll behave or what slogans they'll chant. And when they disperse, the feelings don't linger either. Crowd psychology has a lot to do with the heat of the moment.

Do these boors have regrets later?

Some may feel a tinge of embarrassment but much of the population does not feel remorse until they are singled out or identified. Usually, it is tough to single out a small group. Perhaps why a vast majority do not let their thoughts linger on memories of such behaviour.

Are TV images, like those unruly football mobs, a bad influence?

The onset of TV isn't the sole reason. You tend to see such behaviour at political rallies too. It's a reflection of a changing society where the young are determining their own norms of social behaviour and are constantly challenging established norms.

Can such behaviour be prevented?

It cannot be prevented per se. If ground authorities take action, things could improve. Mass education in the form of campaigns can help too.