'It'll Be Make Or Break For Some' 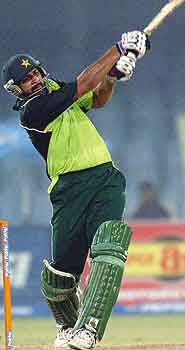 On rival captain Saurav Ganguly
I rate him as a very inspirational leader of men. He has made the Indian players realise they can beat anyone in the world. As a captain, he has earned his team's respect because he also has this knack of backing good players in the face of opposition.

On the Indian team
It's now very experienced. India today does not depend on one or two players—as a team they have started to win matches abroad—the sign of a confident outfit. The emergence of some good young pace bowlers has also boosted their strength. India has achieved positive results in recent times. I don't see why they can't continue in the same manner despite their recent slump in form.