‘It Was Best Not To Say Much’

It was one of modern cricket’s best contests, a matching of skills that will go down in the annals of the game. 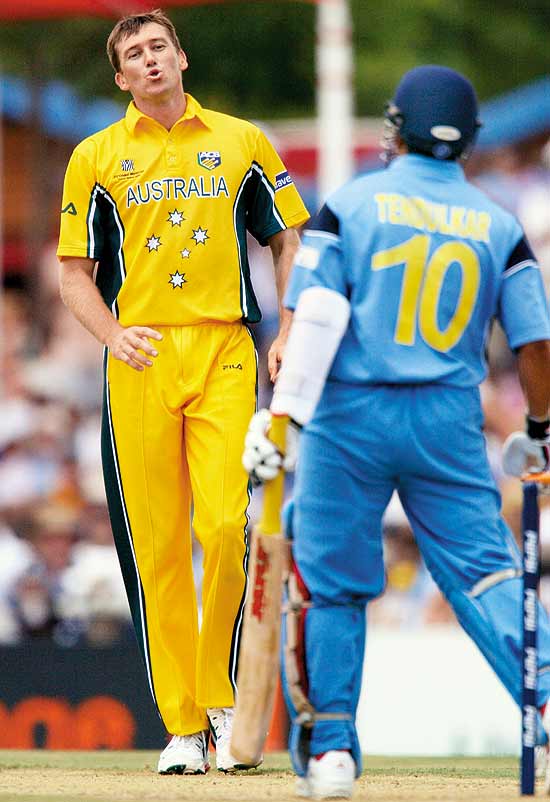 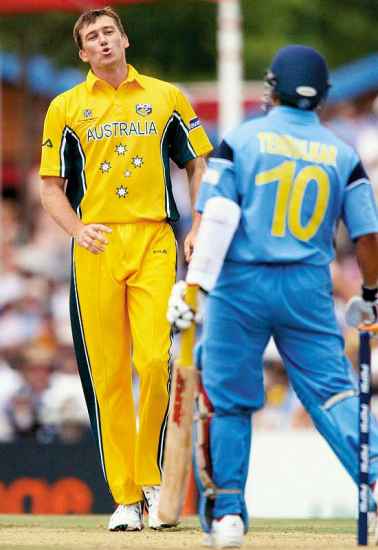 It was one of modern cricket’s best contests, a matching of skills that will go down in the annals of the game. One of the subjects, Glenn McGrath, remembers most of his duels with Sachin. Here’s McGrath talking about his contests with the best batsman of his era.

Sachin vs Mcgrath was the battle royale of contemporary cricket—how do you look back at this contest?

I always enjoyed it. It was a huge challenge throughout my career to face the best in the world and Sachin was definitely one of those. He remains a top class player and has ensured a place in the history books for scoring the most runs in Test cricket, a record that I think will never be broken. He is technically correct and mentally strong—I have nothing but respect for him.

You had great success against Sachin in the 1999 tour of Australia. Did you have special plans against him? How did you prepare yourself?

In Australia you get a little extra bounce and sideways movement, so I just tried to put the ball in the right areas and use the movement against him. I never prepared differently against Sachin but loved the competition.

At the 2000 Champions Trophy, Sachin attacked you from the word go and, though he made less than 40, that innings had a defining impact on the game. How do you look back at the match? Did you two try to mentally outsmart each other?

At the top level, it’s always a mental game—bowlers and batsmen trying to find an edge over one another is what it’s all about. I remember that game in Kenya. Early on, Sachin played a pull shot that went straight up in the air, but the breeze carried it just over the boundary for six. I felt a little unlucky, because anywhere else it would have been a good chance to get him out with an easy catch. After that moment I gave Sachin a little sledge—one of the only times I did that in my career. He proceeded to smash us all over the ground.

Sachin has played some of his greatest knocks in Australia. Would you rate him as one of the most difficult batsmen to bowl to? Why do you think the Australian public loves him so much?

Definitely. He’s the little master. Australia is a sports-mad nation and love their cricket, especially players of the highest calibre. Back when Don Bradman played he had a wor­ldwide profile; I think Sachin enjoys a similar adulation as he’s at that level. He was a massive challenge. Sometimes I enjoyed success; at others he scored some big 100s.

Often fast bowlers give the batsman a glare or exchange some words to ruffle them up. Would the same strategy work against Sachin, or would it make him that much more determined?

I think you’d probably have to ask Sachin, but I always felt it made him more determined. My success against him came when I didn’t say a great deal. I realised quickly it was best not to talk too much.

What explains his longevity and consistency?

It has been unbelievable, hasn’t it? Especially to see him still doing well in Tests. His passion and commitment to cricket is evident by the fact that he still competes in the Ranji Trophy in between Test series.

There are so many, it’s hard to pinpoint one. I remember clearly the days he smashed us around for 100s, but also the World Cup back in 2003 when he hit me for four off the second ball and I happened to get him out next ball. I’ll always remember Sachin as a quality cricketer, one of the best of all time. Importantly, he’s also a great bloke, one of the nicest I have met in the game.