‘It Was Annaji’s Idea, He Was Toying With It. They’ve Been Working On Him.”

The man often described as Anna Hazare's lieutenant maps the political road ahead. 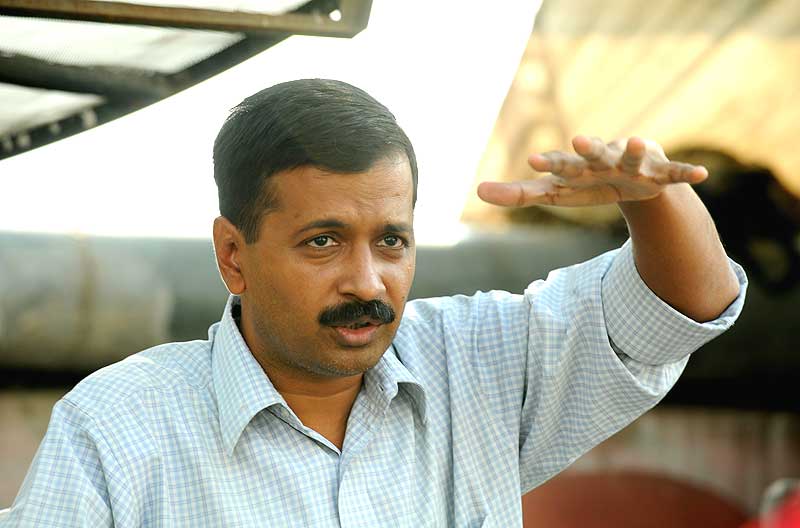 Days after Anna Hazare withdrew support to the political initiative proposed by Arvind Kejriwal and others, the man often described as his lieutenant has hit the roads again. Burning inflated power bills, protesting the diesel price hike and FDI in multi-brand retail and facing opposition from some key members of his team, this time Kejriwal minus Anna is back to convince people that Lokpal is not a lost cause and the way to realise it is by getting into Parliament. In a conversation with Anuradha Raman, Kejriwal maps the political road ahead.


Did Anna Hazare’s declaration last week announcing his disengagement from the political party you wish to float take you by surprise?

I am emotionally attached to Annaji and this decision has been a huge setback for me and the movement. I can only hazard a guess as to why he chose to disengage with the movement after supporting it initially. External forces were at work here and we knew that they have been working on Annaji for the last one year.

"I can only hazard a guess as to why Annaji chose to disengage himself. I’m emotionally attached to him, this is a setback for me and the movement."

By external forces, are you referring to the UPA or the BJP or someone else?

I am not naming any one political party. Several political forces have been at at work throughout last year. This time around, they did manage to take him away from us.

Wasn’t Anna supportive of your move to turn the movement against corruption into a political party?

It was Anna’s idea on January 29 this year when he toyed with the proposal with a senior journalist as he lay convalescing in Medanta hospital. He was also told that for the movement to be relevant it had to become political in tenor. He liked the idea and called me to discuss it. Again, when we decided to go on a fast in July this year, Annaji was supportive of our entering the political arena. In fact, when we read out the letter of support from 23 eminent people as we fasted again at Jantar Mantar, we asked the public which had gathered to think about our proposal. Annaji announced before we broke the fast that he was supporting our call. These were his decisions. So, the sudden change has come as a surprise and when I asked Annaji why he was withdrawing support, he said that just as he had made statements in support, this decision prompted by a rethink should be seen in a similar light.

"We’re examining how US primaries are fought, but it’s difficult to replicate here. We have volunteers, the janata, and the party, all of whom have a say."

Why did you offer a cheque of Rs 2 crore to Anna after he snapped ties with you?

Our accounts are in the public domain. Maintaining a transparency of accounts is critical to us. And we have put out our list of donors. Up until March 30, the money that was left with us was Rs 28 lakh. We didn’t have money to pay the salaries of the people associated with the movement. And it was this money that Manish Sisodia returned to Annaji.

Why did you return the money? Was money the issue between you and Annaji, because reports surfaced on donations received by the movement?

Annaji doesn’t speak much. I don’t think money was the issue of any misunderstanding. Last year in August, we accepted donations for the first four days and stopped as we felt we had sufficient money. After that, for another eight months, we took no money. It was only around June 4 when we met and decided that we will accept donations from the public once more. While Prashant Bhushan worked with his colleagues, we decided to break the FDs we had made using the Magsaysay award money—about Rs 25 lakh. We still don’t have an infrastructure and so are accepting money in the name of the Public Cause Research Foundation.

"While people didn’t or don’t doubt our integrity, they do question the goal we’re fighting for and whether it will yield something concrete.”

What are the various options you are looking for in giving a form to the political organisation?

We are examining the way the US primaries are fought, but it will be difficult to replicate the model here. In the context of our movement, we have volunteers, the aam janata (common man) and the party we wish to form. All of them should have a say on our future course of action. We have received several suggestions from the public and have prepared our first draft which we will put out on October 2. We have received 20,000 suggestions so far.

Unlike last year when the media and the people rallied around you, both have moved away from you.

I do agree with you. This time when we fasted in July, the energy levels were low. We found that while people didn’t/don’t doubt our integrity, they do question the goal we are fighting for and whether the fight will yield something concrete. Last year, there was hope that the Lokpal will come. This time, there is neither Lokpal or the sit we had demanded. But this decision to form a party has rejuvenated people again.