“It Was A War Which Should Not Have Taken Place”

Gohar Ayub Khan, who was aide-de-camp to his father Ayub Khan, Pakistan’s first military ruler, talks about the 1965 war. 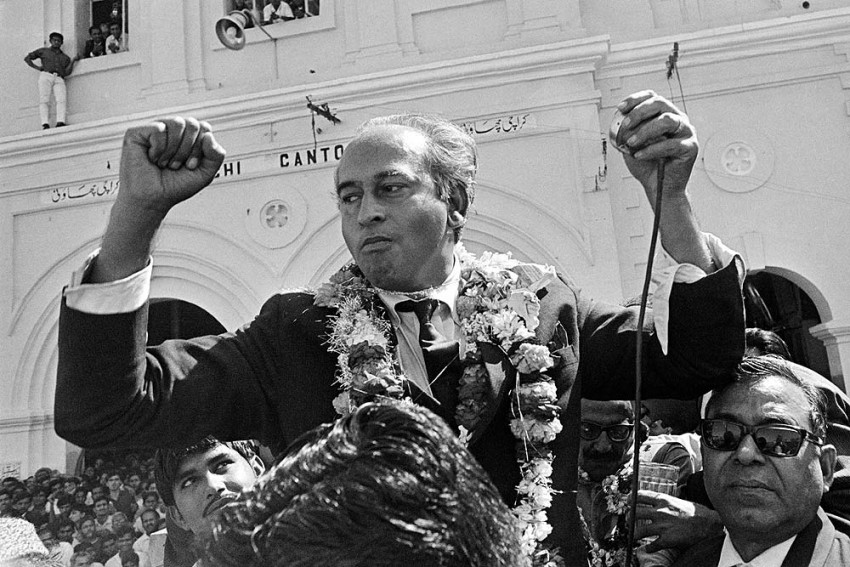 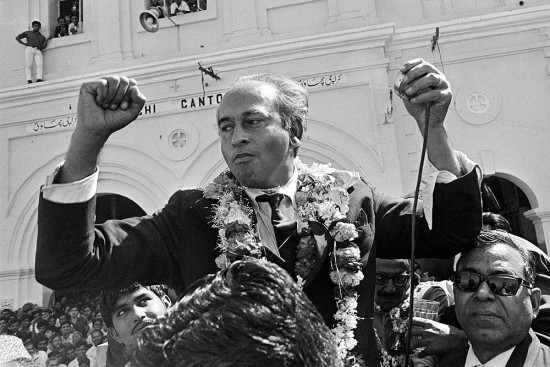 As a Sandhurst-trained military officer, Gohar Ayub Khan was aide-de-camp to his father Ayub Khan, Pakistan’s first military ruler (1958-69). Besides, he has held senior ministerial berths in several Pakistan governments and has been foreign minister and Speaker of the National Assembly. At 78, he remains articulate and forthright in his views as he talks to Pranay Sharma about the ’65 war. Excerpts:

It was a war which should not have taken place. It set Pakistan back and was also costly for India. It led from events in Kashmir which Pakistan considered would be contained there and not turn into an open conflict between the two countries. But when India attacked Lahore and other fronts, it led to a general war between India and Pakistan. Ayub Khan was not looking for a war with India.

Did the war have any clear winners or was it a draw for both sides?

Well, let me give you a few figures. Pakistan’s losses were: 3,200 soldiers killed and wounded, 132 tanks were lost (of which some were recovered) and 19 aircraft. On the other hand, India lost 200 tanks, 35 aircraft, 2,763 Indian soldiers were killed, 8,444 were wounded and 1,507 were missing. So you can see the losses India suffered in this war.

But the figures do not show a clear winner.

From my point of view, the winner was Pakistan. It was a smaller country with a smaller army which managed to hold India and inflict a terrible punishment on it. However, Pakistan would not have been able to continue this war for very long because India had the capability of attrition on Pakistan. It had a tremendous advantage to resupply and replenish its losses, whereas we could not. So the war would eventually have come—as it did—to a stalemate.

How do you see America’s role?

“Bhutto was in the wilderness post Tashkent. It was Gen Yahya Khan, not him who outmanoeuvred Ayub Khan.”

We were expecting the US to come to our assistance. We had an agreement which said if there was an attack from a Com­munist country, the US would come to the assistance of Pakistan. But that clause was not implemented in the war with India, and relations with America soured. On the early morning of September 6, the American ambassador met the president and said, “Mr President, the Indians have got you by the throat.” And the president said, “Not yet, we will see what happens in the next few days.”

What happened in the next few days?

In the next few days, the war started. We were looking at two major things of India. One was its 1 Armoured Division. Through ‘intelligence purchase’ we knew exactly where the Indian armoured division attack would come from. The other was its aircraft carrier Vikrant.

How did you deal with the two?

For the Indian armoured division, we had the 6 Armoured Division in position and we also had the 15 Infantry Division. So the Indian armoured division could make no headway and suffered terrible losses. The aircraft carrier Vik­rant never left the port in Bombay; our submarine Ghazi was there three days before the war looking for it. Had Vikrant come out, it would have been sunk.

But India moved up to Lahore and could have taken the city...

Had the generals and the Indian army been determined, possibly they could. Because Pakistan has no depth—be it Sialkot, Lahore or other places, we are sitting at the border. On the early morning of September 6, they possibly could have. General J.N. Chaudhuri had said he will have his whisky in the Lahore Club. Now Gen Chaudhuri and my father Ayub Khan were coursemates at Sandhurst; they were in the same company and were also commissioned on the same day. Ayub Khan knew Chaudhuri very well and knew how he would act and react.

And how did he react?

The Indians did not cross the BRB (Bambawali-Ravi-Bedian) canal. The Indian division that attacked Lahore was not carrying their bridging equipments. And knowing the Punjab and its canals and channels, you need bridges for them. They are quite broad and are like rivers in Europe. So they were sluggish, they were slow. The Pakistan army was not moved till later. The Indians were on the offensive and advancing. They had the initial advantage of surprise and speed. They could have taken Lahore; also Sialkot and other areas. But I think the Indian army faltered very heavily.

What role did the Soviet Union play?

The Soviet Union was naturally tilted towards India. All its equipment and everything else were from there and also on Kashmir it had vetoed. We had the moral support of China and after the ’65 war military assistance from China inc­reased while our military relations with the US declined to a very large extent.

But the Soviet Union mediated to bring the two sides to Tashkent?

I think that was a tremendous breakthr­ough. Previously they were not int­erested in Kashmir or the ’65 war. But I see this as an achievement of the Soviet leadership and of Mr Shastri and Ayub Khan. Unfortunately, Mr Shastri died of a heart attack and the personal relationship between the two could not materialise.

General Ayub Khan came under a lot of criticism in Pakistan for agreeing to the ceasefire...

UN secretary-general U. Thant had visited Pakistan after Delhi. India had asked for a ceasefire. There was no TV in those days and most of the media was state-controlled. What was happening in Kashmir or at the front were really “blown up”. People in Pakistan thought they were winning. So when the ceasefire came, they thought Ayub Khan had let them down at Tashkent though they had won at the battlefront.

What role did Zulfiqar Ali Bhutto, the then foreign minister, play?

His role was to take Pakistan to war with India. In my view and that of many others, this was because he wanted to remove Ayub Khan and one way of doing that was to inflict a defeat on him by India through a war.

Pakistan had thought that if it went to war with India, people in Kashmir would rise in revolt against India. But that didn’t quite happen.

Bhutto and some generals gave the impression that people in Kashmir were ready to rise in revolt. But that was not the case. The Indian army had clamped down heavily on them and most Kashmiri leaders were in prison. The infiltrators who went there under Operation Gib­raltar were themselves surprised that they hardly had any support.

After the war, Ayub Khan’s popularity declined and Bhutto’s rose. Did Bhutto outmanoeuvre the general?

Bhutto was out in the wilderness after Tashkent. Ayub Khan suffered a massive heart attack on February 2, 1968; he was more or less dead but the doctors revived him. So for three or four months after that he was incapacitated and could not look after affairs of the state properly. In the ensuing vacuum, the then army chief, General Yahya Khan, saw the possibility for him to take over. He started positioning himself by making necessary changes in all the important sectors by bringing in his own men. So it is he and not Bhutto who was manoeuvring to take over.

What is the takeaway from the ’65 war for Pakistan?

Pakistan should not have gone into war. Pakistan’s economy was at a takeoff point, it was much larger than India’s. Its food production was improving, its ind­ustrial policy very good. The combi­ned exports of the Asian Tigers of the time could not match Pakistan’s. The ’65 war set back Pakistan in a major way from which it hasn’t been able to recover.