Justice (retd) Balbir Singh Chauhan explains the kind of reforms suggested by the Law Commission and why they are so much needed now... 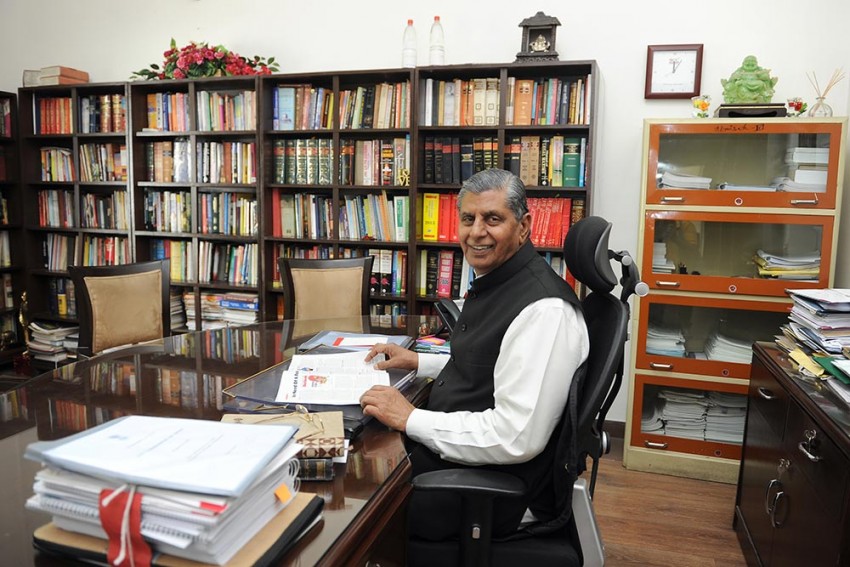 Photograph by Jitender Gupta
Ushinor Majumdar April 06, 2017 00:00 IST ‘It Is Those Lawyers Without Work Who Agitate The Most’ 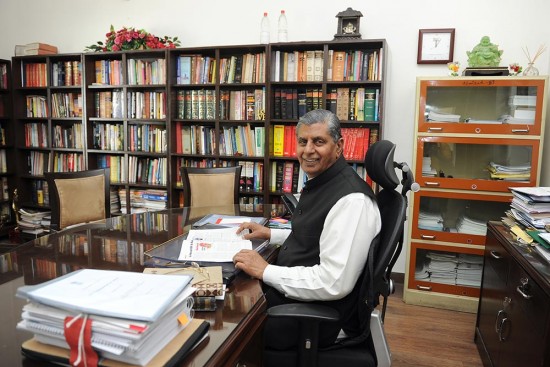 The Law Commission of India (LCI) has recommended a slew of reforms for the legal profession. These were presented as the 266th report of the LCI, led by the current chairperson of the commission, Justice (retd) Balbir Singh Chauhan, who has 20 years experience at the Bar and another 20 as a judge, including five years as a Supreme Court judge. The Bar Council of India reacted with a nationwide strike on March 31. In an interview with Ushinor Majumdar, Justice Chauhan explains the kind of reforms  suggested and why they are necessary.

Do you agree with the statistics on fake lawyers put out by the Bar Council?

The percentage quoted (by the Bar Council) is too high; 35-40 per cent can’t be fake lawyers. It may be 5-10 per cent but not a third of all lawyers. They have probably been unable to verify all the enrolments. I have also forgotten where my certificate and degrees of law are and there will be many other people like that.

How far is legal education responsible for fake lawyers?

“Those coming to the courts are from the mushrooming law schools, with half-baked legal education. The degree is genuine, but the education is often fake.”

There are two problems. Either the standard of legal education is very poor in institutes; or else, there are some very good institutions with high standards but which only select good students. If you select the best students, they will excel anywhere. Such institutions can’t claim credit for producing good lawyers. These are also very expensive and ordinary people can’t afford to send their children there. Very few of these law graduates come to the courts, most join corporations or law firms engaged in corporate law practice. Those coming to the courts are from the mushrooming law schools, with half-baked legal education. The degree is genuine but the education is fake in many cases. These are people who come here bec­­­­ause of unemployment and not out of choice.

What is the Law Commission’s role in disciplining lawyers?

The Supreme Court made a reference to the Law Commission to find out how to regulate disciplinary proceedings. If a lawyer commits mis­­conduct, it is the duty of the bar council to regulate it. Once, when I was a judge in the All­­a­­habad High Court, lawyers in the Allahabad district court created serious problems. The district judge sent me a report, inc­riminating 20 lawyers and I constituted a constitutional bench. I also called the State Bar Council and asked them for their suggestions, but its functionaries were not willing to take any action. So I passed an order barring them from entry into the court premises.

But why would the bar council be unw­illing to take action?

That’s because it is lawyers who elect representative to the bar councils. There is a conflict of interest because the council members don’t want to take action aga­inst their own voters. This is the same with political parties too. Whenever I heard cases against lawyers, I would call the bar council but they neither assisted the court nor took any action.

Bar councils also seem to have the same members year after year....

Once a lawyer is elected to the bar council, he continues to contest elections thr­oughout his life. Plus, when senior fam­­ily members are elevated to judgeship or retire, their children enter the council. It has become political. Many functionaries of bar councils spend more time in the bar council than preparing for their cases. We have recommended that there should be a cooling off period after two consecutive terms. The same rule is there even in the Supreme Court Bar Association.

What are your recommendations to cha­­nge the composition of the bar councils?

We invited all lawyers’ bodies, judges and judicial officers to come up with sug­ges­tions. Bar Council of India constituted a committee led by Justice (retd) Shivraj Patil, a former Supreme Court judge, and 10 sitting judges of different high courts. They recommended that apart from ele­cted members, the bar council should also have some coopted members from amongst senior advocates with a minimum of 30-35 years of experience at the bar. The suggestions we received and for­­w­­arded are inclusion of non-elected mem­bers such as in the ICAI (Institute of Chartered Accountants of India) and other professional regulatory bodies. We have suggested a maximum two terms for the nominated members.

Can you have non-lawyers in the Bar Council? Wouldn’t you at least require members to be law professors?

There are non-doctors in the Medical Council of India and laymen in the regulating body for architects. You can have laymen in bar councils too, just as there  were in the jury system. They will participate in all functions except for voting dur­­ing no-confidence motions against ele­­­cted members. In the Indian Law Ins­titute, there were more than 55 per cent elected members and the rest were nominated and ex-officio members. Now, there aren’t any elected members as per changes introduced by the chief justice of India and the government. In the bar councils, they can introduce some perce­ntage and let the bar councils give their lists to the state high courts which can select from that list. These laymen members should also be on the disciplinary committee. These are not our suggestions but recommendations that have come in from various quarters.

What about lawyers going on frequent strikes?

It is a continuing menace, despite several judgements of the SC. Some have recommended to the Law Commission that this should be treated as a menace and whoever gives the call should be debarred from practice for a certain duration.

But lawyers will claim that they have a democratic right to protest.

We are not against protests but they shouldn’t go on strikes. For example, if there is a case against some big industrialist in a smaller court in a neighbouring state, he will take a senior lawyer from Delhi. So, local lawyers go on strike, since he hasn’t engaged a local lawyer. We have collected figures for five years from different high courts and scrutinised strikes and the reasons given for them. This also contributes to the high pendency of matters in courts. When I was the chief justice of Orissa High Court, lawyers wanted to go on strike because of the murder of a lawyer. Later, it turned out that the lawyer was the victim of a love triangle.

Who suffers when the lawyers strike?

When there are strikes or the court is shut, those lawyers with work do not sit around in dharna, but go home to prepare for other cases. It is those without work who agitate. It is the fundamental right of the litigant to get justice and the lawyer who goes on strike is violating this fundamental right of his clients. When the Supreme Court has held this in multiple orders and lawyers don’t respect apex court orders, why should they continue as lawyers? There may be grievances against judges or judicial officers, but these have to be solved through the proper channel, which lawyers are aware of.

The Law Commission has also looked at legalising cricket betting. What is your assessment?

Gambling is a state subject and Par­lia­ment is not competent to enact a law on it unless two or more states request it to do so. There is a question of morality here. A gambling addict can force his family on to the road and Articles 38 and 39 of the Constitution provides for protection and to prevent deprivation of society and children from immorality. The Contract Act also prohibits immoral acts and wag­ers. These legal issues have to be sorted first through repeals of existing laws. On the other hand, gambling generates both revenue and employment. The question is if states need only revenue, but Gujarat and Bihar have not prioritised revenue from alcohol sales. It is up to the priority and political will of the party in power.

But many have defined cricket as a game of skill....

The test is whether chance or skill is pre­dominant in the game. In rummy or poker, you can count cards and it is considered as skill. The same is said of horse-racing, but often you find out that a horse was doped. In cricket, police inte­rcepted messages that matches were being fixed and it came out much later. In a recent seminar in London, there were casino owners, gaming regulators, legislators and so on and we studied how to proceed if we do recommend gambling.