“It Is Convenient To Express Your ­Hatred, It’s Scary”

Actor Anushka Sharma opens about her character in 'Jab Harry Met Sejal' and what it takes to be a good actor... 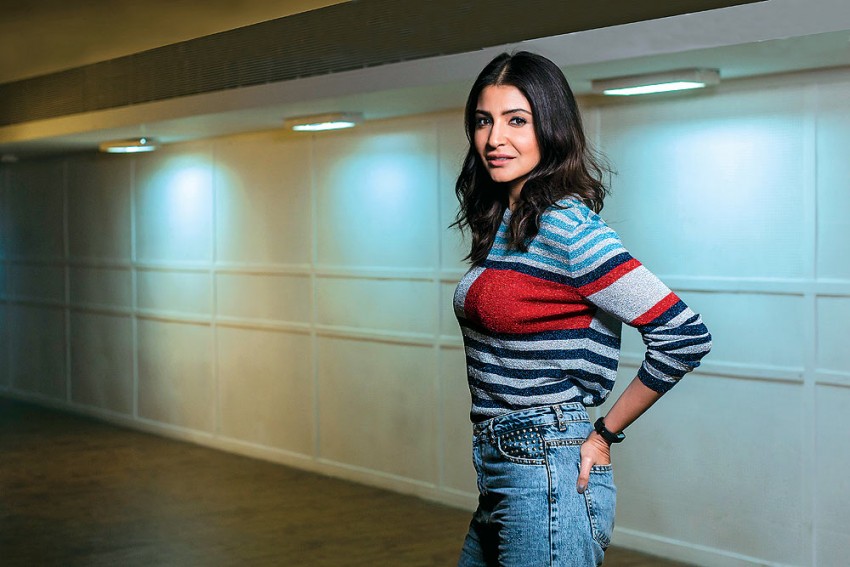 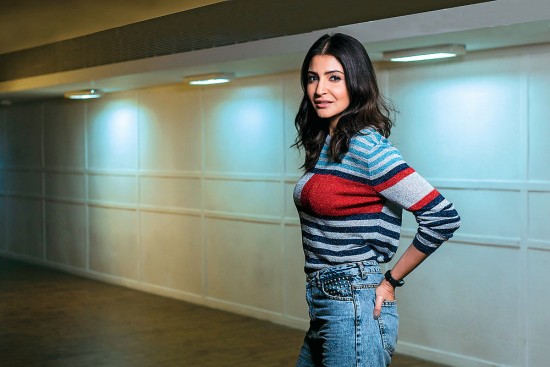 Anushka Sharma is in the middle of promotions for Jab Harry Met Sejal, her third film with Shah Rukh Khan and first with director Imtiaz Ali. Amidst busy schedules and chaotic times, she finds time to talk to Prachi Pinglay-Plumber about love and life.

Imtiaz Ali is known for love stories that are sensitive and modern. This film also looks like one of them.

There’s a lot of depth in his love stories. They’re very real. What you see in his films is likely to be something that you have experienced in your life. The kind of insight he has into a man-woman relationship is very pure, perhaps untapped. You may be seeing it for the first time on screen—the moments that his characters share between each other—and you go, “Yeh dekha toh nahi par aisa hota hai”, I think that is what people relate to the most. His understanding is nuanced and there is depth in its portrayal…There is a philosophy behind things. His characters are flawed and complex, but love becomes a leveller between them and makes them come into their own and become better.

Other than the name, it’s nowhere close to it. Also, you can’t put Imtiaz’s films in the genre of romantic comedy. The comp­arison to the Hollywood rom-com is ine­vitable as people haven’t seen the film yet. When it releases, this will be put to rest.

What is your idea of love—anything that appeals to you from literature, plays and movies?

After everything I’ve understood about love or read and grasped through the world and the environment around me, I feel that love has to be selfless and it has to be all-accepting. The problem occurs when we try to box people into something. When you are truly accepting in love, you give them room to truly understand their flaws and change on them. It has to be very patient. It has to be very gentle. And it really has to be unconditional. Love cannot have conditions. I don’t mean only man-woman love, but only when you truly love without conditions will you understand the power of this emotion, which makes the world go round.

How did you go about playing your character Sejal?

At the heart of things, Sejal is very different from what I identify with. She has absolute lack of depth as a person, she is superficial, interested in upar upar ki cheezein. That’s just the way she was brought up. She is also very street-smart and knows how to get things. And that is why Harry and she keep conflicting. But she is very clear-hearted. I was very ­excited to be able to portray a character like Sejal. Sometimes when you play a character that you don’t associate with and would probably judge, you have to really understand it. You need to think like the character and not like yourself. It’s a beautiful journey—of Sejal becoming who she truly is.

Yes, that doesn’t sound like you. You once said that perspective is what separates you from others in the industry. You took a plunge into production early on. How has the journey shaped up?

Since I was a teenager, I’ve been in search of my identity…wanting to know who I am. It would torment me also—why I was restless about these things. Since then, I have constantly been in touch with ­myself. I am very introspective, trying to find the finer meaning rather than just superficially understanding life.

“I’m constantly looking for inspiration. I believe in magic and myths. I like all of that. It gives me lot of ­imagination as an actor.”

I think that has really helped me as an actor and added to my understanding of people. It’s your observation and deep insight into the world that allow you to tap into it, use it and portray something on screen that creates those liveable, ­ever-lasting moments. I think whatever has tormented me, has been beneficial. The more you get in touch with yourself, the better actor you become. I am not a trained actor, but when they do acting workshops that is what they really do. The really good actors are the ones who are in touch with themselves and in control of themselves.

How much of it is consciously done? Is there anything or anyone specific that has inspired you or changed you?

It’s an ongoing process. Developing myself as a human being is equally ­important, if not more, than developing as an individual, as a star, as an actor.

I’m constantly looking for inspiration, looking for the deeper meaning of things. As a 12-13 years old, I was reading Many Lives, Many Masters and the Auto­bio­graphy of a Yogi. It was making so much sense to me than the real world. I would understand the real world because of that. I believe in magic and myths. I like all of that. It gives me lot of imagination as an actor. Many Lives talks about something that is not tangible. Even spirituality is something that you cannot explain but only experience and feel.

Did you not find it difficult to fit in this world, this industry?

Something that I am working on a lot is to not change in changing circumstances. Hardships, success, failure, good thi­ngs…I want to be the same. That will be the true victory as an individual. This place helps you in that, constantly cha­nging and challenging you. This place is a great teacher. There are so many gurus I have in this place. Things are being thrown at you constantly, your ego is being tested and so are you. You can look at it in a negative way but at the same time, if I can stand on my own in a place like this, then I have made the most of it. I am happy that I have managed to do the work I have done and I have been accepted for who I am or my decisions. I have had a good run here.

As a producer, how do you look at the expansion of the digital platforms?

Yeah, I think it’s a huge avenue. It is highly accessible to people who can watch it comfortably sitting at home. As a producer I am getting involved. We have a tie-up with Amazon Prime for a series. I’m not acting in it but we have collaborated with them. It’s a great thing because I ­really enjoy watching those TV shows. You can take a lot of risks with the platform because people are open to seeing there. NH10 would be a great digital film.

You started your career with SRK. How is working with him now?

I have known him personally for the past few years now. Even in my first film, he made me feel welcome and comfortable. He gave me the kind of support that a newcomer can only dream of. I have a lot of respect for him. We are getting to do different films, where characters share different equations with one another. This film too will be something memorable. I am very ­excited to seeing people’s reactions.

So many films are set in small towns now. What is it that is drawing commercial films to these places?

The milieu is interesting for people. It has a different texture, character and a different look. Our country is so diverse and you can show that. Get into small towns, their interiors, show their stories. It’s a different experience for the audience. It is the inclusion of different cultures, which is what cinema should be about. Cinema should be about what you have not seen before, a new view point, stories of all kinds of places, ­different people.

Also the subjects are more edgy. Is Bollywood chucking the formula?

We cater to the kind of things people want to watch. There is lot of acceptance of indie ­cinema. People want to see something new. They want to have an experience which is different. I am very happy for this welcome change. It’s something that will enable us to help diversify as an industry.

Is there anything that bothers or worries you in this changing world?

Generally, it’s the hatred that there is in the world right now. People are quick to hit out and form groups and hate. I am a ‘live and let live’ kind of person, it bothers me. I believe in being less judgemental and more accepting of each other, but that is just not happening. People are so quick to respond, to value and to judge. It’s sad. This is not great progress. I am not talking about country or religion, but as a community of human beings, it is sad that we are heading in this direction. It is convenient to express your hatred and it is accepted, which is scary. No one is saying that this is weird, that it is happening. Collectively, people are okay with it and that is sad.

The Frame Can Be Wider