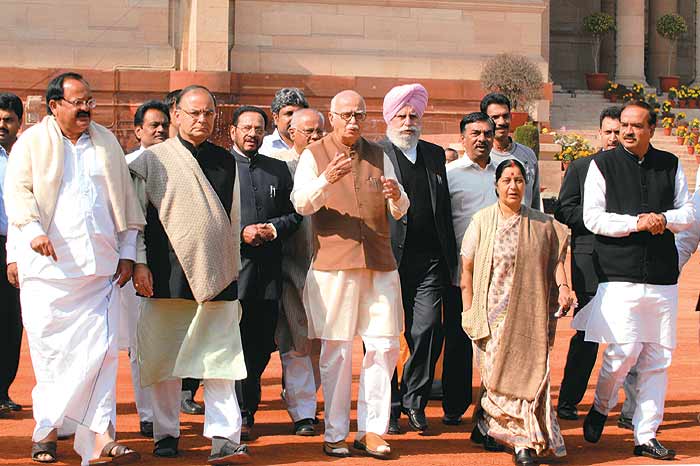 Karnataka CM B.S. Yediyurappa may not be getting much support stateside, but the BJP central leadership seems to have decided that they are staying by their man. At least, for now. It wasn’t just a show of solidarity for the waiting media contingent when they went to meet President Pratibha Patil to ask for the recall of Karnataka governor H.R. Bharadwaj. The support has come right from the top. The RSS-backed Yediyurappa has found strength from both party president Nitin Gadkari and party stalwart L.K. Advani (who, sources say, was hesitant earlier). Party sources confirmed that a change in leadership has been completely ruled out and that dissenting voices from a month back have quietened on the issue.

The reason given is simple: a government in Karnataka is imperative for the party now to have a foothold in the politics of southern India. Privately, earlier Advani has on many occasions described Karnataka as the gateway to southern India for the BJP. Party president Gadkari is reassured by the RSS backing for him and Yediyurappa, and has come out and said that the latter’s shady land deals are at worst “immoral”. Sources close to him confirm that Gadkari is convinced that much of Yediyurappa’s problems in the state stemmed from mischief-makers within the party.