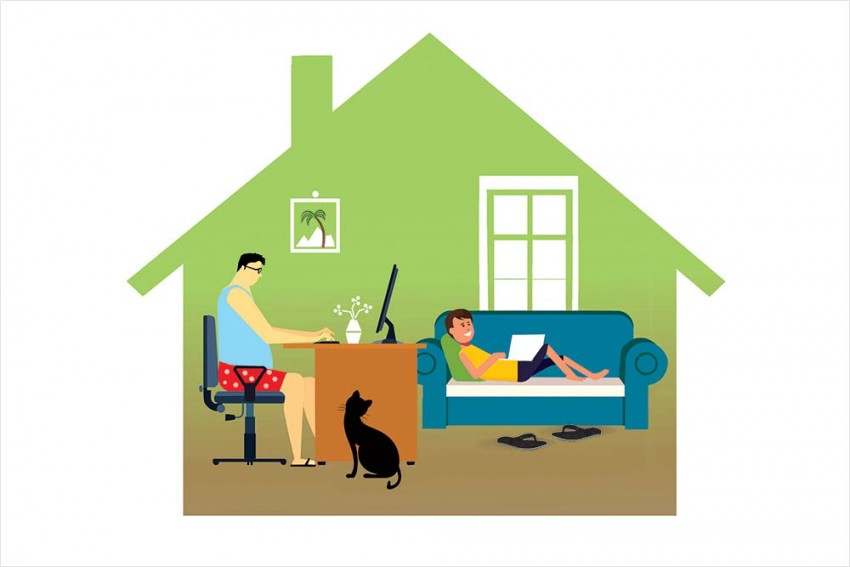 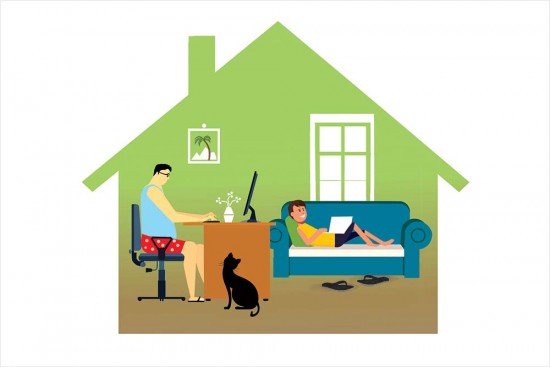 The 17th century French mathematician and philosopher Blaise Pascal said that all the troubles of humanity came about because of the difficulty men had in simply being happy to sit alone in their rooms. More than half the world is currently sitting alone in their rooms—and many are thinking of happiness past and happiness future, but remain uncertain about happiness present.

More men and women are being forced to work from home (or ‘WFH’ to give its scientific name). ‘Social distancing, but digital closeness’ is the new mantra. “Only connect,” E.M. Forster told us, and we haven’t really had the time to gather our fragments together. Now is the time, since we are disconnected from everything else.

I am one of the lucky ones, and grateful for that. When other professionals complain about their daily commute, I get a glazed look in my eyes—or so they tell me. That’s because my daily commute is a few seconds: from my bedroom to the study. This has been my WFH routine for years.  It is amazing how much of our daily rush is avoidable, how many meetings are actually unnecessary.

Staying home is punishment for some, exciting for others, and a way of connecting with the family for all. This last can be a mixed blessing, though, as parents with bored children and children with boring parents are discovering now.

Hand-washing is fine, but my problem is face-touching (the virus has inspired double-barreled, over-hyphenated expressions). According to one study, we touch our faces 23 times an hour. One way out would be to wash our hands with cow’s urine rather than soap. But then, those who enjoy the stuff (the video of the cow urine party went coronaviral recently) will probably end up touching their face even more often.

In 1790, a French artistocrat Xavier de Maistre was sentenced to house arrest for 42 days for fighting an illegal duel. He spent his time writing a travelogue, Voyage Around My Room. “Heading north from my armchair,” goes an early chapter, “we discover my bed, which sits at the back of the room and creates a most agreeable perspective….” If that was all there was—a physical description of his room—the book wouldn’t have lasted the two centuries it has. But there is much more.

The epigraph tells us where he will take us: In many an author of great learning I have read/ that one gains nothing by roaming the world too much.

There you have it—how to see a world in a grain of sand, or from within a single room.  It is an inward voyage too, and sometimes reads like a youngster talking to the world on Instagram.

“They may have forbidden me to travel through a city,” de Maistre writes of his confinement, “but they left me the entire universe: infinity and eternity are at my command.”

Do Mind The Gap

Post-virus, let’s hope some of the good practices remain. Like better hygiene and social distancing, especially in queues.

We are terrible in queues. Stand in one at a bank, at the airport check-in, or waiting to board a flight and you will feel the breath of the person behind you in your ear. Sometimes a chin on your shoulder too, as an attempt is made to check out your newspaper or book. Personal space is an alien concept for many.

All these years I have had no problem with WFH. I take breaks, I read, I plan to organise my books or clear my desk (occasionally getting beyond the planning stage), watch television, speak to friends, make to-do lists and stick to them.

Now that I am forced to do it, the system has gone haywire. When you can do anything you want, you end up doing nothing. Lethargy rules. You procrastinate. You make excuses. You blame the virus. You suddenly discover the power of Pascal’s isolation.