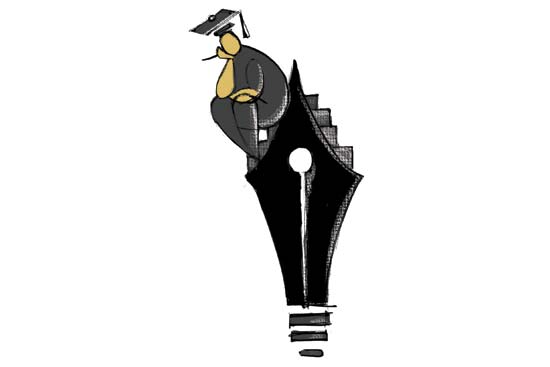 I have never appeared for the IIT joint entrance exam (IIT-JEE) and have no regrets for not doing so. But I have ‘coached’ several hundred students to crack the test—among them 333 poor and meritorious students mentored under my Super 30 programme. Many of them keep in touch with me, reach out for guidance, and that’s how I have some idea about the IITs. And I am worried. I have also had the good fortune of being invited to deliver lectures at some of the best universities in the world and I have seen how classes are conducted there. What has never failed to strike me—at Harvard, MIT or at institutions in Tokyo—is how relaxed the professors and students are in class. The friendly vibes, the light-hearted banter and the informal interaction, even over serious subjects, have never failed to inspire me. In sharp contrast, students at IITs tell me that most of the lectures are “boring” and “bookish”, with professors intent on writing on the blackboard. Students, meanwhile, keep themselves busy updating their Facebook status, chat on WhatsApp and keep an eye on the watch.

But even if one disregards such possibly subjective impressions, the answer to the question ‘Are IITs declining as a brand?’ is just blowin’ in the wind. I personally know of several IIT-JEE toppers who were so disappointed with the IITs that they opted out.

A brand needs to reinvent itself. It also needs to keep its reputation untarnished. A brand like IIT can’t be setting wrong questions. Last year, questions worth 18 marks were wrong.

A brand needs to reinvent itself from time to time, have the confidence to acknowledge mistakes and correct them. But I am afraid the people at the helm—those in the human resource development ministry and those administering the IITs—find it safer to hide behind the awesome reputation that the brand has enjoyed so far. A ‘brand’ like IIT is not expected to set wrong questions, for example, in an entrance test. Last year, questions carrying 18 marks were wrong, forcing the examination controllers to award 18 marks to all those who attempted the questions as well as those who understood the questions were wrong and did not attempt to solve them. Two years ago, there were mistakes in questions framed in Hindi, while this year also, several questions happened to be wrong. Trust IIT not to admit to mistakes. But such mistakes take a toll. They destroy the self-confidence of students. And those who, in the mistaken belief that IITs can do no wrong, attempt the questions, waste valuable time. 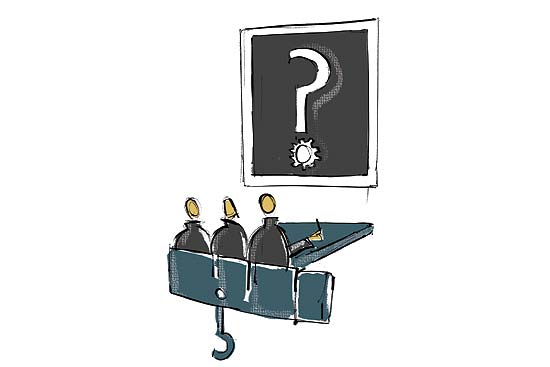 Last year, our IITs failed to fill up as many as 769 seats. What this means is that several thousand students opted against joining the IITs even after cracking the entrance test, which was described by the New York Times in 2005 as even more difficult than entry into Harvard University.  It’s true that most of these seats remained vacant at the newer IITs, where infrastructure is yet incomplete. But then why increase the intake when the facilities did not exist? One cannot gloss over the fact that IITs are in a deep crisis. Individual IITs, especially the older ones, may not feel the dilution immediately, but those of us who are outside and yet have regular interaction with IIT students and faculty cannot help but be worried.

Many experts say IIT-JEE question-setters themselves would find their papers way too difficult. Perhaps that’s why IITs only post answers online, not explanations.

There was a time not too long ago when IIT graduates would receive several job offers even before they passed out. They would then take their time weighing the offers. But I don’t think anyone today will dispute the claim that around 35 per cent of IIT graduates today are without jobs. When an alumnus like Infosys founder N.R. Narayana Murthy questioned the brand value of IITs, the HRD ministry should have sat up and taken notice. But I find no real sense of urgency in the establishment.

I have been opposing the ‘new system’ of sel­ection introduced by the HRD ministry during the UPA regime. I also met the then minister and tried to convey my concerns. But perhaps because I am more at ease with Hindi, they do not seem to have made much sense to him. Strangely enough, while on the one hand the government claimed to be concerned about the ill-effects of coaching on students, by introducing two tests it doubled the pressure on students and made it even more urgent and necessary for them to seek ‘special coaching’. They now seek coaching first for clearing Std xii, then the main entrance exam, and then, finally, the advanced test granting admission to the IIT.

The HRD ministry had then claimed that the new system would reduce students’ dependence on coaching. But the reality has turned out to be worse than I had feared:

Finally, I believe the elitist approach of the IITs to favour well-heeled students who attend good schools, have the support of their families and can afford textbooks, tuition, computers and coaching in Kota is self-defeating. I say this after having taught hundreds of students from essentially a rural background, who are poor and who have studied against heavy odds even to reach the higher secondary. I have no hesitation in saying that many of them are extremely talented and have very sharp minds.

It is a great pity that they take a knocking in life and at the IITs only because their command over the English language is not good enough. Why is this not a handicap in China, Japan, France, Germany or Russia?

So Much For So Little?