India's next refugees: the climate-affected 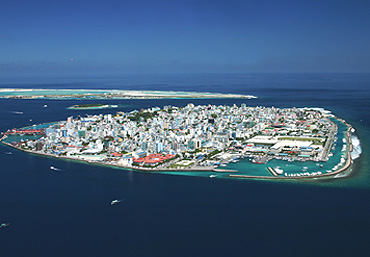 The Maldives is one of the flattest countries on the earth. The highest point here is the world's lowest, at just 2.3 metres above sea level. In fact, most islands in the archipelago are just over a metre high. This makes it exceptionally vulnerable to rising sea levels, which are predicted to go up by as much as one-and-a-half metres before 2100.

The radical idea of relocating climate change refugees to India follows a report released by IIT Chennai professor Sudhir Chella Rajan last year. A project for Greenpeace, it says that refugees in the region could be headed towards India. Like the Maldives, the report estimates, Bangladesh too will have 75 million climate migrants seeking refuge in India.