A very welcome, refreshing and poignant tale of Mumbai. 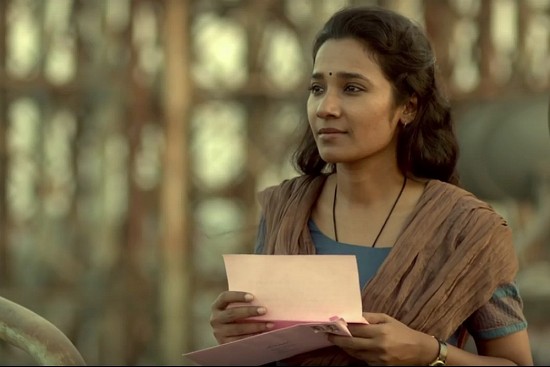 Slightly weary of films set in Mumbai with its underworld, mixed with slums and chawls, dance bars, Ganpati or Dahi Handi processions and the film industry, Island City turned out be a very welcome, refreshing and a poignant tale of the city, which is built on islands and rampant reclamation.

Produced by NFDC and written and directed by Ruchika Oberoi, the film has three stories, all dealing with loneliness and monotony and the unbearable but inevitable grinding routines of urban lives that leave no room for emotions or their expression.

The opening sequence itself, is of neither Marine Drive nor Dharavi, but a montage of the glass façade buildings that mark the new age of development (which are bad clones of buildings in the West built for cold climates and make no sense for Mumbai). The intimidating monstrous buildings have thousands of men and women working tirelessly, endlessly. They remind you of creatures that are somewhere between ants and robots. It is here that Vinay Pathak has been assigned the task of having fun, as a winner of the fun committee award. He carries on with those tasks, voucher after voucher in a glitzy mall, desperate to get back to office to complete pending work, until he actually does get back to office, to change things forever.

The first story sets the tone, which is only accentuated by the other two. The second deals with a family -- wife, mother-in-law, two sons -- trying to cope with the hospitalisation of the man of the house who is in coma. Amruta Subhash (wife/daughter-in-law) and Uttara Baokar (mother-in-law), bring the quintessential middle class Marathi "sansar" driven by moderate incomes, pressures of social behaviour and a strange camaraderie between saas-bahu, which seems rather natural in the backdrop of patriarchal aggression. Even as Purshottam, the protagonist of a television...