Is The Case Open-And-Shut? 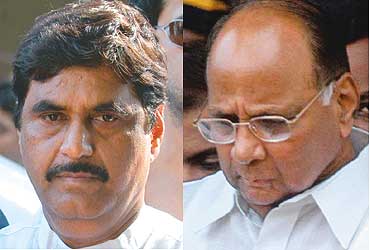 In fact, the understanding on the first day itself was that Mahajan’s recovery could help the police determine the exact contours of the case, that it made sense to wait for his recovery. It helped that Mahajan counted NCP’s Sharad Pawar among his closest friends in Maharashtra. Pawar’s chosen man, R.R. Patil, heads the home ministry in Maharashtra. Sources say that the police were, indeed, given a free hand to deal with the case, so free that the victim could possibly have a say in framing of the case. In fact, the way the charges will be pressed against Pravin would depend on whether Pramod survived the attack or succumbed to it.

Independent investigations on other angles and for motives other than those elucidated by Pravin are unlikely to unfold. They could be too embarrassing or scandalous for the BJP and the entire family, and that’s something Pramod Mahajan would never want. As one of the men in the investigating team remarked, "There’s always a difference when we deal with political families and others, everyone has to be more conscious of reputations when a case involves a politician especially as high-profile as this. In this case, politicians as well as the family have closed ranks. How far the police can go is anybody’s guess."