There lies a cautionary tale embedded within the massed armour of charges—silences, selectivity, and perhaps questionable motives 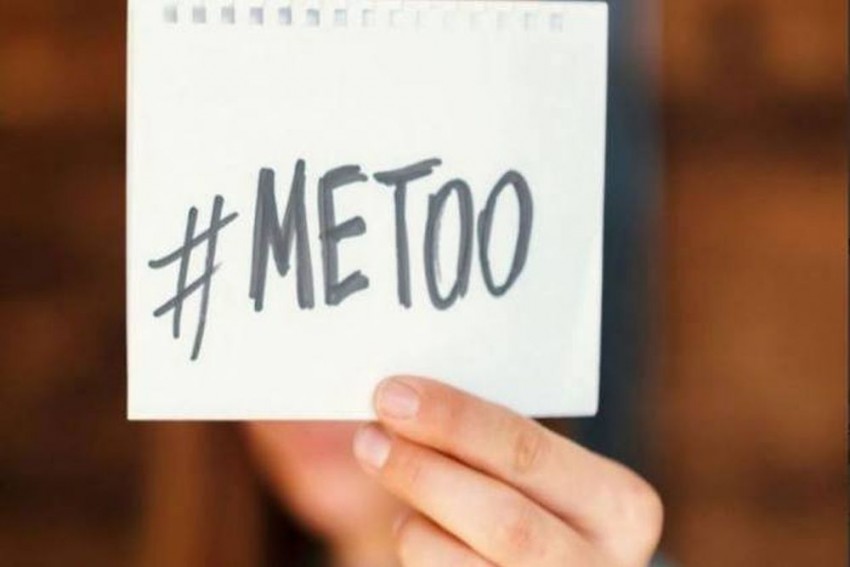 Make no mistake, this is a story with more than one side. Indeed, more than even two. Simple binaries of black and white will not capture the large zone of grey that lies between the two. On the one side, there’s an organic revolt against institutional patriarchy—empowered by a simple war cry, #MeToo, and amplified by the enabling tools of social media. On the other, there are troubling questions. Both motivated sceptics and an honest devil’s advocate could ask these questions, and they must be honestly confronted if the #MeToo spirit is to continue speaking in the name of justice.

Some questions are of a general nat­ure that involves us all. Beyond the open-and-shut cases of outright predation from positions of power, does it confuse flirtation with harassment? Where’s the line to be drawn when everyone has a different line? Does it victimise men for playing initiator? Is this Men vs Women? (It is not; for one, there are men and women on both sides of the argument). Some questions flow from the very limitations of the format of revolt. Doesn’t it leave too much room for fake allegations? (Yes, it probably does. One case of a senior journalist, Siddharth Bhatia, seems riddled with genuine doubts. One from the world of entertainment, Varun Grover’s case, awaits a final word). And, as an extension, can’t it become a tool for the play of agendas? Can’t it become a form of ‘exemplary’ and showpiece justice, and thus be selective?

Two incidents from the media—which has been buffeted by a flood of ‘outings’—would suffice to nail that last one. Two cases, in fact, from the same media organisation.

Prashant Jha stepped down as political editor and bureau chief of Hindustan Times on Monday, October 8, after being accused of sexual harassment on Twitter by his former colleague, Avantika Mehta. Mehta posted screenshots of the incriminating WhatsApp conversation with Jha, which seems to have taken place after she stepped down as senior correspondent from the organisation in 2016. (The screenshots see Jha trying persistently to ‘hit on’ Mehta, despite her objections.)

However, Dhrubajyoti Purkait, ano­ther journalist with Hindustan Times who has been accused of sexual ass­ault on Twitter, continues to work with the organisation without even a wrap on knuckles. “I found out that, within some overlapping circles of Delhi gay men who date each other, this person had a reputation for not respecting people’s personal, physical and sexual boundaries. Wrongdoing had happened often, and persistently,” wrote activist Amba Azaad on September 25. Two days later, a publicly contrite Purkait took to Twitter: “Since yesterday, I had several conversations and suggestions with friends, former friends and people I was intimate with to rectify conduct. Have also spoken to people I dated...taking responsibility, unconditionally apologising. Seeking community and professional help to ensure it never happens again,” he wrote.

In an e-mail response, HT mentioned taking cognisance of the allegations brought against Jha and another staff. “We have our core values that guide us in everything that we do.... At HT we have a very clear policy on sexual harassment, as mandated by the Supreme Court in earlier days and now by the Law. All complaints rep­orted to the committee are taken very seriously. POSH committee at HT is chaired by an external female member.... We are ascertaining full facts in both cases....” wrote Dinesh Mittal, HT’s general counsel and company secretary, in the reply dated October 8, only a few hours bef­ore Jha stepped down.

But Outlook still awaits a response to a second e-mail on Purkait. Despite his public acceptance of being in the wrong, the company has maintained absolute silence on the case. As for Purkait himself, he refused to res­p­ond to questions, stating he needs to “seek clearance from the organisation” before doing so. The disparity in the way even one media giant has cho­sen to res­pond in two cases shows how—after everyone voyeuristically consumes the lurid stuff on Twitter—the ends of justice may not be uniformly served.

Thus, on the brink of what seems a historic moment where women victims have been enabled to break through layers and layers of stifling institutional power, we are also presented with a rich lode of ironies. Those from the entertainment world who made careers out of their ‘wokeness’ being named. Lobbies pouncing on exposes against rivals. Even the stray woman ‘predator’ being named. The threat of the discourse getting lost in a cloud of ‘he-said, she-said’ shouting matches is looming large just a week after the floodgates opened on entrenched misogyny in Indian institutions.

The flame-throwing nature of the #MeToo phenomenon was deemed necessary. But will the attempt to make workspaces safe for women alter even ‘normal behaviour’? “The workplace is contextual. Harassment can happen outside one’s workplace too. For us as Indians, this is a different kind of moment. You can give it whatever name you want, it doesn’t matter. We’re not saying men should never make the first move; in that case, many of us would never have been in a relationship. But the smallest offence that is non-consensual is problematic,” says senior advocate Rebecca John.

The outrage over the gangrape of Rajasthan health worker Bhanwari Devi had finally led to the Supreme Court’s Vishakha guidelines back in 1997. #MeToo shows nothing changed in offices. Will this wave in turn prompt any relook? “What’s striking is, despite all the evidence and naming, the reluctance of organisations to come forward and acknowledge this as a major problem. The organisations would ideally have to step up and say we knew about this, but we didn’t do anything, now we’ll have to find ways to address the issue. Instead, the debate is about false accusations, and ‘why talk about it after so many years’, all of which deflect from the main issue,” says social activist and publisher Urvashi Butalia.

The inbred resistance of organisations to cleaning up is rather blatant in the case of comedy collective All India Bakchod (AIB). On October 4, writer Mahima Kukreja tweeted her experience with comedian Utsav Chakraborty on Twitter. The thread had details of allegations made by others who had come out to Kukreja about Chakraborty’s misdemeanours. As the kitchen got progressively hotter, AIB duly put out two contrite statements over the next two days, saying they “condemned” Chakaborty’s behaviour. The man, meanwhile, quit and was back in a “freelance capacity”. (“That’s on us. We made a big mistake.”) It took ano­ther wave of exposes on October 8—this time with allegations surfacing against Bhat and fellow co-fou­nder Gursimran Khamba—for the bell to toll with more ominous finality for the four-man-band that was “Making cool shit for young India”. A similar trajectory—silence, denial, reluctant movement and finally ack­nowledgement only after the waters rose above the head—was seen in the more famous case involving Phantom Films.

But social media was getting roiled more by the questions that were tough and slippery to negotiate for everyone. Journalist Nidhi Razdan was lambasted for a tweet (refer to main story) that had people asking her what, to her mind, qualified as harassment. In an int­eraction with Outlook, the NDTV exe­cutive editor clarified she was “not justifying lewd behaviour; NOT justifying a boss hitting on a junior. I am just saying a bad date or relationship gone wrong isn’t #MeToo; a guy asking you out isn’t a predator. We don’t have rules that forbid dating in the office like many companies do abroad. The lines get blurred sometimes. It’s totally a woman’s call, if she’s uncomfortable or not. If someone isn’t backing off or you feel uncomfortable, that’s harassment.”

Sandhya Mridul and Swara Bhaskar, Bollywood actresses, joined the debate, encouraging people to refrain from bringing in their personal agendas and tainting an emancipatory moment. “Dear women. I’m requesting you all…please do not make false allegations and derail what is an extre­mely crucial movement. Please. Just the truth. No personal agendas. No lies that disempower the truthful. Thank you. Much love,” Mridul tweeted. In two tweets on the Varun Grover case, Swara Bhaskar too voiced some of these anxieties: “It is imperative that anonymous accounts be discouraged. Brave women are sharing their names and stories.... I’m not disbelieving anyone, I don’t want to dilute anyone’s story. (But) we need thorough investigative journalism that questions both alleged perpetrators & victims....” Actor Siddharth, very pro-MeToo in his tweets, also implored men to not “become collateral damage” and to come out if being unfairly “targeted by vested interests piggy-backing on the #MeToo movement”.

Not naming oneself, of course, can come from a place of powerlessness, and mostly does. An interesting variation is where even powerful women choose to adopt the safety of anonymity—not for themselves, but by leaving the perpetrator in a “guess who” haze. As for those named on social media, many either issued apologies, left their Twitter accounts behind or waited for their organisation to issue statements; some came out swinging with vehement denials. Lyricist Varun Grover joined the latter list, with an elaborate denial about an alleged incident from 2001 in BHU, while acknowledging: “I know it is hard to reconcile the two—‘Believe women’ and ‘Don’t put any allegations on me’.”

Bhatia, co-founder of The Wire, too spoke of “wild allegations”—no person with the accuser’s name seems to have been employed in DNA at the time the incident was alleged to have taken place—and expressed readiness to face “any independent enquiry”. (Meanwhile, #MolesterAtWire was made to trend by known right-wing accounts overnight.)

Wild allegations about me are doing the rounds on Twitter. ⁦@thewire_in⁩ too has been dragged into it. Here’s my statement about it. I would also urge fellow professional journalists not to fall for rumour and innuendo. pic.twitter.com/6J4uCIOwnv

“All of this does lie within defamation,” says advocate Prosenjeet Banerjee, and the accused “has the right to haul the accuser to civil and criminal courts”. Senior advocate Anand Grover says, “Frankly, it’s not possible to decide on the basis of tweets. It’s one word against the other.”

On the basis of evidence till date, the case of Kunal Pradhan, HT executive editor, is similar. He was accused by an anonymous complainant of telling her: “You be my Chinese doll. Waise bhi, you have chinky eyes” (and a whole lot else). Pradhan filed a complaint with the Delhi Police cyber cell, reporting that the Twitter handle was created the previous day, and tweeted about how “MeToo can get hijacked and derailed by malicious people who want to settle personal scores”.

I have been mentioned in a series of tweets by an anonymous account that was created yesterday, detailing a fake conversation with a fictitious person. We have contacted Twitter, reporting abuse and harassment, and I have filed a complaint with the cyber cell of Delhi Police.

Unfortunately, this is how an important movement such as Me Too can get hijacked and derailed by malicious people who want to settle personal scores. Let's stay focussed on the real stories/testimonies.

It’s these exact doubts that had dogged the famous Raya Sarkar list on sexual harassers in academia last year—India’s first #MeToo moment. The core team that handled it insisted they had doubly confirming layers of verification and authentication, but that could not save the project from buckling under its own contradictions.

Ironically, #MeToo’s enabling features—anonymity, naming and shaming, accusatory justice—may also be its liabilities. If organisations must be made to behave responsibly, #MeToo may also need a touch of redemptive institutional process. It’s badly needed for sure, for the oppressive structures are very intact. Take only the case of journalist Nasreen Khan, who spoke of how the BCCL management “scuttled” her demand for a probe against her former boss at Calcutta Times, Satadru Ojha. The crowning indignity, she says, came when higher-ups told her, “The boss is like a husband and I must learn to adjust”.