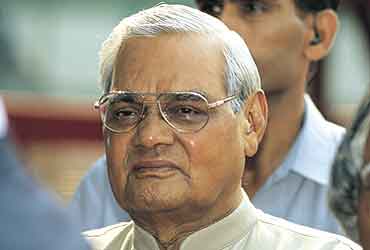 Of course, if this involves a break with what the RSS describes as its core ideology, Vajpayee, going by his recent statements, seems rather keen on it. In the last few years, Vajpayee's stated positions have rankled the Sangh parivar on a series of issues. Witness the RSS's open criticism of his "appeasement" of Muslims, of his critical statements on Gujarat, of his "inability" to build a temple at the disputed site in Ayodhya and the differences in approach to liberalisation. In June 2003, RSS chief K. Sudharshan accused Vajpayee of "lack of clarity of vision" when dealing with Pakistan.

But nothing can be quite serious as this latest salvo. His insistence on raising the Gujarat issue is likely to embarrass not just the hardliners, but also the young turks in the party. Leaders like Arun Jaitley and Pramod Mahajan, who were openly defending Modi, are likely to be put in an awkward situation. But in his current mood, Vajpayee appears past caring.