Manmohan injected resilience in US ties 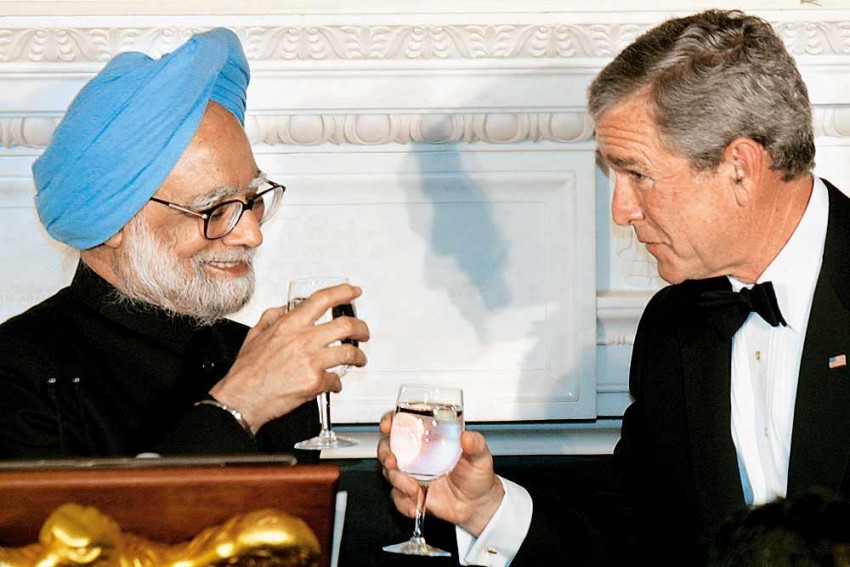 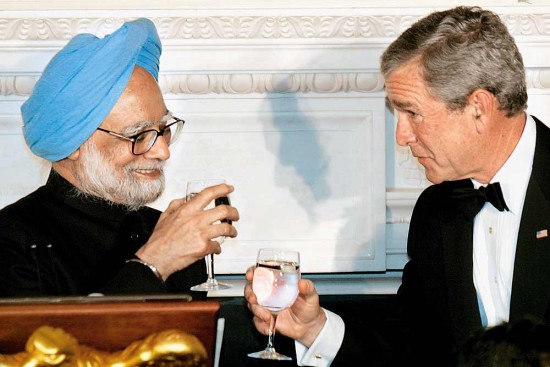 When it comes to India’s relations with the United States, there is nothing ‘accidental’ about Manmohan Singh. His incredible assertion to President George W. Bush that most Indians ‘love’ him aside, “he knew exactly what he wanted and what the red lines were”, as argued by Manmohan’s advisors associated with the negotiations that led to the landmark US-India nuclear deal in October 2008. “He strongly believed that this was the right move for India,” such advisors argue. Ame­rican leaders well understood Man­mohan’s determinedness on the issue. Donald Rumsfeld, the former US secretary of defence, unhesitatingly acc­epted that the US was dealing with a ‘changed India’. What was exceptional about Man­mohan was that while he was committed to a nuclear agreement with the US, he deeply appreciated the need to keep India free from restraint, and this when, in fact, India had zero cards in a game of nuclear aces.

Detractors, of course, make the opposite argument. They suggest that the politics and legalities around the liability bill—stalled in Parliament, and for good reason—has effectively killed the momentum for change. Manmohan’s attempts at transformation, they hence argue, were a waste of executive energy. This could not be further from the truth. For, what Manmohan did—and which few seem to accept—is to allow India the opportunity to access nucl­ear-related goods and material, such as uranium that India desperately needs, from any of the forty-odd members of the Nuclear Suppliers Group (NSG). Ironically, the NSG was created after India’s 1974 tests to curb the aspirations of states outside the Permanent Five. One can only hope that the liability bill will find a resolution suited to both Indian and American interests upon the formation of the next government.

Further, Manmohan’s advance rest­ra­ined America’s inherent temptation to link its relations to its ties with Pakistan. As the nuclear agreement was approaching finality, Con­doleezza Rice—the then US secretary of state—made her bid to twist India’s arm. She “made plain”, observers underline, “that India should consider negotiating Kashmir with Pakistan”. The “atmosphere changed immediately”. The PM did not hesitate. He could not care less about what America was doing for India on the nuclear front. Kashmir was out of the question, and Rice was unequivocally told so. This anecdotal snapshot perhaps best exemplifies Manmohan’s cautious adv­ance. His doggedness changed the con­tours of what is the imperative bilateral relationship for India, but without ever losing sight of Indian interests.

Whilst in the last few years the prime minister has been consumed more by domestic crises, many have argued that India-US ties are no better today than when Manmohan first came to office. The so-called ‘Khobragade affair’, they assert, typifies this. No doubt such assumptions bear weight. There is bitterness amongst Indian diplomats and American officials. Yet, and as history teaches us, this is a relationship that has the incredible ability to move beyond narrower bureaucratic scepticism. The fact that the White House is considering heavyweights like Ashton Carter—a former senior US defence official—as the next ambassador, someone who is nothing less than excited about India, and that the current Ind­ian ambassador in Washington seems determined to re-energise this relationship only exhibits resilience. Man­mohan has done more than any former Indian premier to allow such resilience to take root on an equal footing. One can only hope that the next government is wise enough to learn from the immediate past in order to negotiate the future.

Chaudhuri is the author of Forged in Crisis: India and the United States since 1947 (HarperCollins)

In A Frigid State