The Reddys purge was on, then came Sushma Swaraj’s offensive 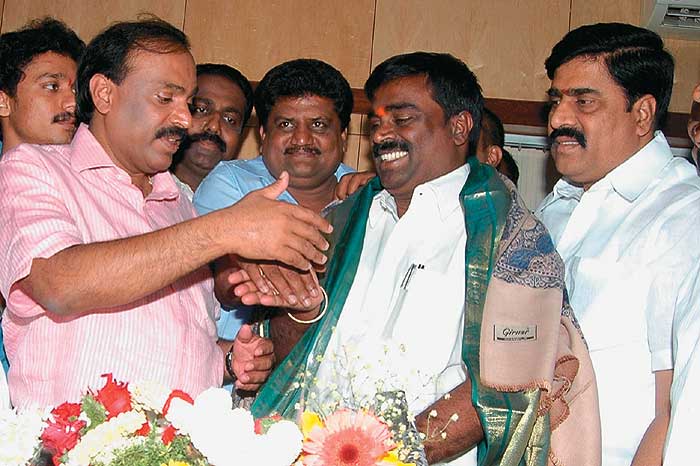 Gali Janardhan Reddy, mining magnate and minister for tourism and infrastructure in the Karnataka BJP government, is unfazed. There’s been increasing clamour for his dismissal with allegations of illegal mining and other misadventures of the Bellary brothers pouring in but the man is digging his heels in. Refuting all allegations, Reddy even claimed that he is “purer than 24-carat gold”.

Sources in the BJP, sharing details of the party meetings held in New Delhi on July 17-18 to discuss what to do with the Reddys, said top leaders were caught in a dilemma: how does one dump the influential Reddys and still retain the first BJP government south of the Vindhyas? L.K. Advani reportedly had a clear strategy. He is learnt to have said that there is no point in saving the government and paying for it with the party’s image. He also apparently added that there was no need to wait for any probe to indict the Reddys as their sacking is more of a “political decision”.

Later, at the core committee meeting chaired by BJP president Nitin Gadkari—with CM B.S. Yediyurappa present—the Advani line was taken forward. A ‘unanimous decision’ was taken to rein in the state’s mining lobby and boost the party’s sagging image. However, the purge was apparently grounded after senior leader Sushma Swaraj—widely perceived as protective of the Reddys—made a blistering attack on Yediyurappa. A source in the CM’s office recounted: “It was shocking to hear the way she spoke. She turned the tables on the CM and said that while he had benefited from the Reddys, she had got nothing but abuse. She went to the extent of saying the CM was fanning the opposition parties against the Reddys and that he was hand-in-glove with governor H.R. Bharadwaj, who had openly called for their dismissal.” After this unexpected berating, the CM fell silent and mutely agreed to meet the Reddys the day after.

BSY apparently even had the numbers worked out for a government minus the mining brothers. In his estimate, the Reddys had only the support of around eight mlas, who could be easily replaced as a few opposition legislators were keen to join his government. But he did not have many supporters in the central BJP, who thought it was “way too risky”. They were quick to remind him that when the Reddys had rebelled in November ’09, they had the support of 40 legislators ready to overthrow Yediyurappa. The CM may be ready to take the plunge and sack the Reddys, but it’s clear he finds his hands tied.