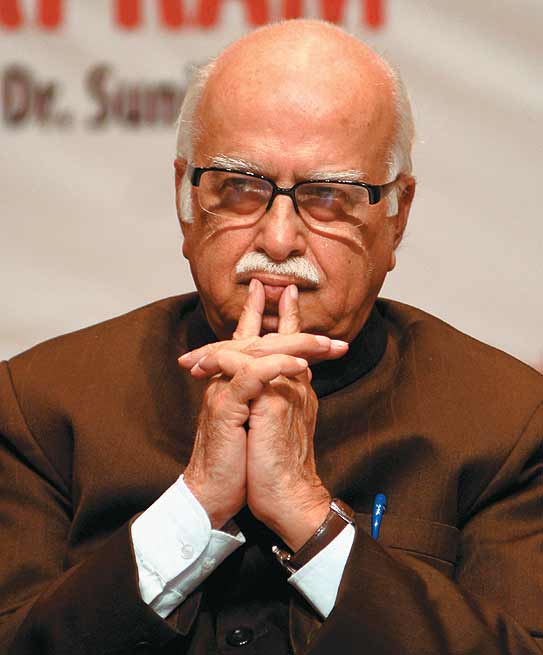 At 83, L.K. Advani rightfully qualifies to be the BJP.rsquo;s veteran leader in command. And that’s a tag that he is serious about keeping. Even if a section in the party may hesitate to endorse the ‘in command’ tag, Advani is certainly back ‘in action’. Thanks to his favourite opponent, the Congress, and the UPA and its scam-a-day report card, the BJP’s original rath yatri has suddenly found his voice and a sense of purpose.

So what does Advani do now? He invites the media to his house for press conferences. He travels as far as Calcutta and Kanpur to speak at office-bearer meetings and rallies and even picks up the phone to speak to the prime minister he loves hating. In between, he holds impromptu early-morning meetings with senior UPA ministers and plays the lead role in sorting out the Parliament logjam. He even keeps his weekends busy with joint rallies with, among others, BJP president Nitin Gadkari.

UPA-II and its scams have come almost as a godsend for Advani. According to party insiders, it is almost like he has been given “another go” at active politics. Ask party workers, and they will agree. After all, tales about Advani’s relevance have been doing the rounds since a few months ago. Sources confirm that privately, the BJP leader had confided in friends that he had little say in party matters because the Sangh had made him irrelevant.

But, suddenly, 2011 is turning out to be a different year for Advani. Subtle hints that he should “step down as NDA chairman” have suddenly been put on hold. Also on the backburner is the plan to turn him into a “statesman and father figure” by the BJP.

“Advaniji likes being in the news. It’s his second nature,” says an insider. And so he shares stage with young turk Anurag Thakur at the rashtriya ekta yatra in Delhi, turns up at the BJP headquarters late at night to pat the backs of his leaders of Opposition, Sushma Swaraj and Arun Jaitley, for their role in the yatra for the benefit of TV cameras.

“It’s not without reason that Advaniji now accepts just about every invitation to public appearances, whether rallies, conferences or book releases. He used to be very selective earlier,” says an aide. Not just that, the BJP leader has once again become sharp at drawing media attention. Which is why he met the press recently to say that NDA leaders will declare their assets.

The iron, it seems, has anything but gone to rust in the loh purush.

Why Everyone Loves To Needle Manmohan