Iron In The Bridge

How Tata Steel pays back its debt to adivasi society 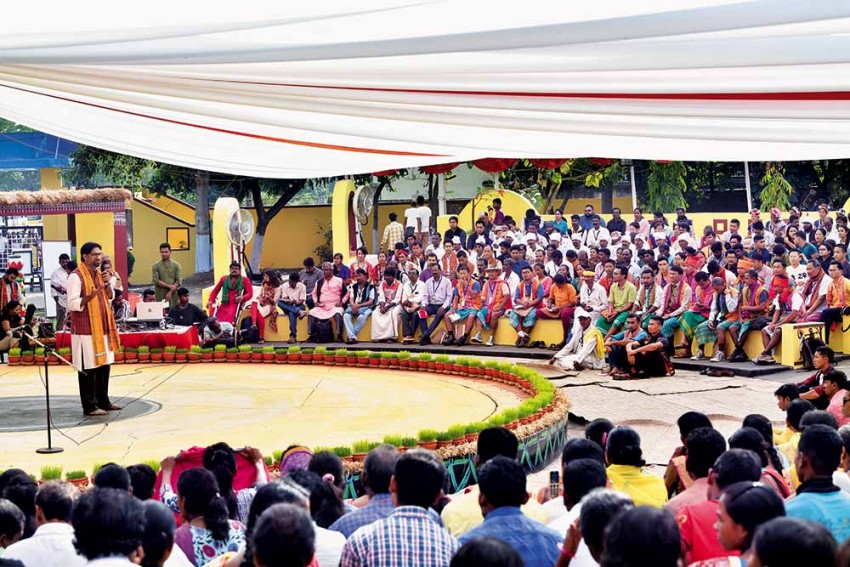 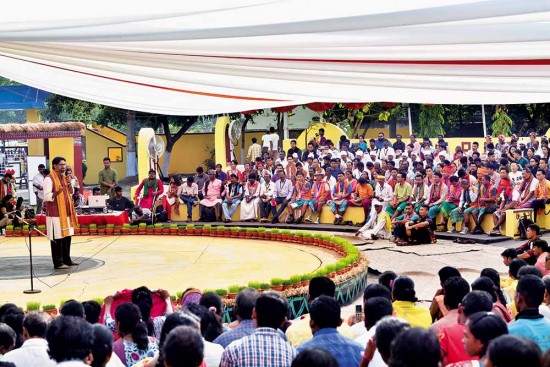 “Bfore coming here, I didn’t know we Nagas have better livelihood and facilities than ­tribals in states like Odisha and Chha­ttisgarh,” says Maram Students Union general secretary Bosco Kashung, who was among young tribals from 25 Indian states and 11 other countries at the rec­ently concluded annual Samvaad hosted by Tata Steel at Jamshedpur as part of its CSR activities. In its fourth annual edition, the platform resounded with inspiring tales of leadership, entrepreneurship, and individual and community efforts to improve the social and financial status of neglected, deprived or exploited tribals. “It’s a learning experience on how we can resolve our differences and help each other,” says Rakesh Bhuria from Jhabua, Madhya Pradesh. “After all, from New Zealand to Africa, tribals everywhere face issues related to land rights, forest conservation and protection of their culture.”

Kishen Mandavi from Bastar, Chhat­tisgarh, narrates how the Koel Bhumkal Kranti, started 15 years ago to conserve the environment, has finally taken off. “Only if villagers are given rights to water, land and forest will they take the onus to protect and conserve it for future generations,” says Mandavi. Women and child rights activist Shantha Sinha feels Samvaad gives a chance to become more aware. “The stories are of tribals striving for their rights and to conserve their identity, but within the system,” she says.

Tata Steel CSR chief Sourabh Roy says, “We are on lands that originally belonged to adivasis and are surrounded by an adivasi-majority population. Sometimes the adivasis expectations are more than merely transactional, hence the classic aff­irmative action argument remains and every box in it has to be ticked. Part of it is CSR. We can never claim 100 per cent success in bringing forward tribal perspectives, but we can strive to do our best.”

Tata Steel is running its anchor CSR programme on education—‘1,000-schools programme’—in 1,500 government schools across 15 blocks in Odisha and two blocks in Jharkhand. The programme seeks to implement the right to education. The biggest success of the programme has been in overcoming the language barrier through a three-­language formula. Thus, the school textbooks under the programme have the words in three languages—English, Hindi and a tribal language. Currently, Santhali, Ho and Mundari are the three adivasi languages used in the textbooks.

Roy narrates how the challenges to promote entrepreneurship led to the rea­lisation of the need for better understanding of tribal voices and culture. Samvaad is among several CSR progra­mmes run by Tata Steel, which is among 3,937 companies that are spending more than the prescribed norm on CSR activities. Besides Samvaad, it hosts regional conclaves and training programmes, helping forge better ties and understanding among various tribal groups.

All The School’s Walls