Society is economy. India must craft a new blend of the public and private to reinforce its foundations. 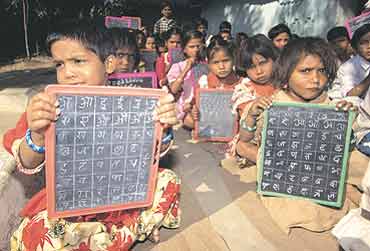 Over the last three years, according to the UNDP’s annual Human Development Reports, India’s position among 177 countries remains consistently low at 127. Our own Economic Survey 2006 notes that neighbours like China and Sri Lanka have improved their human development indices and also improved their relative rankings. For example, Bangladesh outperformed India in areas such as education, healthcare and gender equality.

This is happening at a time when we have seen a decade of high economic growth—of late as high as seven to eight per cent—even as we aspire to take our rightful place among the leading nations of the world. At its worst, such stagnation means that growth is not trickling down and, as a government, we have failed to give people a chance to better fulfil their basic daily needs. At its best, this means other countries are progressing much faster and we have to run just to catch up with them.

The malaise runs deeper than we can see. But it is clear that this growth has not translated into benefits in the social...