Washington keeps the heat on Iraq; Nepal mulls over the perils of holding polls and Punjabis have it good in Canada. 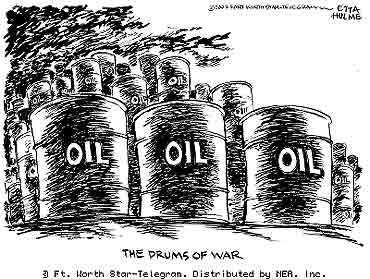 Washignton’s adamant on war in the Gulf, and Iraq and Saddam Hussein could just do anything. Early last week, Iraq told the UN that it was willing to allow arms inspectors into the country without any conditions. Russia and China thought the turnabout was a victory for the international efforts to defuse the crisis. Said Russian foreign minister Igor Ivanov: "Now our task is to ensure that the inspectors can get to Iraq as soon as possible." But Washington wasn’t impressed, claiming it was Saddam’s famed diversonary tactics. And the US has now started shifting the goal post. "This is not a matter of arms inspectors," said a White House spokesman. "It’s about disarmament of Iraq’s weapons of mass destruction." Popular belief is that the UN, under US influence, would impose such humiliating conditions on Iraq that Saddam will ultimately throw his hands up. In then will come missiles and stealth bombers.

KATHMANDU, NEPAL
Bloody Reminder
Nepal’s mulling over the perils of holding the general election on November 13. The question is, can candidates venture deep into rural Nepal to campaign? Solicitous politicians are asking the question because their belief that the Maoists are on the retreat was belied last fortnight. Within 24 hours, more than 100 people were killed in two districts. Subsequently, Maoist supremo Prachanda offered a ceasefire. Kathmandu has yet to decide on its response, but no elections on November 13 could plunge the nation into a constitutional crisis. Yubaraj Ghimire in Kathmandu

Sonia Gandhi’s Italian blood raises the hackles of many in India. But the "apnas", or Punjabis, have it pretty good in Canada. Punjab-born Herb Dhaliwal, the first Sikh cabinet minister, is among the few considering contesting the Liberal leadership once prime minister Jean Chretien resigns in 2004. And his being a Sikh isn’t a disqualification—in fact his ethnicity is considered an advantage. For, political analysts feel that Sikhs, who constitute a majority of the 5,00,000 Indo-Canadians, could influence the next federal election. Dhaliwal might eventually trade his support for either the deputy PM or finance minister’s post. But the campaign has underlined Sikh voters’ clout, wooed as they are by two most important contenders, former finance minister Paul Martin and Allan Rock. The jury, though, is out on whether Indo-Canadians vote as a bloc or unanimously support Dhaliwal.