Powell refuses to toe the Pentagon line, Iraq finds an unexpected ally and Deepa Mehta's latest film gets a pride of place in the Toronto Film Festival. 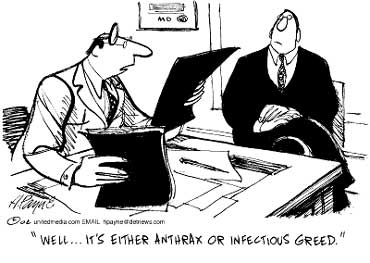 outlookindia.com
-0001-11-30T00:00:00+0553
"The policy of the US government has been for regime change in Iraq. It has not been that for other countries, and I guess life is untidy."
US defence secretary Donald Rumsfeld, talking to reporters in Washington.

What was hush-hush is now in the open: US secretary of state Colin Powell has admitted he doesn’t toe the Pentagon line. In an on-flight briefing en route to Sigonella here, Powell, though, tried to put a polite spin to it: "A president is well served by an open clash of ideas, and especially well served when this clash of ideas serves to sharpen differences and also gets the best information before a president, for him to make a decision...." But Richard Holbrooke, the Clinton administration’s envoy to the UN, sees the matter differently: "These are deep, philosophical differences, between two very different views of America... One’s a traditional conservative view; the other a radical break with 55 years of a bipartisan tradition that sought international agreements and regimes of benefit to us."

STOCKHOLM, SWEDEN
Saddam’s No Threat
Iraq’s allegations about Washington’s insidious intentions has received surprising endorsement from Rolf Ekeus, who headed the UN arms inspection mission from 1991 to ’97. Talking to Swedish Radio on July 30, Ekeus accused the US of manipulating the UN mission for its political ends. He said the US was more keen on tracking down Saddam’s whereabouts which "could be of interest if one were to target him personally". He also said attempts were made to provoke a crisis so that the US could justify direct military action. Another UN weapons inspector, Scott Ritter, has said Saddam does not pose a threat to the world. But then what would the US do for an axis of evil?

TORONTO, CANADA
Only In Canada

Deepa Mehta’s latest film, Bollywood/Hollywood, has been honoured with the opening slot (on September 6) at the Toronto Film Festival’s ‘Perspective Canada’ programme. The film has Rahul Khanna playing a young dotcom millionaire who has to get Toronto-born Indian model Lisa Ray (playing Sue) to pose as his fiancee to dissuade his mother (Moushmi Chatterjee) from calling off his sister’s wedding if he doesn’t find a "nice Indian girl". About the location, Mehta said, "Of course, all this can take place only in Canada...a country where its Indian citizens worship at the altar of Bollywood within their homes and are assailed by Hollywood the minute they step out."

Win Some, Lose Some