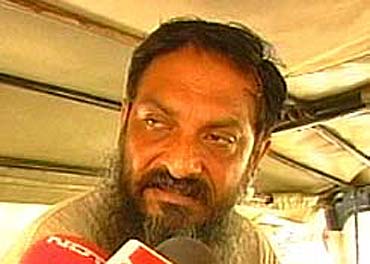 outlookindia.com
-0001-11-30T00:00:00+05:53
Even as tribals from Chhattisgarh's Dantewada district are fleeing to Andhra Pradesh to escape the Salwa Judum, sociologist Nandini Sundar, historian Ramachandra Guha, and retired IAS officer E.A.S. Sarma have filed a PIL in the Supreme Court, demanding an end to government support to the Salwa Judum and to minors being appointed as Special Police Officers (SPOs). The PIL's other pleas are: an independent inquiry into all killings, rape, arson whether by Salwa Judum, security forces or Naxalites; registration of FIRs and prosecution of the guilty; compensation for those affected by the Salwa Judum on the same lines as victims of Naxalite violence; and rehabilitation of those who wish to return to their villages.

The PIL comes at the right time: it coincides with prominent civil rights activist Binayak Sen's arrest under draconian state laws on the trumped-up charge of being a Naxalite. Sen, an alumnus of Vellore's Christian Medical College and former faculty member of JNU's Centre for Social Medicine and Community Health, has also won the prestigious Paul Harrison award for developing relevant models of primary healthcare in Chhattisgarh. He has earned the government's ire for focusing attention on the Salwa Judum's activities and the recent fake encounter killings at Santoshpur.