Avoiding India, and trouble, Lalit Modi finds solace in the lap of luxury 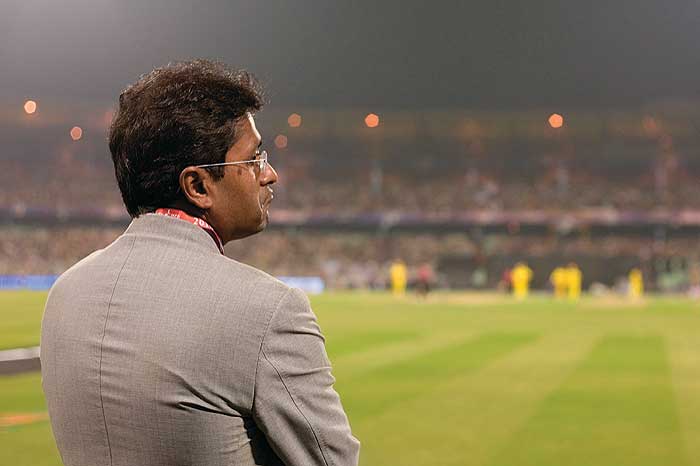 The BCCI wants him in India, but where has Modi been?

In the days leading to, and after, his very ceremonious exit—moments after the final of IPL-3 in the last week of April—Lalit Modi, playing very much the injured innocent, breathed fire. He quoted the Bhagwad Gita, invoked the spirit of justice, and promised a fight. The truth will out, he cried. “Wait for the IPL to finish—I will reveal the men who have tried to bring disrepute to the game and how we stopped them from doing it,” he wrote.

But the fight he’d promised, in the interest of ‘truth’ and to get reinstated as IPL commissioner, has petered out. Instead, replying to the showcause notices by the BCCI, his lawyers launched an avalanche of papers, hitting the BCCI with documents running to 15,000 pages (borne on a trolley). “The team may have added more,” he noted, with obvious glee, on his Twitter feed. 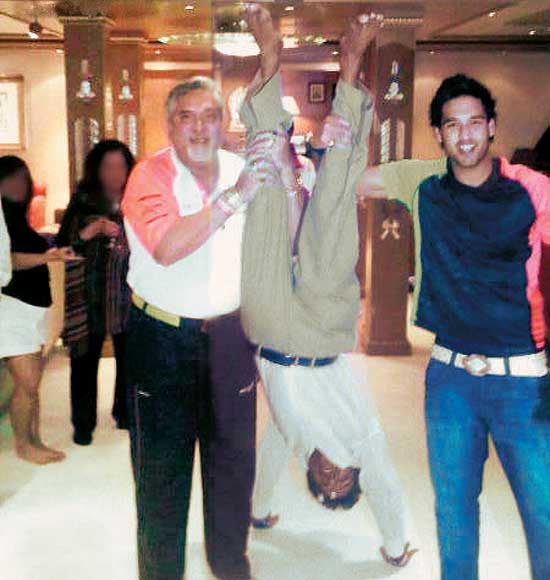 Topsy turvy Lalit Modi lives it up in Monaco, where Vijay Mallya and son has fun with him in their yacht

Then, quietly folding his tents, Modi disappeared from India. He has resurfaced in all sorts of happening places in Europe and Africa. Partying aboard Vijay Mallya’s yacht off Monaco and Sardinia, for instance; having the pleasure of being suspended upside down by Mallya and his son, the photo of this event being shared online. Holidaying in Italy. Off to the football World Cup in South Africa, with a safari thrown in to boot. Then, “to my good friend Ravi ruia new yatch” (Modi’s spellings). A beer with Kevin Pietersen, visits to film shoots in London. And now to Bali for yet another holiday.

All over the place, then, except India, where he is being summoned to appear before the BCCI disciplinary committee looking into the allegations of gross misuse of power and misappropriation of funds against him, and where the taxman is keen on another chat with him.

Intelligence agencies have reportedly admitted that Modi is under threat from elements in the underworld, but the reasons have been undisclosed. Thus, while gallivanting around despite security threats, he’s been given an exemption from personal appearance before the  disciplinary committee. Surely, the threat of the law seems to be a greater deterrent, according to a source familiar with developments in the Modi camp: “Modi is aware that the dice is loaded against him. He knows that the BCCI is united against him, and the government doesn’t like him. He knows that if the government wants to, it can make things extremely unpleasant for him.”

Sources also reveal that some IPL team owners have advised Modi to stay away from India. “Apart from the trouble he himself could get into, the franchisees are not keen to have warring officials at the IPL and BCCI, for it’s never good for business,” a source in a franchisee told Outlook. Modi, thus, is happy in cooler climes, away from the legal heat in India. His lawyers have been unable to inform the BCCI commission when he’s likely to present himself before it.

There are indications that the BCCI might have to wait for long; one indication is the direction his children are headed. His son Ruchir, 17, was in news recently when patrons of a Mumbai nightclub threw drinks at him because they were upset with the scandals his father has caused around the IPL. Sources say Ruchir has withdrawn from the American School in Mumbai, where he’s a student, and is off to Europe. “He took early examinations in May and is not likely to join the new term (which starts on August 12),” a source told Outlook. This source says that Ruchir could be admitted to a school in Europe, possibly the very exclusive and expensive Le Rosey in Switzerland, “where you learn to be a billionaire”, according to Forbes magazine. Modi’s daughter, Aliya, has already moved to another exclusive school in Switzerland.

Modi, say sources, owns an apartment in London, where the family also has another rented accommodation. In short, there are signs that Modi is becoming an NRI, and fulfilling the requirement of being away from India for over 184 days. “He’s taken his private plane away from India as he fears it could be seized by the authorities,” says a source.

Modi also has been using his time away, and his money, to socialise and make useful contacts. He bought three tables at a charity event for England’s Elephant Fund (which is initiated by Mark Shand, brother of Camilla Parker Bowles) in June, though he wasn’t present at the event, and sent his family instead.

A source has told Outlook that Modi has been trying to cultivate Shaukat Aziz, the former Pakistan prime minister, who lives in the vicinity of his apartment at London’s Cadogan Square. Aziz, before entering politics, was a respected banking professional, but his greatest attraction for Modi could be that he was rumoured to be working with L.N. Mittal, the steel baron. Aziz, it’s learnt, had lunch with the Modis once—and decided once was more than enough.

Modi’s current coordinates on this glittering itinerary of leisure is in Bali, for another holiday in a rented house. This will be followed by Bangkok, where his father, K.K. Modi, will celebrate his 70th birthday later this month. And then to perhaps another party, which prompts a BCCI official to chuckle: “He calls himself a businessman? He certainly holidays like no other businessman in history. Reminds me of how he dropped everything and camped in Rajasthan for years to get into cricket administration!”

The feeling in the board is that if Modi had any belief in winning his fight to keep control over the IPL, he’d have offered a bitter, tooth-and-nail fight. “This is the only venture he’s been successful in life, after countless failures in business, and he’d hate to give it up,” says a BCCI official. “However, the fact that he’s staying out of India instead of fighting it out suggests he’s aware of the futility of it all. Instead, he’s just arguing that the BCCI committee is biased, and wants its members to recuse themselves.”

BCCI president Shashank Manohar has recused himself; Modi’s lawyers demand that Chirayu Amin do the same. They do have a point—Amin, after all, was a member of the IPL governing council, which was responsible for the conduct of the event. Why doesn’t the BCCI hold an independent inquiry? “Well, with the kind of money he’s accumulated, we fear that he may influence an inquiry which is not conducted internally by the BCCI,” says an official.

But what about the future? Is Modi likely to give up the IPL? Just before being suspended, he had said: “I did not create this to just walk away because XYZ says what they feel like.” But he seems to have done just that, leaving his lawyers to fight his war.

Were We Trying To Vault...