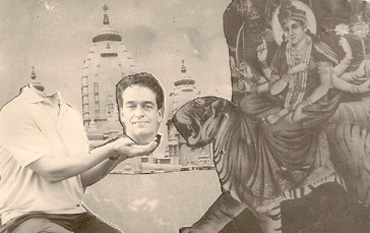 Delhi: Adventures In A Megacity
By Sam Miller
Viking/Penguin Pages: 304; Rs. 499
Among all the major capitals in the world, Delhi could legitimately stake its claim—along with maybe Cairo and Rome—to be the most visibly historic. Monuments are scattered across its sprawl, and history speaks to you everyday, without ceremony, through ramparts, jharokhas and minarets. But it is perhaps precisely because of this proximity to antiquity that ‘Delhiites’ take history for granted. Ask someone who lives in Hauz Khas who built that monument and when, and nine out of ten times he or she would not know—or even worse—care to know. The same would apply to those who live in Safdarjung or Masjid Moth or anywhere else.

But historical Delhi has also a remarkably vigorous present. Few other cities in the world have grown so exponentially in such a short period of time. Until 1911, Delhi’s population was less than that of Lucknow, and beyond Ajmeri Gate there were only green fields. Until the mid-1950s Lodi Garden was the outermost periphery on the south side, and traffic lights were laughed at because there were hardly any cars. Today, Delhi counts over 15 million people, and is bursting at the seams from Gurgaon to Greater Noida.

Sam Miller’s book makes fascinating reading because he sets out to discover Delhi in a manner that brings out both its indelible past and its pulsating present. His methodology is unique: he literally walks through Delhi in a deliberately chosen spiral trajectory. What he uncovers is not the Delhi you are likely to see in a tourist brochure or a history book. Miller’s Delhi is about how the city lives beyond the glare of the obvious or the desirable. It is the Delhi of the millions of anonymous people who consider it home. It is a meditation on the energy and the eccentricities that animates this giant metropolis. It is a discovery of the mostly unnoticed crevices that lie below the conventional facade of the capital of the Republic of India. And, through all of this, it is a celebration of an urban cacophony that in someway reflects the hothouse growth of the Republic itself.

Miller writes with infectious energy. I am convinced that this is partly derived from his energetic way of discovering the city: walking endlessly in carefully identified spirals. The author has explained why this formation is the most efficacious for Delhi. My own take is that all great cities keep their secrets tightly wound around their visible body; to discover them one has to peel off layer after layer, and the concentric energy of the spiral is probably the most effective way of doing so. However, one thing is certain. Miller’s coiled perambulations take him definitively off the beaten track, and along alleyways and bylanes untraversed by any serious biographer of the city so far. He writes with effervescence and is often irrepressibly funny, this is because he is greatly enjoying himself. In fact, his empathy with the city is transparent. This saves him from being gratuitously pontificating or patronising, a vice that often affects the foreigner. It also confers on his insights an objectivity that can only come to an observer who is a happy participant.

Miller now considers Delhi home. This was not always so. On the contrary, in his earlier stints in Delhi as part of the bbc office, he did not like the city, and disparagingly compared it to Mumbai. But, as many of us know, Delhi has a way of seducing people. And, married to an Indian, and with his sensitivity to urban spaces, Miller was both a susceptible and willing victim. His affectionate tribute to his adopted city rolls across a highly readable, humorous, well-researched and informative punch at the ignorance and indifference of the average Delhiwallah who, avalanched by the municipal concerns of everyday life, has become blind to the soul of his city. If there are thousands of books on London and Rome, there are less than a dozen on Delhi in recent times of any merit. Sam Miller’s Delhi is a very worthy addition to this corpus, and I can only hope that it will inspire more competent, enthusiastic and out-of-the-box biographers of a city that has been a prominent platform for shaping the past and is currently undergoing a transformation that has few precedents in the annals of urban history.