The Rahul retinue—quiet, bookish, or good with people—share his blend of earnestness, ambition 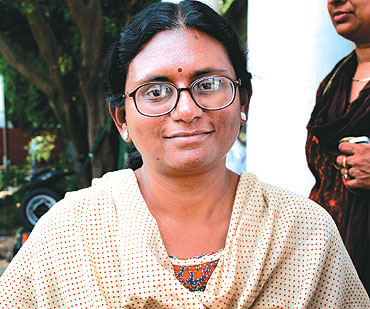 In 2003, a young man with an MBA from the prestigious Wharton School of Business made an unlikely career move, chucking investment banking and heading for the rough and tumble of India's complex electoral politics. Working quietly in the background, Kanishka Singh was part of the team that was behind Delhi chief minister Sheila Dikshit's stunning sweep of the assembly polls held that year.

After the elections, Kanishka was at a crossroads. He had given up his job with Lazard Freres & Co but was undecided about his next move. An article he wrote for the April 12, 2004, issue of Outlook magazine proved to be a turning point. It revealed the young man's sharp mind and his aspirations to see a better India. Kanishka compared Sonia Gandhi, then fighting a lonely battle against an overconfident BJP with its Shining India campaign, with the Democrat presidential candidate John Kerry and predicted they would both win.

Kanishka was half right, as events later that year would show. Sonia Gandhi and the UPA swept into power while Kerry lost to George W. Bush. Notwithstanding the inaccuracy in his prophecy, Kanishka's article brought him to the notice of Rahul Gandhi. A year later, Kanishka was ensconced in 12, Tughlak Lane as a close aide of the young Gandhi. He came to be a key member of the team that would script the Congress's stunning success in '09.

This election, as Rahul Gandhi clocked thousands of miles and travelled to 120 constituencies, Kanishka kept a close watch, a constant companion to a lonely leader who trusted few in his battle to silence his many critics. He has also emerged as Rahul's gatekeeper—screening his appointments, interfacing with the government, planning his schedules and numbercrunching ahead of crucial meetings. When it came to selecting candidates for the polls, Kanishka studied the data relating to caste and community compositions, trying to gauge the chances of prospective candidates. Like him, Sachin Rao was also looking for a revolution. In his multidisciplinary action project report at the University of Michigan Business School, Sachin wrote: "When I am asked what I want to do with my life, my unabashed answer today is that I want to change the world." In complete awe of management guru C.K. Prahalad, Sachin returned to India and did a stint with Gurcharan Das's Centre for Civil Society as a senior research associate for livelihood issues. Soon, he was noticed by Rahul Gandhi and hired to become a key part of the Tughlak Lane office.

Both Sachin and Kanishka share similarities with their boss. Both come from fairly powerful families—one the son of a high-profile IFS officer (former foreign secretary and current governor of Rajasthan) while the other's father was in the IAS. Exceptionally bright students, their minds were shaped in the West, from where they dreamed of bringing corporate arguments to usher in change. In a published article in 2006, Sachin argued that corporate India needed to visualise a slum such as Nehru Nagar in Mumbai "as a customer, deserving of our undivided, profit-inspired attention in entrepreneurial energy".

But key to Rahul's strategy were several other party functionaries in his team. Meenakshi Natarajan, a grassroots leader, is unlike the others. With a masters degree in biochemistry and a bachelor's degree in law, Meenakshi toured hundreds of miles to revive the NSUI, adding lakhs as members. The daughter of a textile engineer, Meenakshi is a first-generation politician. "When Rahul asked me if I wanted to contest the elections, I was confused. But he said that if I wanted to be a leader I would have to take tough decisions and follow them through. That made it easy for me. I took up the challenge and I won from a constituency that has seen only four Congress MPs in 60 years," Meenakshi told Outlook. But perhaps the closest political aide to Rahul was Jitendra Singh. A two-time MLA from Rajasthan, he was the party's secretary in charge of the Indian Youth Congress (IYC). Like Rahul, Jitendra had a public school education, had proved his mettle in electoral politics, came from the royal family of Alwar and was well-versed with the inner workings of the Congress party. Rahul chose him to tour 17 states at a relentless pace in less than a year, where he interviewed and appointed leaders at the district and state levels.

A man of infinite patience, Jitendra ensured that local Youth Congress leaders spread the message of development contained in central schemes such as the NREGS and the prime minister's loan waiver package for farmers. "The IYC was directionless and full of sycophants. We wanted to change that and bring in a merit-based system where anyone could come in and make a mark," he says. If he succeeded, others also played crucial roles. Pankaj Shankar made his mark as a documentary filmmaker after working briefly as a journalist. After another brief stint with Doordarshan as an assignment editor, he did a film on the Gujarat riots—In The Name of Faith—and became the pointsman for Rahul Gandhi on media-related issues. Jitin Prasada and Milind Deora, friends as well as parliamentary colleagues, helped in setting up informal workshops that would debate policies. Milind would initiate the debate on RTI in Parliament while Jitin would play a key role in UP. Says Deora of Rahul: "He thinks far ahead of most people I know. In 2004 he was thinking of the election in 2009 and in 2009 he is already thinking of 2014. He may not play to the media gallery but that does not mean he does not have his eyes and ears to the ground."

True, most of those on Team Rahul come from privileged backgrounds. They are, in many ways, part of the elite that has continued to prosper in a country where millions starve. But a common thread that binds them is their aspiration to be tools for change. For many of them, being with Rahul Gandhi is an opportunity to usher in a India that is equitable, democratic and sustained by good market economics.