The vice-chairman and MD of the $2.6-billion Apollo Tyres is upbeat about organic growth for his company 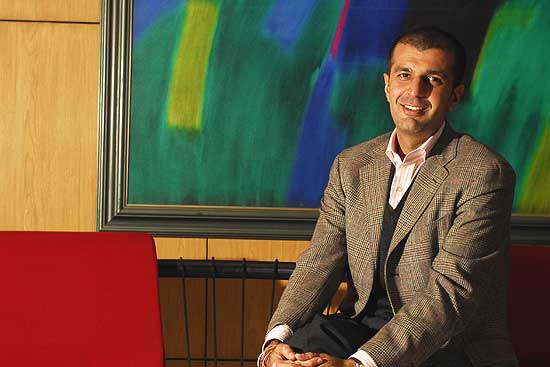 AS vice-chairman and MD of the $2.6-billion Apollo Tyres, Neeraj Kanwar represents the new face of Indian manufacturing. He spearheads the company’s global forays and has set up facilities in Hungary and Holland. He wants to double his group’s turn­over in six years. Despite a botched acq­u­isition attempt last year of US-based Cooper Tire, Kanwar says in an interview with Arindam Mukherjee that he is upbeat about  organic growth for his company. Excerpts:

The China factor always comes up in talk of Indian business abroad.

India as a brand is already there. We are also on the world map because of our IT sector and very large MNCs have their R&D centres in India. It is now up to our manufacturers—how they build their brands. Consistency in quality is the key. If quality suffers, then the ‘Made in India’ brand will be compared to the Chinese.

How do we compete with ‘Make in China’ and ‘Make in US’? Do we stand a chance of getting investments for manufacturing here?

If we compare us with the costs in some of the Southeast Asian countries, we are expensive. Today it is cheaper to produce in Thailand or Indonesia and they have a cost adv­antage of at least 25-30 per cent beca­use of their established inf­ra­str­ucture, supply chain and tax regimes. Obviously, one will go where one can produce at 30 per cent cheaper.

So how feasible is the prime minister’s call on global manufacturers to ‘Make in India’?

India has to develop on many fronts as issues like labour laws and infrastructure are a huge challenge here. There are serious issues with infrastructure, power, energy, water and supply chain in India. Then, there are labour laws, which are complex and tie the hands of manufacturers. They have to be made simple. Only then would it be opportune to manufacture in India. The government also has to resolve all the tax issues which are giving us a bad name. All this is on PM Modi’s plate and we hope he will take action on these.

About ease of doing business?

"The challenge is that the ‘Made in India’ brand has somehow come to be compared with the ‘Made in China’ brand.”

It is a crucial issue. As a global company looking to set up a greenfield facility, we would always look at where the investment can go and where we can get shareholder ret­urns, and at issues like breakeven and IRR (internal rate of return) because manufacturing anywhere is a great challenge. So we will always take a position at a simpler regime where we can do business properly. There is a talk of a single window system in India, but that will be at the central level. There are huge issues with the states and even to expand existing operations and get incentives or appr­ovals from local authorities and state governments is a huge challenge.

So do you think it will be easy to quickly change this reality?

This is why for the past 6-7 years the manufacturing sector is stuck at 15-16 per cent of the GDP. Former prime minister Manmohan Singh set a target of 25 per cent, but it has not moved beyond 15-16 per cent. MNCs are extremely cautious about India and want to wait and see what is happening here. But investments have come in the automotive sector, which is a healthy sign.

How difficult is it for Indian companies to sell a Made in India product globally?

“Textiles, in which we had an advantage has moved to China, Pakistan, Malaysia and Taiwan. In this, we have lost credibility.”

Apollo Tyres has been producing with the ‘Made in India’ label for the past two years. We have put up a plant in Hungary—France and the UK are the most highly advanced tyre markets in the world. I don’t know of any other company that is selling a ‘Made in India’ product in these markets. But the challenge for us has been the brand and the ‘Made in India’ tag that goes with the product, as it is somehow considered close to a Chinese or a Korean product.

How did you break that perception?

With good marketing and R&D, we have been able to improve the quality of the ‘Made in India’ brand. Also, productivity levels in Europe and Southeast Asia are far better than India, as the labour laws are much simpler and more favourable towards manufacturers. We also manufacture at our plant in Chennai, but Europe is far better in these matters.

How can we raise the value of the Indian manufacturing brand?

‘Made in India’ has to be seen at two levels. We have to see whether the tag is acceptable in places like Europe, because today, at a macro level, it is not, and is considered close to the Chinese. Second, we have to raise ourselves in terms of consistency and quality. We have to realise that textiles, where we had an advantage, has moved to China and Pakistan as well as to Malaysia and Taiwan. India has lost its credibility in this field.

You have new facilities in Europe. What does it take to crack the difficult markets?

Europe and the US are difficult markets, but each market has its own challenges. It is a combination of technology and marketing of the brand in the international market. We have to create our brand strength. The Koreans have done it. Today Samsung competes with Apple. It took them 10-15 years and they inv­ested in the brand. But they have successfully done it. That is what Apollo is also doing.

So what was Apollo’s strategy?

“The Koreans have done it. They have built their own brands. It took them 10-15 years. Samsung now competes with Apple.”

Our moving forward strategy was to derisk our markets. In 2005, India was our only market but we have gone global, and today, India accounts for 60 per cent of our market, while 40 per cent comes from the rest of the world—Europe, Southeast Asia, the Middle East and Africa. We also saw that near-sourcing becomes critical once we reach a state when there is demand from original manufacturers as well as from the after-market, bec­ause after a point we cannot manufacture in India and take it all the way to sell in Europe. That is why we looked at setting up manufacturing units in Europe and we are working at 95 per cent capacity in Europe.

We also set up an R&D centre in Holland, where we have scientists and all kinds of testing of tyres is being done there. We also have a tie-up with Manchester United to promote our brand. And our R&D and marketing strength will increase.

There was a huge setback in the attempt to acquire Cooper (see picture)? What went wrong and how has the company moved forward from it?

Cooper is history. I have moved on and I wish them all the best. I don’t look back at it and we have gone on a growth mode and will concentrate on profitable growth. Right now, we are concentrating on organic growth for our company and we are working on expansion of the Chennai factory and upgrading our facility in Kerala to produce agri tyres. And we have already set up the greenfield facility in Hungary.

Ms One Per Cent