Indus Potsherd Of Our Times 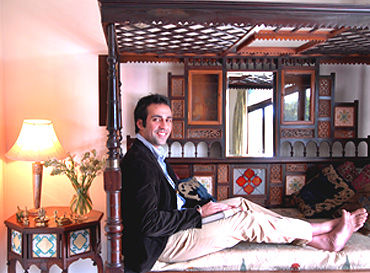 Like many aspiring writers in their mid-20s, Aatish Taseer had a failed novel in his drawer and was struggling with another—a fictional version of his own dramatic life story. Briefly, the story is this: a short, intense relationship between a Pakistani politician, Salmaan Taseer, and an Indian journalist, Tavleen Singh, produces a child. As the relationship founders, the father (by his son's account) abandons the mother and infant in London. They move to Delhi, where the boy, Aatish, grows up in an elite Sikh family but with an awareness of being 'different' because of his Muslim and Pakistani ancestry. Twice in his childhood, he makes long-distance overtures to his father, but is rebuffed. 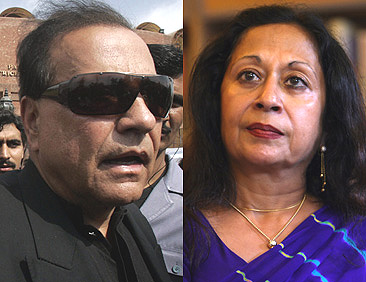 In 2002, at the age of 21, he tries again, by simply landing up in Lahore, and meets with greater success. Salmaan's political career has waned—the military rules; his party's boss, Benazir Bhutto, is in exile—but he is, by now, a wealthy businessman and a media tycoon with an elegant third wife and other six children. Relatives and family friends, who have known about Aatish for years, help him find a way into Salmaan's life. So begins a father-son relationship that is by no means easy. And so dies a novel. "There is this extraordinary story, but what does it mean? It's not everybody else's," Aatish says, looking back on his struggles five years ago to write that novel.

Then came a turning point. In 2005, Aatish, now a journalist living in London, wrote for a UK magazine on the radicalisation of second-generation British Pakistanis, making the unexceptionable liberal argument that it was linked to failures of identity on different fronts. Chuffed by his first cover story, he sent it to his father—and was shocked to receive a furious reply, accusing him, among other things, of blackening the family name by spreading "invidious anti-Muslim propaganda".

The accusations set off a storm of reactions in Aatish, from hurt and defensiveness, to confusion and curiosity. How was his father who (as he was to recount in his book) "drank Scotch every evening, never fasted and prayed, even ate pork and once said: 'It was only when I was in jail and all they gave me to read was the Koran—and I read it back to front several times—that I realised that there was nothing in it for me'," offended, as a Muslim, by his writings?

Now he felt there was a book in his life story, a journey through the worlds of political and religious Islam, with a personal memoir on the father-son relationship coursing through it. Both the political journey (through Turkey, Syria, Iran, Mecca and Pakistan), and the personal memoir, would end in Lahore, at his father's doorstep. Defending his controversial decision to lay bare personal relationships and conversations, Aatish says it came from his conviction, after the letter incident, that "the personal circumstances contained a bigger story". However, he acknowledges that the writing of the book was also a way to overcome the despair he felt at having his relationship with his father suddenly run aground again—"a way to make my peace with that personal history."

Four years later, his book, Stranger to History, is ready to roll, and when I meet Aatish, he is on the brink of entering a heady world of book launches and international book tours. The book's slightly cheesy subtitle, 'A son's journey through Islamic lands', has a whiff of opportunistic publisher-speak about it, but there is nothing within its covers to make readers cringe, except perhaps those who find their outrageous utterances reproduced here, like Aatish's dad, or the half-sister who memorably tells him, "Oh I'm so glad you weren't a little black Hindu".

The personal memoir is not an Oprah-style confession, but a restrained, poignant telling. The travels in various lands have produced a journalist's engaging travelogue. But where the political and personal come together powerfully is in the last third of the book, which finds Aatish in Pakistan among Pakistanis. Personal disappointment fuses with intellectual outrage in his searing final encounters with his father (see extract). And as a traveller trying to make sense of the broken pieces of his own ancestry, he takes political discoveries personally. He is wounded by reflexive anti-Indianism, which he encounters widely in Pakistan, and particularly among the young. ("The people I felt closest to," he told Outlook, "was that older generation who had an idea of a mixed society.") He laments the rejection he finds everywhere of a pluralist subcontinental past, and is dismayed by the growing spread of a narrow version of Islam. The anti-Indianism, he confesses, "made it very difficult to be both Indian and Pakistani." And while stressing that he received great warmth from Pakistanis, he adds: "They would have liked me to turn my back on India and then be theirs. To keep the two was something that was strange and difficult for them."

But even after writing a book that quite clearly rejects the idea of Pakistan (while tacitly endorsing the idea of India), Aatish still seems to be trying to keep the two. "I hope for this to be a book for Pakistan (though) I know that is a very naive thing to say.... Neither with my father, nor with Pakistan, was it written to settle any scores. I hope that despite what looks like a bleak look at Pakistan, it is possible to see a genuine concern and affection for the place."

As he talks of other projects and preoccupations, a portrait begins to takes shape of a young man almost journeying backwards to reclaim his inheritances. While Pakistani schoolchildren were mulling over Urdu textbooks, and their Indian counterparts rote-learning Sanskrit grammar, Aatish received a cushioned international education, in Delhi and Kodaikanal, and went on to university in America. Then he worked in the West, and tasted tabloid fame, thanks to a relationship, now over, with a minor British royal, Gabriella Windsor. It even got him on to the cover of Hello magazine, which hands out cheques for celebrity interviews. (Embarrassedly, he says the cheque went to his girlfriend, not to him.)

His experiences are reflected in an accent that veers distractingly between British and American. But high-flown Urdu shows up now and then, and the reason is that at 25, four years after he received a book of his grandfather's Urdu poems as his "only patrimony" from his Pakistani family, Aatish invited Zafar Moradabadi, an impoverished poet from Delhi's walled city, to teach him Urdu at his family's flat in exclusive Lutyens' Delhi. The outcome has been a well-received translation of the short stories of Manto, fronted by Aatish's evocative introduction. Next in line is Sanskrit, which he is studying in order to read texts in the original.

His personal story, meanwhile, has acquired new twists. Aatish's father Salmaan Taseer, with whom he has had no contact for the past 15 months—though he hears he is upset by news of his book—has been resurrected in the topsy-turvy world of Pakistani politics. About six months ago, he became the governor of Pakistan's largest province, Punjab. It is a ceremonial role, but since the recent dissolution of the Shahbaz Sharif government in Punjab, the man wields real power—and controversially. He even featured in Indian news reports after the attacks on the Sri Lankan cricket team. To have the central subject of your book gain prominence on the eve of its release would be regarded by most writers as a stroke of luck, but it seems to have left Aatish jangled. "The timing is slightly insane," he says, laughing uncertainly. "I wouldn't have wished for it. He was just a businessman, and that was good enough for what I had to say. He didn't need to be the governor of Punjab." Is he prepared to lose the relationship with a book like this, coming especially at a sensitive time? "Whether I wrote the book or not, I am definitely pretty much persona non grata," he says. But then, he adds, "My father is a bright, intelligent man, and well-read. I hope he understands some day...."