Indo-US Trade War: Maginot Lines For One And All 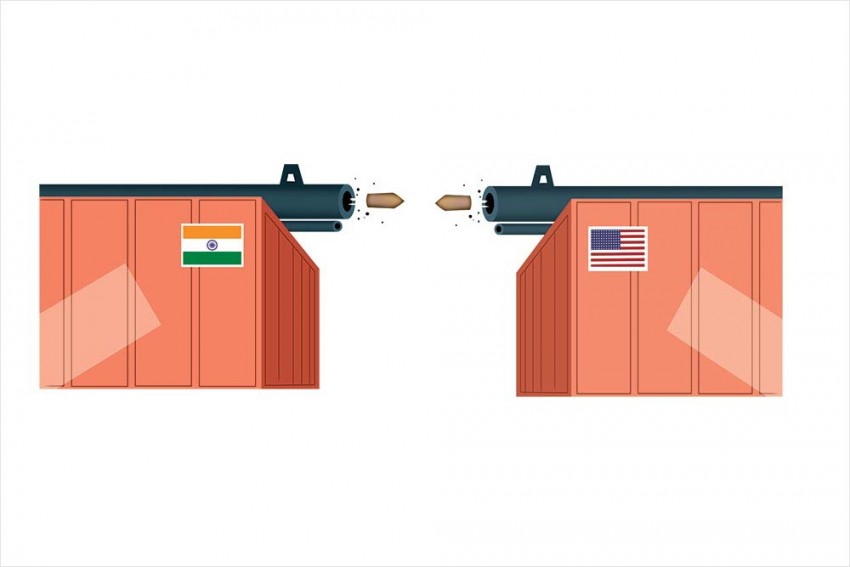 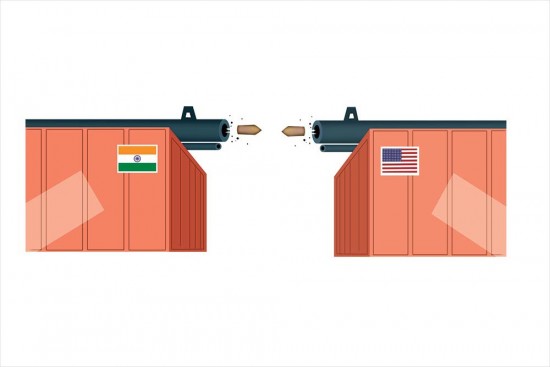 India’s decision to hike the import tariff on 30 US commodities from Aug­ust 4 was a tit-for-tat move aga­i­nst the Trump administration. But India also rushed to app­ease the US with an offer to import more gas and around 1,000 civilian aircraft over several years to balance the bilateral trade. Currently, India exports $24 bill­ion more than it imports from the US, which has been pushing for greater mar­­ket access to even the imbalance.

The latest round of the trade war bet­ween India and the US started in March when President Donald Trump signed two proclamations levying a 25 per cent tariff on steel and a 10 per cent tariff on aluminium imported from all countries except Canada and Mexico. This move impacted $1.5 billion worth of aluminium and steel exp­orted by India out of total exports to the US worth $45 billion. India first app­roached the World Trade Organisation’s (WTO) dispute panel for resolution, but followed it up earlier this month with a retaliatory move of imposing a higher tariff on 30 commodities.

Ajay Sahai, director-general and CEO, Federation of Indian Export Organisations, points out that in December last year the US put the Generalised System of Preferences (GSP), one of the oldest trade preference programmes in the world, on hold for India to pressure it to concede greater market access for medical equipment and dairy produce.  The US has also questioned Indian export promotion schemes in the WTO “though our schemes are WTO-compatible,” states Sahai.

“We are trying to ­resolve trade disputes with so many ­countries, so that India remains a friend to all.”
Suresh Prabhu, Minister of Commerce and Industry

Anwarul Hoda, chair professor of the Indian Council for Research on International Economic Relations, trade policy and WTO research programme, says ­India’s retaliatory move was the right way to go as the US’ actions were completely unjustified. “On the filing of a dispute I am lukewarm, as WTO action in the past shows that in matters where a country has claimed action on security grounds, as the US has done, the WTO dispute panel says we cannot look into the issue as it is subject only to sovereign determination. So WTO action on the issue is dicey. Thus, there was no alternative before India but to take retaliatory action,” says Hoda.

Sachin Chaturvedi, director-general at the Research and Information System for Developing Countries (RIS) is happy that this time, unlike in the past, the government proactively took steps against US pressures by carefully identifying commodities likely to hurt the Trump administration. “They have chosen commodities exported by the farmer groups which are extremely vocal in US politics. Most of the 30 commodities chosen like almond etc. are exported mostly from the midland area where the production is the maximum. By choosing agriculture commodities I think we have struck at the right place, as it may potentially force the US to reconsider their move,” says Chaturvedi.

Besides the US, India has been facing pressure over trade imbalances or market access from several countries as it strives to expand its exports, currently around $304 billion in total. As commerce minister Suresh Prabhu admitted at a rec­ent industry meeting, “We are trying to res­olve trade disputes with so many countries. We want to make sure that India remains a friend of all countries of the world whether in Southeast Asia, the Far East including our good friend Japan, the Middle East, Africa or Latin America.”

India is not alone in fighting for greater market access as several nations strive to rework the rules to tilt the trade in their own favour. Biswajit Dhar, professor of economics at Jawaharlal Nehru University, says, “We are closer to the reality that protectionism is going to raise its ugly head. It is going to be a tit-for-tat strategy. Not just with the US but also with others like China and the EU, it is becoming a reality. As a consequence, the global economy may face the brunt, just when expectations were that the 2008 crisis and its impact had been left behind,” says Dhar.

Escalation in trade wars led by the US has spurred International Monetary Fund chief Christine Lagarde to warn of clouds over the global economy “getting darker by the day”. “The biggest and darkest cloud that we see is the deterioration in confidence that is prompted by an attempt to challenge the way in which trade has been conducted, in which relationships have been handled and in which multilateral organisations have been ­operating,” Lagarde said earlier this month at a high-level meeting that ­inc­­l­uded representatives of several global organisations including the WTO.

The warning could not have come too soon as many countries including India are looking forward to higher economic growth amid several challenges including high crude oil prices. In this scenario, the trade wars are fast putting up hurdles that could well slow down global trade, with countries including the US, China and the EU among others adopting protectionism and imposing high tariffs to safeguard their domestic markets.

Dhar says this uncertainty has come at a time when there were visible signals of a global economic revival. Now there will be genuine pressure on the global economy, which could augur pain for everybody as it did in 2008. India’s exports suffered for a long time after that—and if there is ­renewed uncertainty, we could face a general problem once again.

Do the trade wars spell the end of the rules-based trading system? Charturvedi says for the WTO, which became operational in 1995, “The current trade wars and the protectionist position being adopted by many countries are a big setback and a huge challenge to the rules-based multilateral trading system.” The problem is exacerbated by the fact that the US has been stalling the appointment of judges to the WTO dispute settlement panel. Now there is only one person left on the panel—and he will retire by 2022.

Dhar stresses that by walking the path of unilateralism, all the US’ actions are in complete disregard of the WTO and the rules-based multilateral trading system. China also seems to be going the same way in its retaliation. However, India’s res­ponse to US tariff hike on steel and aluminium has been to go to the WTO, which is a safeguard measure. “In effect we are still staying within the WTO system, which is not bad considering all the other major economies are disregarding the WTO, which is a very serious issue because if the multilateral system fails, we can’t risk anarchy,” warns Dhar.

With the US threatening to withdraw India’s GSP preferences, India will have to work very carefully to avoid going down that route, says Dhar. “There are a number of issues that are raising their head now, which doesn’t look good for the global economy. For India in particular, the signs are not very good as our exports have not been doing very well and our trade deficit is going up. So we need some certainty in the global economy, which can only come if we play by the rules,” adds Dhar.

Hoda, a former WTO deputy director-general, feels threats, counter-threats and barriers are counterproductive as such measures soon begin to bite the economic interests of those seeking act­ion. “So I feel that there will be a denouement very quickly and people will either come to an understanding or will remove the barriers without coming to an understanding. It is something akin to a face-off between the US and North Korea,” he says.

The global trade expert warns that if the rules-based system does not prevail with nations pressuring each other to remain within the system, we may well have a rec­ession as the global economy is threatened. Such a scenario would be unp­al­at­able for most countries—even the US.