Images of Indira you'd have seen before, but still a visual treat from the master craftsman 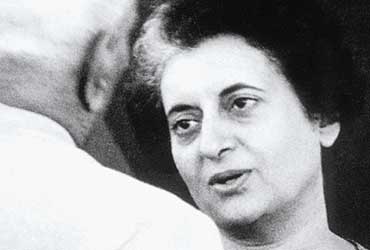 By coincidence or design, this splendid coffee-table book on Indira Gandhi is out just before the 30th anniversary of the Emergency that was, for those who lived through it, a 19-month nightmare. It remains—in the words of a short introduction to the volume—a "black spot in her career (but) if the Emergency is Indira Gandhi’s legacy, then so too is the fierce democratic backlash that swept the country like a forest fire". The reference here is obviously to her humiliating defeat in the 1977 elections that she had called without being under any ostensible pressure to do so. The subsequent reality was even more startling. She was triumphantly back in power in 30 months flat after she was supposed to have been consigned to the "dustbin of history", according to Atal Behari Vajpayee, then foreign minister in the Janata government headed by Morarji Desai.

Atalji, having run a motley coalition for six years with commendable skill, is still active on the national scene and is highly respected. But...