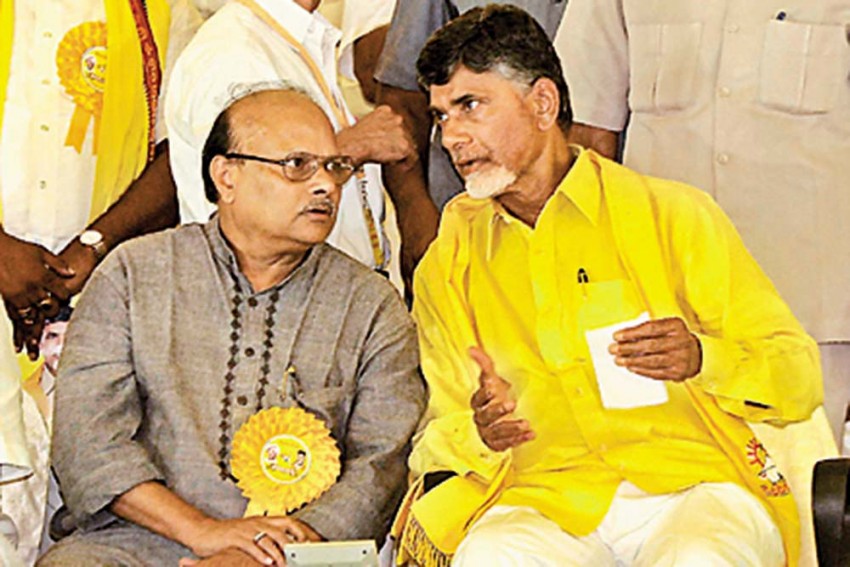 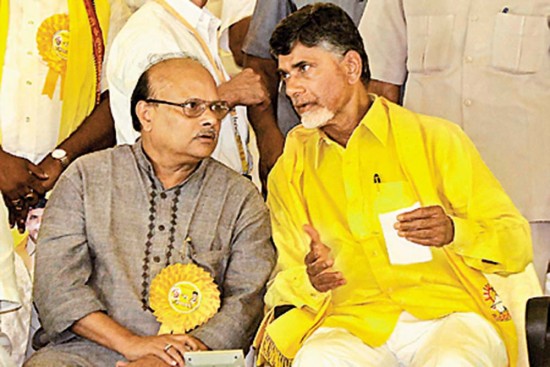 The bureaucracy was Nara Chandrababu Naidu’s most proactive guides in governance when the Telugu Desam Party leader ruled the undivided state of Andhra Pradesh for two consecutive terms from 1994. He was so dependent on the bureaucrats that he was even snidely called Babus’ Babu. “That’s not the case after the state’s bifurcation in 2014 (when Naidu returned to power),” says a close aide. Then again, Naidu may have unfastened the grip of the babus, but he has now been accused of ignoring the political advice of his seasoned colleagues and encouraging his inner circle with a coterie of magnates from the corporate and infrastructure worlds. The allegation cannot be independently verified. Elections: Number Game

Naidu’s core team includes C. Kutumba Rao, a stock broker on financial matters, and Hari Prasad, who handles IT—a signature area of the chief minister whose tech obsession has earned him the moniker Cyberbabu. Sources close to Naidu say Hari Prasad convinced the chief minister that tampering of EVMs was possible, a subject the TDP had raised in various platforms. Naidu, along with other non-NDA representatives, has filed a fresh appeal before the Election Commission over the possibility of faulty EVMs. Hari Prasad has since been made the Andhra Pradesh government’s IT department CEO.

For political advice, Naidu relies heavily on those who keep a low profile such as state finance minister Yanamala Ramakrishnudu and Kala Venkat Rao. In fact, Ramakrishnudu is a trusted lieutenant bec­ause of his long association with the TDP— he won the Tuni assembly seat six times since the formation of the party in 1982, losing only in 2009 and 2014. Naidu’s got him into his cabinet as an MLC.