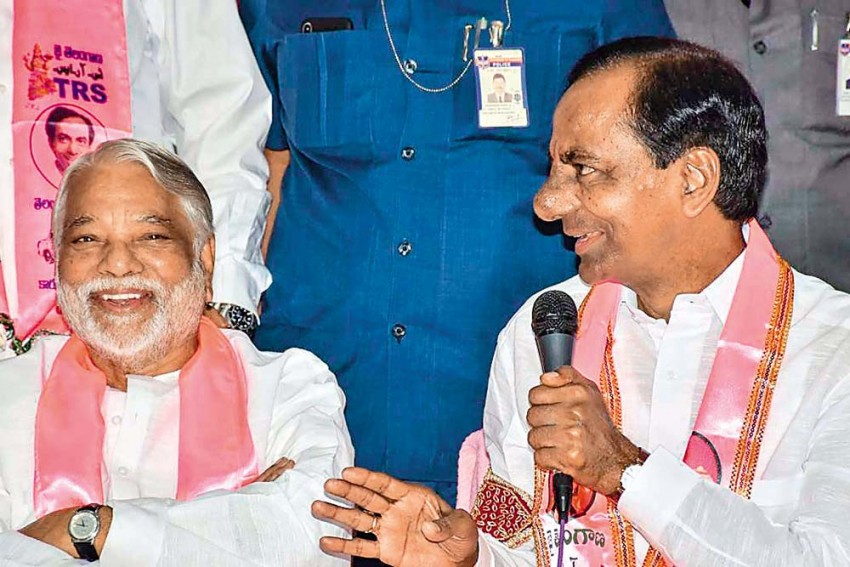 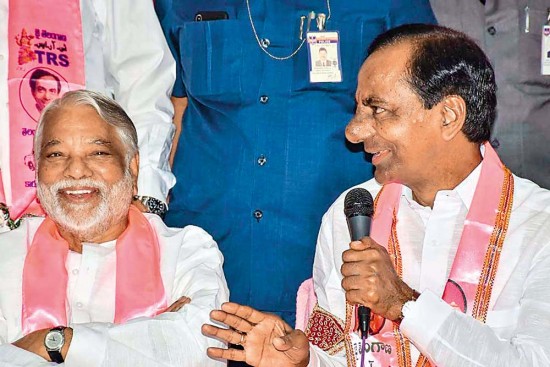 The wide appeal of Telangana chief minister K. Chandrasekhara Rao is complemented by a few trusted ministers in the party backroom. Kancherla Keshava Rao, or KK, as he is fondly called, is the most visible among them—and the most effective, if party sources are to be believed. Elections: Number Game

His persuasive skills proved to be of great help to KCR during the final push for a separate Telangana state to be hived off Andhra Pradesh, when the Congress-led UPA ruled the Centre. Keshava Rao is instrumental in restraining KCR from merging the party with the Congress immediately after the bifurcation of Telangana was ratified in the Parliament in 2014.  It is said that he convinced KCR with the argument that people will not forgive him if the party is merged with the Congress.

It is in a sense ironic that Rao became one of the protagonists of the Telangana movement. He was an integrationist when the first separate statehood movement was spearheaded by stalwart Marri Chenna Reddy in 1967. But as the idea of separate state increasingly appeared to become a political reality, he shifted his position. In fact, in 2013, Rao quit the Congress to join the Telangana Rashtra Samithi (TRS) when the Congress did not meet the deadline to take a decision on the creation of Telangana.

In assembly polls following the formation of the new state, KCR appointed Rao as the chairman of the election manifesto drafting committee.  And, the astounding victory that the party registered is for everyone to see.

Rao is the general secretary of the TRS and is the second in command in the party. He was elected to the Rajya Sabha in 2014 for a six-year term.

Sources close to KCR say that it was Rao, who advised him to lobby with other parties for a ‘federal front’ after the 2019 polls, so as to be prepared in case the BJP-led NDA falls short of a majority to form the next government.

KCR’s ‘Chanakyas’ include son K. Taraka Rama Rao and Santosh Kumar, a close relative. Kumar looks after the micro-level political issues, while the son has the tech bit on his watch. All these men and many more are working towards achieving the party’s target—winning all 16 Lok Sabha seats in the state, which will leverage KCR’s role nationally in case the BJP fails to get a majority after the 2019 Lok Sabha elections.

Elections 2019: The Men Behind Akhilesh Yadav's Journey In Samajwadi Party