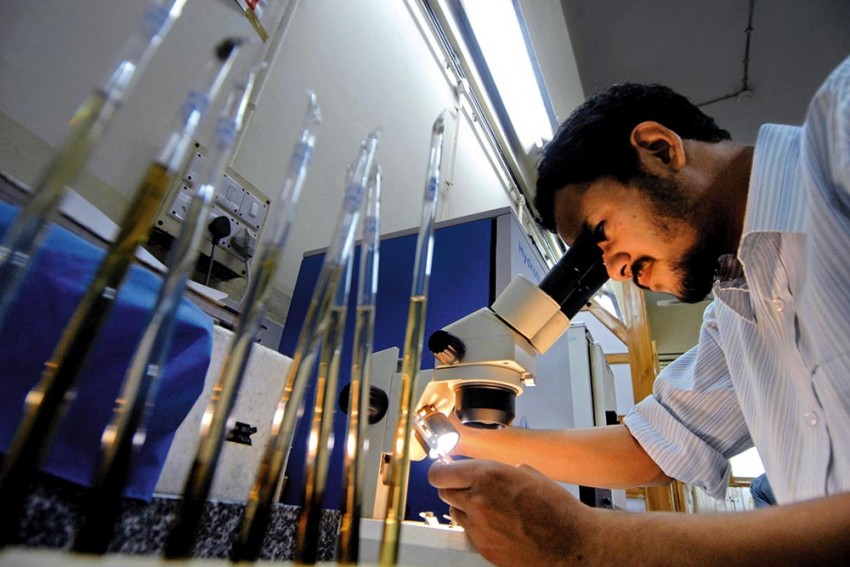 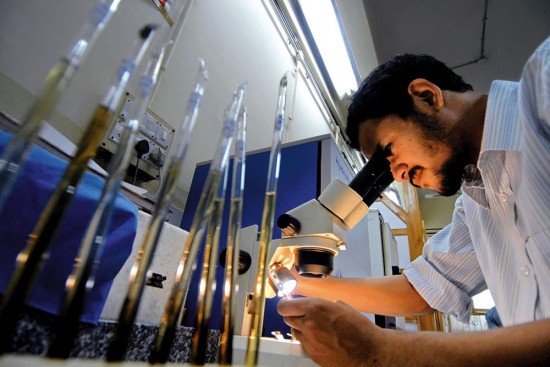 Ajay Singh (name changed), a researcher in the United States, was interviewed at a public university in the US for an assistant professor position. To his surprise, the search committee asked him to discount papers he had ­published in India and talk of research that he had conduc­ted and published in the US, Europe and Australia. The distrust among Western academics of research conducted at Indian universities runs deep.

No Indian institution figures among the world’s top 150 universities, according to QS World Uni­versity rankings. The highest-ranked institution—IIT-Bombay—is 162nd on the list, and despite the faculty at a few IITs and IIMs doing high-quality research, it is central and state universities that form the bedrock of Indian academia. The need to improve the quality of res­earch is urgent; the path to doing so, however, is full of impediments.

India spends less than one per cent of its GDP on research, which leads to a lack of adequate funds for researchers. “Funding of research projects by governmental bodies in India should be done without favour. At present, favouritism while disbursing research funds and a lack of funds with governmental organisations are hampering research at Indian universities,” says Subodh Kumar, a postdoctoral researcher at the Harvard School of Medicine and an alumnus of Jawaharlal Nehru University. Many papers from Indian universities are published in low-quality journals, which brings about a decline in India’s contribution to research, he says.

“Education in the US has changed from teaching known knowledge and added research as a major part.”

“The process of education in the US has changed from teaching known knowledge to exploring knowledge, which has added research as a major component of teaching,” says Donald Chand, who has taught at Bentley University in the US and IIM-Ahmedabad. The need of the hour in India, therefore, is to teach students how to explore knowledge and create new knowledge. This req­uires collaboration among Indian universities, bes­ides tying up with Western institutions. Indian universities could learn from the way US institutes collaborate in fuel production, says Priya Ranjan, a research assistant professor at the University of Tennessee. Bioenergy centres in the US combine expertise from public universities and private organisations in researching better ways to produce fuel. “Research collaboration brings about quality research in less time and prevents multiple resources being allocated to the same project at different universities,” Kumar says. Collaboration with Western universities may include both students and teachers. Short-term student exchange programmes ranging for a week to a semester with Western universities would expose Indian students to cutting-edge res­earch, while Indian universities could emulate their US counterparts in allowing the lateral entry of international academics for periods ranging from a semester to a couple of years under a visiting scholars programme. This provides visiting academics with exposure to US academia, while US universities get to utilise international talent.

While collaboration has the potential to shore up the quality of research in the country, experts say the malaise runs deeper and must be tackled at a more basic level—school and undergraduate education. “The academic culture in schools is to promote learning by rote, which should be rep­laced by innovative thinking and thinking differently,” says Gourdas Choudhuri, a doctor at Fortis Memorial Research Institute. Short-term summer programmes at universities could help inculcate an appreciation for research among high school students, says Manoj Kumar Gupta, a res­earcher at Harvard University’s Joslin Diabetes Center. Such initiatives are popular in the US. “At Oak Ridge National Lab (ORNL) in Tennessee, high school students come for three months to learn about different types of research being und­ertaken at the institution. This inspires them to consider research as a career, even though many may not ultimately do so,” says Ranjan.

Undergraduate syllabi at Indian universities must be streamlined to promote a spirit of inquiry early on. Experts say Indian universities are geared more towards teaching students basic skills that would help them get employed. Most undergraduate and graduate courses in India have no research impetus, and such syllabi must be immediately revamped, says Gupta. This stands in stark contrast to U.S. universities, where most semester-long masters-level courses end with students writing a research-based article that could potentially be published in a journal. “An und­ergraduate student in the U.S. is better prepared with research-oriented knowledge than I was during my undergraduate days in India,” Gupta says. And at the doctoral level, researchers in India are oft­en forced to take up topics that have little, if any, global relevance to their discipline, says Prof. Parimalendu Haldar, a retired professor of zoology at Visva-Bharati University in West Bengal. Such students have to research topics chosen by their supervisors. Doctoral students should have the independence to pursue their own research ideas, he says.

Though academics are expected to focus on res­earch, there are disciplines where this is secondary to more pressing duties. “Medical college doctors in India are expected to treat patients and write prescriptions besides conducting research. A doctor can undertake research only after att­ending to 60–70 patients each day,” Choudhuri says. There is an urgent need to have specialised institutions focusing more on research, he adds.

There are thousands of Indian academics in the US and Europe who Indian universities could recruit. However, this is easier said than done. “Though many Indian academics would like to return to their motherland, it will be difficult for them to adapt to the bureaucratic setup of Indian academia,” Choudhuri says. The Chinese model of attracting US-based Chinese researchers is one that India can replicate. China provides better pay packages and research incentives to aca­demics with PhDs  from the US and Europe. This not only stops the brain drain, but also helps bring new research ideas into Chinese academia.

Top-quality research is a risky venture that few academics in India would like to undertake. A lack of research initiatives leads to low-quality res­earch that seeks only to help refurbish the existing resumes of academics, says Choudhuri. Central to the problem is the issue of appointment of faculty at Indian universities and colleges. “Look at the process that goes into appointing university lecturers across the country. Appointment criteria are anything but academic— from political influence to favouritism,” says a professor at Calcutta University who did not want to be identified. Poor quality of teachers would result in low-quality research, he says. A major drawback in academia is the focus on having assistant professors who have passed the JRF/NET examination. Though this was aimed at having better quality teachers, it has led to research taking a back seat, the Calcutta University professor says. Another area of concern, he points out, is oversight of the use of research funds made available by governmental bodies to universities. At present, the oversight mechanism at state universities is inadequate, leading to wastage of funds.

Experts say publishing in high-quality journals should be made compulsory by the University Grants Commission (UGC) for career advancement of academics at central and state universities. They point to a practice at top U.S. universities where a newly appointed assistant professor is handed a list of research journals in which he should publish a mutually agreed-upon number of papers over the next six years in order to be promoted. Thus, the appointee clearly knows what his department expects of him.

Abhijit Mazumdar is a US-based ­researcher and a journalist