While questions about the Tablighi Jamaatis are stonewalled by Mamata Banerjee government, social distancing in fish and meat markets has been thrown to the wind 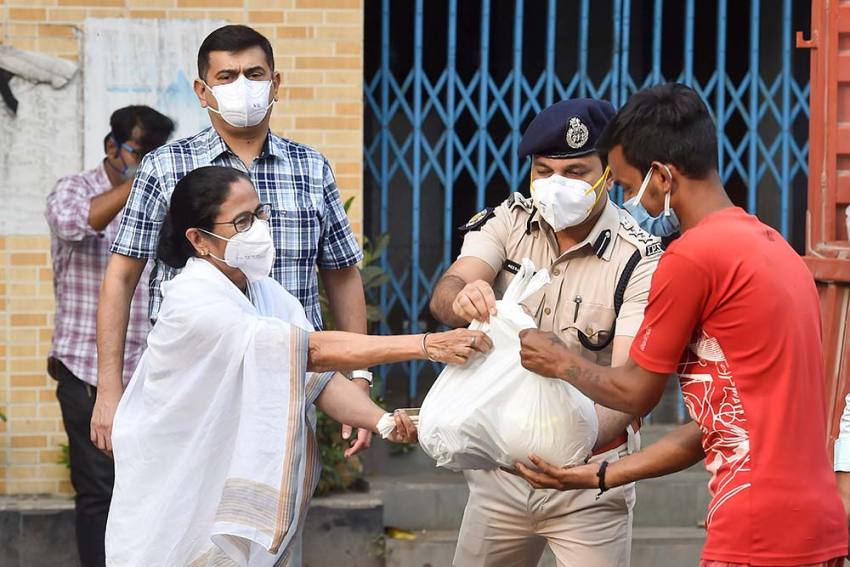 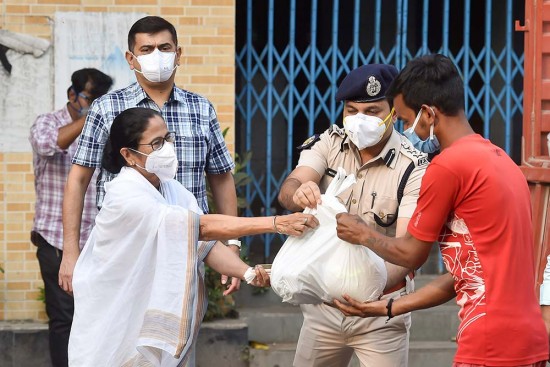 Even as she exudes confident control in her televised administrative meetings, West Bengal CM Mamata Banerjee has reasons to be worried. They go beyond the matrix of operations involved in fighting the coronavirus pandemic, from feeding the needy and protecting health workers to contact tracing—the Centre and the BJP have sharply attacked the Trinamool government over handling the pandemic. Union minister of state Babul Supriyo’s charge that the state government is suppressing facts regarding actual numbers of the afflicted and the dead, with the same being reiterated by a state BJP delegation to the governor, has angered Mamata. A complaint and an appeal for courtesy were promptly lodged with PM Narendra Modi. However, the allegations have some resonance in the letter purportedly written by the Union home ministry on April 10.

In that letter written by deputy secretary, MHA (Internal Security Division) Srinivasan K., the chief secretary and DGP of West Bengal is reminded of an earlier missive dated April 4, where the MHA drew attention to the rampant violation of lockdown measures in Bengal. The latest letter also alludes to security agency reports on the gradual dilution of the lockdown, with an increase in the number of exemptions being provided by the state government.

The observations have solid basis in reality: for the past several days, flower and tobacco markets have been allowed to open; several tea gardens in North Bengal are functioning. Then, some taxis are allowed to ply on Calcutta’s roads and paan and sweet shops open for some time at least. Most glaringly, people across urban areas are breaking social distancing directives with impunity under the eyes of a passive police force. The problem is apparently worse in rural and semi-urban areas. All questions about the Tablighi Jamaatis who returned from Delhi and dispersed across the state are stonewalled, too. In Calcutta itself, there is no regulation of vegetable, fish and mutton markets in Rajabazar, Narkeldanga, Topsia, Metiaburz, Gardenreach, Ekbalpur and Manicktala, which swarm with people. The areas specifically mentioned in the MHA letter are mostly Muslim-majority areas.

When asked by the media to comment, Mamata’s response was typical: “We are fighting coronavirus, not a communal virus. You know who are at the helm of affairs at the Centre, and their motive behind making these allegations. I won’t say anything more on this.”

Moreover, there are allegations that Trinamool leaders, including some MLAs, councillors and panchayat members are pressuring ration dealers to hand them food grain for distribution among the people. This forced the All India Fair Price Shop Dealers’ Federation to write to the state food minister, requesting him to intervene and protect dealers from being forced to yield to illegal demands. That the allegation has got some merit was indirectly corroborated by the state administration and ruling party leaders. Mamata Banerjee, too, commented that some Trinamool leaders were distributing food grain to the masses after expropriating them from ration shops and asked them to desist from the practice. Partha Chatterjee, a senior minister and the party’s official spokesman, also criticised the leaders.

At a meeting in Calcutta on April 12, the 18 BJP MPs from West Bengal and their minder Kailash Vijayvargiya alleged that though the Centre has announced free rations (5 kg rice/wheat and 2 kg dal) for 80 crore Indians and that Bengal has received its share, it was not being distributed in any of their constituencies. So the ungainly wrangle between the BJP and the TMC in Bengal, even in these fraught times, lives another day.

Is Kashmir Seeing Birth Of A New Militant Outfit? The Signs Look Threatening