This is the map one is likely to get should a second reorganisation of Indian states were to be effected. It won’t depend only on language. 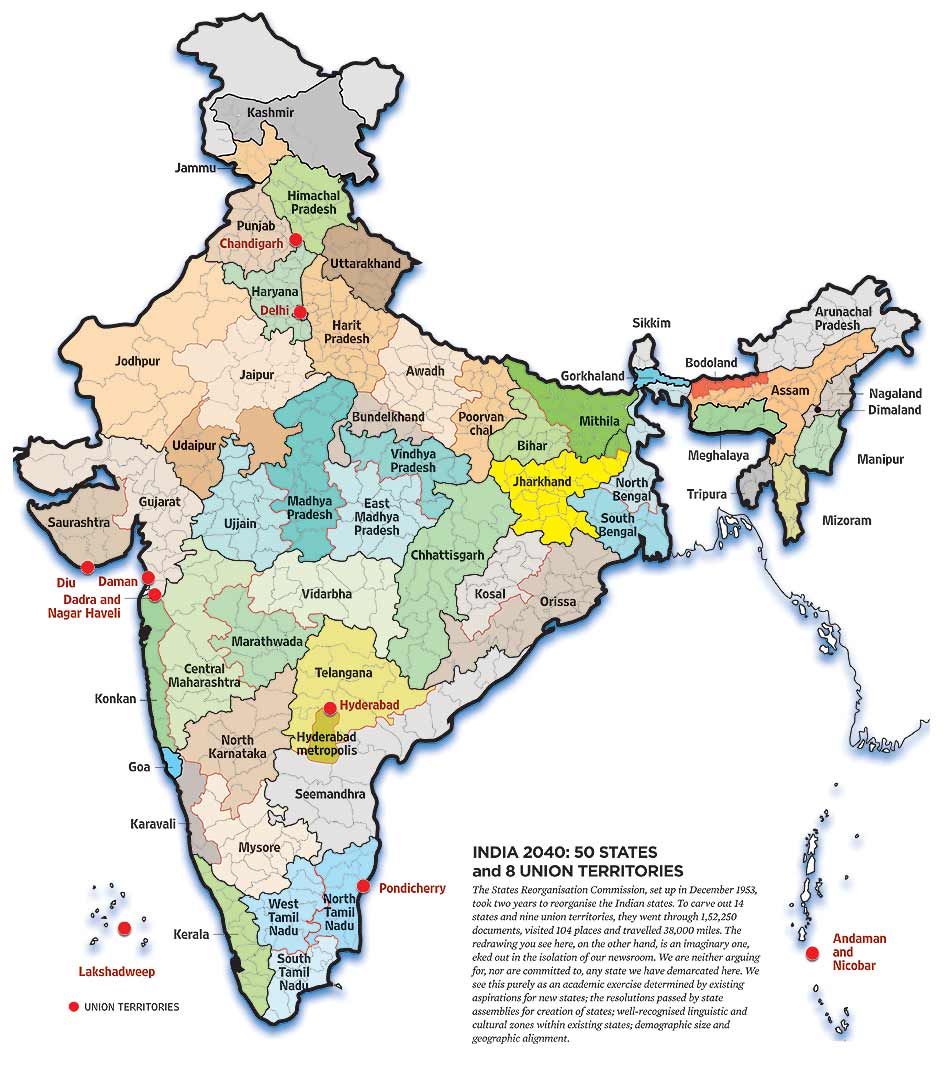 1920: Congress adopts linguistic redistribution of provinces at the Nagpur session

1945-46: Congress election manifesto promises provinces will be constituted on linguistic and cultural lines

Dec 15, 1952: Potti Sriramulu dies while fasting for the creation of Andhra. The state is carved out of Madras Presidency only a year later.

1955: Nehru sends S.G. Barve to the former USSR for understanding the language policy as a state reconstruction programme

1960: Gujarat and Maharashtra come into being

1960-61: Sant Fateh Singh and Master Tara Singh undertake fast unto death for the creation of a Punjab state

1966: Haryana and Punjab created 1970-80: Other Northeastern states carved out