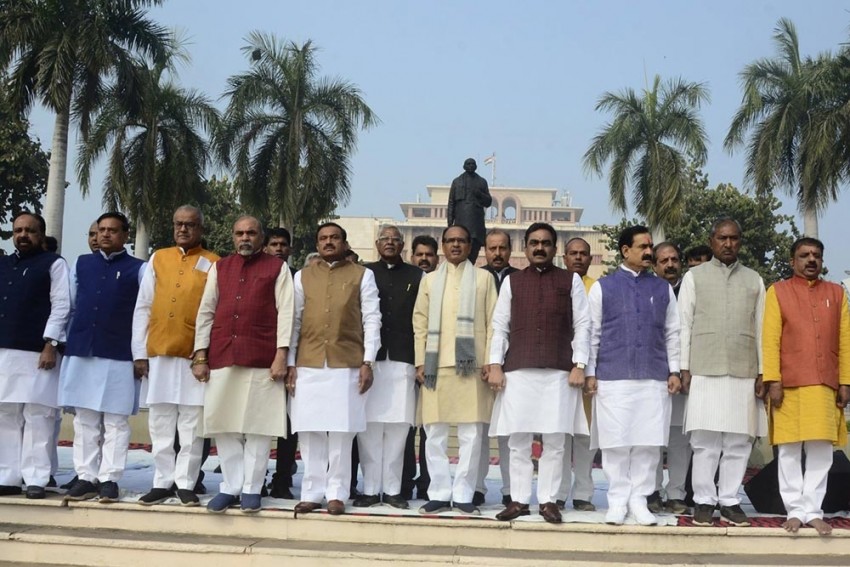 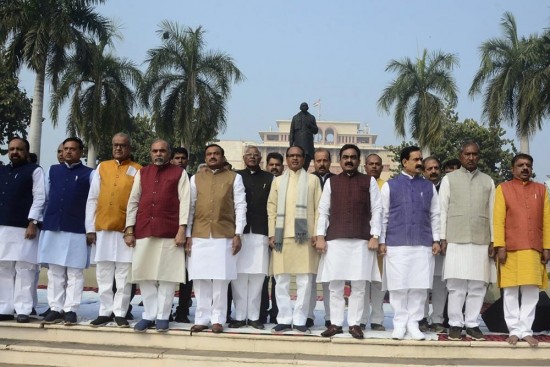 Kamal Nath is no stranger to controversies. And the Congress veteran appears to have waded into another, right after taking over as the new chief minister of Madhya Pradesh. His tearing hurry to wipe off anything remotely resembling saffron—the political colours of the state during the 15-year reign of the BJP—is being seen by many as unwar­ranted and counter-productive and perceived as political vendetta. Not the least, his decision to stop the mass singing of Vande Mataram outside the state secretariat here. Nath assumed offi­ce on December 17, one of the three new Congress chief ministers, including Ashok Geh­lot in Rajasthan and Bhupesh Baghel in Chhattisgarh.

Among other things, the government, within 15 days of taking over the reins, stopped disbursement of pension to those detained during the Emergency, sacked the vice chancellors of two universities, disbanded the Jan Abhiyan Parishad, a semi-government agency packed with RSS-BJP men, dismissed all political appointees in state-run corporations and boards and indicated that a string of decisions of the previous government would be reviewed.

Vande Mataram, the national song, was sung in a park opposite Vallabh Bhavan, which houses the secretariat of the MP government. This practice was introduced by BJP chief minister Babu­lal Gaur in 2005. Officials and employ­ees working in Vallabh Bhavan assembled in the park on the first day of every month for the mass singing. Invariably, some ministers used to participate too. On January 1 this year, the programme did not happen. The first to protest was Nath’s predecessor, former chief minister Shivraj Singh Chouhan, who called the move “unpatriotic”. Chauhan announced that BJP members would asse­mble it the park on the morning of January 2 and sing Vande Mataram. 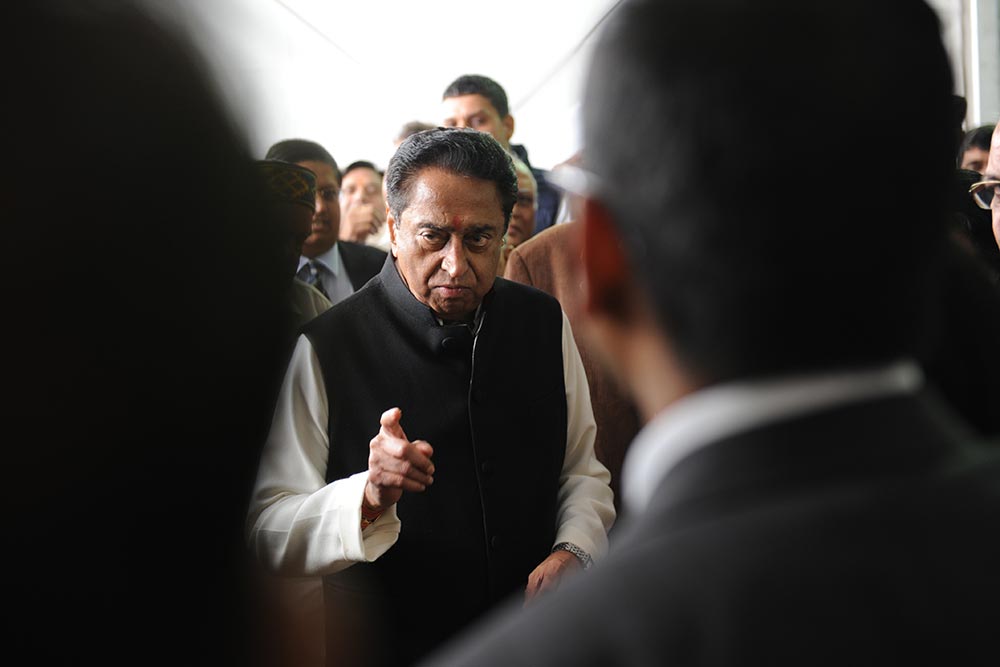 Accordingly, several former BJP ministers, legislators and local leaders assembled and sang Vande Mataram. But they ended up shouting slogans—“Is desh mein rahna hain to Bharat mata ki jai kehna hoga” (If you want to stay in the country, then you have to chant ‘Bharat mata ki jai)—often used by right-wing activists to target those they perceive to be unpatriotic or traitors.

It’s another matter that when reporters asked the BJP members to sing the national song, some of them faltered. “Very few people know the complete text of Vande Mataram. If you ask me to recite the national song, I may not be able to do it. But I respect it all the same,” explained former MLA Surendra Nath Singh.

Taken aback by the protests, Nath clarified that the government did not intend to insult the national song. A new system was then put in place under which the employees would march from a war memorial to Vallabh Bhavan singing patriotic songs, accompanied by a pol­ice band. Vande Mataram would be sung at the state secretariat.

The decision to stop pension of those detained under the Maintenance of Internal Security Act (MISA) during the Emergency has triggered a major controversy. The Chauhan government had started the scheme in 2008, starting with Rs 8,000 a month and subsequently raising it to Rs 25,000 per person. The beneficiaries, numbering around 2,000, included Chouhan and several BJP MPs and MLAs. The Congress government’s argument is that the pension was nothing but a tactic to dole out largesse to RSS and BJP men, as it was being given to persons who were detained for even one day under MISA or Defence of India Rules (DIR) between June 25, 1975, and March 21, 1977.

Yet another decision of the government, which is being labelled bizarre, is the chief minister’s announcement that henceforth announcements of new projects and schemes will be made by bureaucrats and not by ministers. And that the officials would be respo­ns­ible for the im­p­­le­­me­n­tation of the schemes and projects. The move is seen as an attempt to differentiate his government from that of Chouhan’s. The former chief minister had earned the sobriquet Ghos-hnaveer for his penchant for announ­cements, most of which remained unfulfilled. However, Nath’s decis­ion is being seen as against the principle that guides the functioning of a democratic government, where the political executive takes decisions and the permanent executive implements them.

By K. Shaini in Bhopal

Congress Does Not Believe In Soft Hindutva: Ashok Gehlot