The US presidential polls are the closest run thing in decades. However, America’s India policy is a steady continuum. 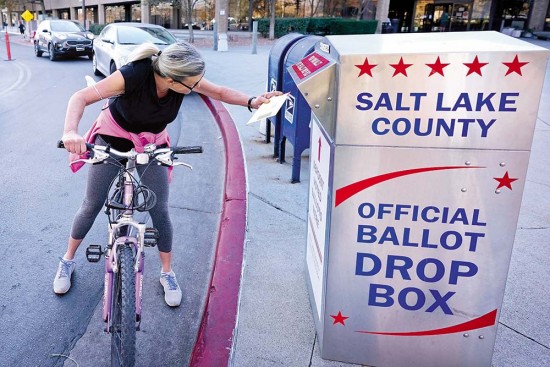 As box after box of ballots are counted, the United States, and the rest of the world, hold their breaths. By late evening Indian time, the broad contours are clear: final results in the 2020 US presidential election teeters on the finishing line. As we went to press, Republican President Donald Trump was lagging behind his Democratic rival, Joe Biden, but only just. Loud cries resound across newsrooms: it’s still too early, and close, to call.

Republican and Democratic strongholds like Florida and Texas, and California and New York, respectively, have played true. The electoral photo finish is playing out in key battleground states like Wisconsin, Pennsylvania, Michigan and Georgia. And counting in Arizona and Nevada are projected to go on till November 5. Of particularly crucial imp­ortance are the votes cast by millions—largely due to concerns over the raging pandemic—over postal ballots. It’s a bitterly divisive issue too—with Democratic supporters taking to postal ballots with gusto, Trump has already cast his doubts on their genuineness. With the election on knife’s edge in the swing states, it’s likely to be contested by both parties. A battery of lawyers is at the ready for both to take the challenge to court.