The Block Development Council elections may see very little participation. The BJP is contesting in 131 of the total 137 seats in the Valley 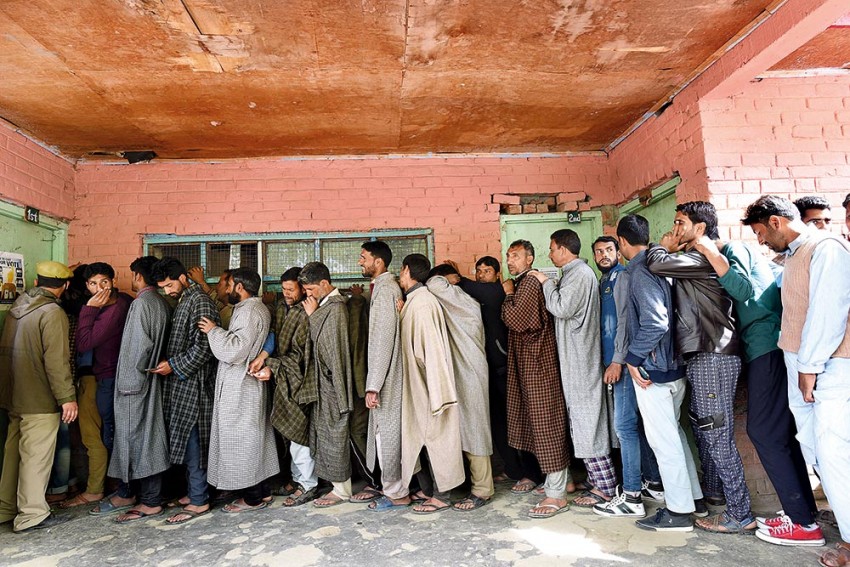 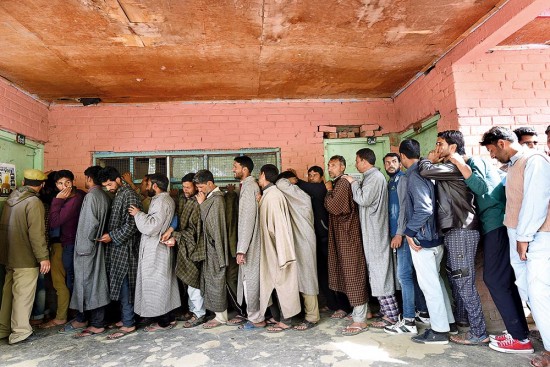 At the heavily guar­ded Greenland Hotel in the uptown Raj­bagh area of Srinagar, 20 panchayat representatives from different parts of Jammu and Kashmir talk about the necessity of holding elections. Chief electoral officer Shailendra Kumar’s recent noti­fication for election of Block Development Council (BDC) chairpersons in 310 blocks—the first ann­ouncement of elections since the abrogation of the Articles 370 and 35A and bifurcation of the erstwhile state into two Union territories—has left reg­ional parties stunned. Only pan­chayat members and sarpanches (elected heads) are eligible to vote in these polls—the last such exercise to be conducted before the order of bifurcation comes into force on October 31.

Many Kashmir observers and locals argue that the BDC polls will be similar to those held for panchayats in November-December 2018, which saw 2 per cent participation in the Valley. About 61 per cent of the panchayat seats are vacant as there were no candidates, and no polls were held for 12,054 seats. In the urban local body elections in October 2018, only 22 votes were cast in 20 municipalities across four south Kashmir districts—a 1.6 per cent turnout, the lowest ever.

“These polls will bring peace and prosperity,” says Manzoor Ahmad Khan, a panchayat member from Tral block of south Kashmir’s Pulwama district. “Funds are being routed to panchayats through deputy commissioners. After the BDC polls, they would be released through chairpersons, who would be our own people. There would be no bureaucratic hurdles.” Khan, who claims to have participated in the ­funerals of militants when he was zonal president of the then ruling PDP, ­admits only four people contested the panchayat elections in Tral last Dece­m­ber. All won unopposed—he and three Kashmiri Pandits, all from the BJP. Khan shifted his family to Jammu, where his son and daughter are studying. Like hundreds of other panchayat members, he has been permanently staying in hotels in and around the Dal and Rajbagh. He says he and his three Pandit colleagues visit Tral regularly and hold meetings with locals.

Recounting a meeting of panchayat members with Union home minister Amit Shah at SKICC, Srinagar, where a number of mainstream politicians are under detention, Khan claims he asked the minister for a higher salary, but “Amitji told us to work hard and ­concentrate on distributing the money in panchayat halqas.” The BJP is contesting the BDC polls in 131 of the total 137 seats in the Valley.

“These polls will bring peace,” says a panchayat member from Pulwama who has been staying in a Srinagar hotel since his unopposed election.

“Nearly 80 lakh people are facing the worst kind of ­collective punishment in the form of gags and restrictions, but the BJP’s sole concern is to grab power through these sham polls,” reads a statement issued from Jammu by the National Conference (NC), whose president Farooq Abdullah, working president Omar Abdullah—both former CMs of J&K—and other leaders have been in pre­ventive detention since August 5. “When the air is filled with fear and uncertainty, holding of BDC polls is no less than a crude joke. People are under­going the worst form of ­supp­ression. Schools are closed, ­while the agriculture sector is suffering immense losses, especially with tonnes of horticultural produce are decaying for want of transportation.”

Meanwhile, the release of politicians under house arrest in Jammu came to an end, and this was linked to the BDC polls. Among those released was Devender Singh, who led a 15-member NC team to visit Farooq. The Srinagar MP, who is under arrest at his residence, was seen hugging Rana and other party leaders, taking pictures with them and showing the victory sign. Facing the worst clampdown since the arrest of Farooq’s father Sheikh Abdullah on August 9, 1953, the NC is unlikely to participate in the BDC polls.

The first PDP leader to be released was former MLA Firdous Tak, who had been under house arrest in Jammu. “1,368 hours, 58 days and the only ‘off­ence’ was to stand for morals and truth,” he tweeted soon after his rel­ease. “The face-saving exercise for public consumption has only strengthened our resolve and commitment. You can put curbs on our bodies and freedom, but our thoughts, hearts and minds shall always be free.”