Why Draft National Policy For Rare Diseases Has Disappointed Parents

The National Policy for Rare Diseases (NPRD) doesn't even mention a large proportion of rare diseases. More importantly, there is no scope for research and incentives for scientists 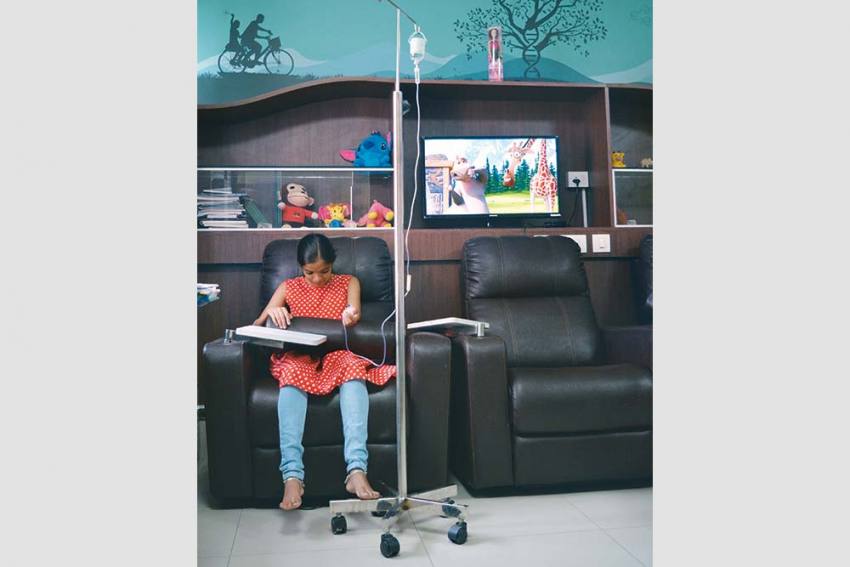 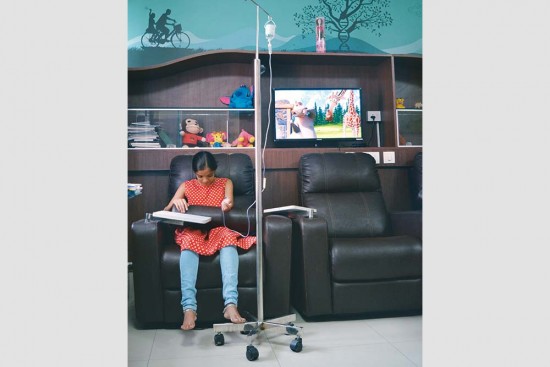 For the past year, several groups of parents whose children suffer from debilitating rare genetic diseases have been waiting for the government to spell out a blueprint for their treatment. Moumita Ghosh, an optometrist in Calcutta, is one of them. In July 2018, she had put in an application to West Bengal’s health department to support treatment for her daughter Debosmita, aged nine, suffering from spinal muscular atrophy (SMA). “Every week since I have visited the health department hoping something will happen,” she tells Outlook. All that anticipation, she fears, may amount to nothing as the draft National Policy for Rare Diseases (NPRD) 2020, which was put out for public comments last month, doesn’t specifically talk about an outlay. “We had hoped the new policy will provide some kind of funding for the treatment of patients,” she says.

Rare diseases present a complex problem, starting with the diagnosis that takes years in many cases and then the treatment—many disorders have no treatment yet, but where they are available, the medicines are among the most expensive in the world. About 70 million Indians are likely to be ­suffering from rare genetic diseases going by estimates of global incidence rates, but actual data pertaining to India isn’t available. This includes a large collection of disorders—about 450 diseases considered rare globally have been recorded in India, many of them extremely rare and others less so.

Prodded by the Delhi High Court, which was hearing pleas by parents seeking treatment, the Union health ministry formulated a national policy in 2017, but withdrew it about a year ago, seeking time to plug the gaps by having wider consultations. The main challenges, it listed out, were in bringing the states on board and clarity on how much government could support tertiary care. But the draft NPRD 2020 released in January comes up short on many counts, say parents’ groups.

“It’s a complete U-turn,” says Prasanna Shirol, co-founder of the Organisation of Rare Diseases India, an association of parents. “There is no financial commitment and there is no seriousness towards rare diseases.” Earlier, in 2017, the government had spoken of a Rs 100 crore central ­corpus fund (and similar corpus at the state level with a 60:40 ratio out of the ­central pool) to treat these ­diseases, but that doesn’t figure ­anymore. The draft policy does ­specify a one-time ­financial support for some specified diseases, but that had already been ­announced in January 2019 by the health minister in a reply to a question in Lok Sabha, point out parents’ groups.

The definition of a rare disease varies among countries—the World Health Organization defines rare disease as a condition with a prevalence of one or less per 1,000 people; in the US, it’s ­defined as a disease or condition that affects fewer than 200,000 patients in the country; in Japan, diseases with fewer than 50,000 prevalent cases; in the European Union, the term refers to a chronically debilitating condition affecting five in 10,000 people. Sometime ago, the Indian Council for Medical Research had set up a registry of rare diseases. The draft policy says there’s need for further research and data to arrive at a definition best suited to conditions in India. Until then, the policy states, rare diseases will be grouped into three broad categories.

“The policy talks of why they can’t do things instead of what they could possibly do.”
Shilpi Bhattacharya, Delhi-based Law professor

In the first group are disorders amenable to one-time curative treatment (such as haemato­poie­tic stem cell transplantation or organ transplantation), which shall receive financial support of up to Rs 15 lakh under the Rashtriya Arogya Nidhi and extended to people eligible under the Pradhan Mantri Jan Arogya Yojana. Then, for a second group of diseases requiring lifelong treatment such as phenylketonuria but at relatively lower cost, or other forms of therapy such as for cystic fibrosis, it says state governments can consider ­supporting the patients. For the third ­cate­gory—diseases requiring ­prohibitively expensive and lifelong therapy such as Gaucher disease, SMA and Pompe disease—the draft policy only talks of setting up a digital platform for ­voluntary individual and corporate donors to contribute to the treatment cost.

“How can a policy talk about crowdfunding? We are already using crowdfunding for our survival,” points out Shirol, whose daughter Nidhi is among India’s first recognised ­patients of Pompe disease. While he agrees that the policy’s emphasis on other approaches, such as high-risk screening, is a necessary step to tackle these debilitating conditions, he feels the government is, on the whole, “washing its hands off”.

Moumita Ghosh gives a sense of the urgency of the situation—the Cure SMA Foundation, an association of parents of which she is a co-founder, lost 30 children in the past year, she says. Like others, she appreciates the policy’s thrust on newborn screening, but is disappointed there’s no ­immediate direction for diseases like SMA that have treatments. “For us, this policy is doing nothing except ­enlisting SMA in the rare disease ­category. But it also says these have a definitive therapy. It means they are accepting that,” she adds.

Spinraza, one of the drugs to treat SMA, costs about Rs 5 crore for the ­initial year of treatment and about half from the second year onwards. “But there are some countries where governments have negotiated the price. We should try, at least,” she says. An autosomal recessive disorder, SMA causes muscle wasting. Moumita says her daughter’s condition has ­deteriorated over the past year as both her hips have dislocated due to muscle weakness and the scoliosis (the spine curving sideways) is increasing. “The increased bending of the spine affects the lungs,” she explains. “With supporting therapies like physiotherapy, we were able to make her stand for a few seconds and walk with a walker, but now she has slipped back.”

Cure SMA co-founder, Gurgaon-based Archana Panda, insists it is ­intent that is lacking. “We can keep making policies, making revisions, but our children will not live till then,” she tells Outlook. Since it boils down to funding, there are several mechanisms that could have been considered, she says, adding that various suggestions, such as a cess or even philanthropic models, were made to policymakers over the past year. Panda’s daughter, Anushka, was a CBSE class 10 topper in 2018 whose feat PM Narendra Modi mentioned in a Mann ki Baat radio broadcast. But the scoliosis is severely impairing her lungs and she cannot sit for more than an hour at a time. “We have three CBSE toppers in our SMA community,” says Panda.

Shilpi Bhattacharya, a law professor in Delhi who suffers from GNE ­myopathy, an extremely rare genetic disorder that affects about six in a ­million people, says the draft policy doesn’t look at the problem from the patient’s perspective. “My disease is not even mentioned,” she says. “The categorisation they have come up with excludes a large proportion of rare diseases. I was hoping for some ­direction in the policy about how the government will manage rare diseases in the future. But they are talking about why they can’t do things instead of what they could possibly do. The policy notes that only five per cent of rare diseases have therapies available. But then, what are they doing for the 95 per cent that are not treatable? They could have first defined rare ­diseases in an inclusive way. For ­diseases that already have some ­treatment, it ought to have spelled out ways to bring down the costs and, for those without treatment, including GNE myopathy, the government could have come up with clear ideas on how research in India can be ­encouraged with incentives for ­scientists.”

Weeping Willow: Why Kashmir's Bat-Making Industry Has Been Hit For A Six