Hindutva 2.0 stands on three decades of ‘reforms’ ­aided by capital flows and the global clout they bring 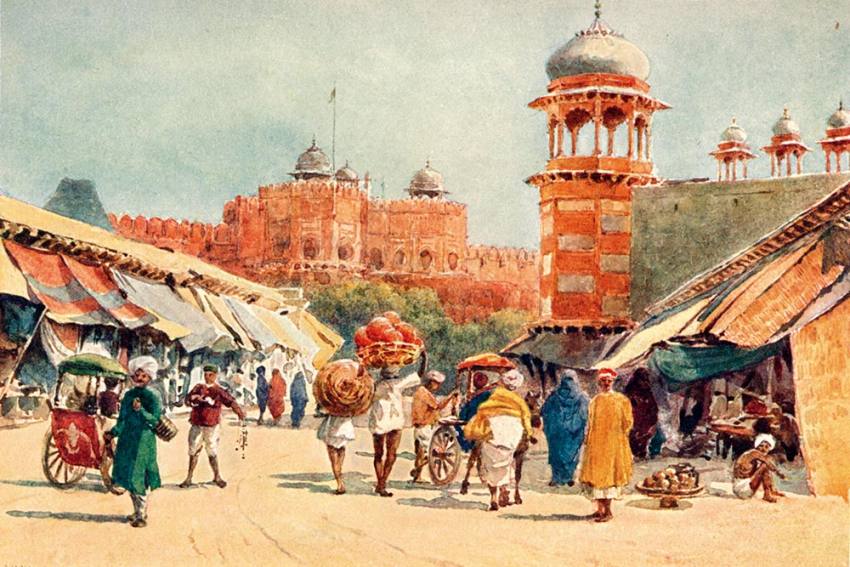 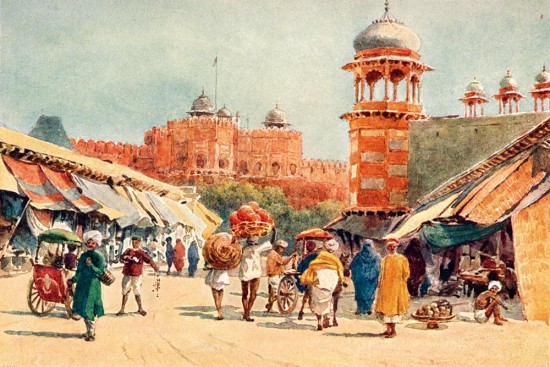 As popular protests against CAA/NRC continue to rage across university campuses and streetcorners, a consensus is gaining ground that Prime Minister Narendra Modi has veered away from the seemingly ­optimistic, future-oriented agenda of economic growth, and instead turned the clock back to aggressive Hindu majoritarian politics. And that, in doing so, he has diverted focus and energies away from the real issue facing ­India—the fragile state of the economy that can no longer be kept hidden. This view is shared by many Modi supporters and critics alike, albeit for very different reasons. Modi ­supporters on the centre-right lament that the increased focus on Hindu majoritarian politics—from Article 370 and Ayodhya to the relentless obsession with the ­taxonomy of citizens, doubtful citizens and infiltrators—risks ­derailing India’s march to the high table of global politics. In ­contrast, the critics view the aggressive turn to Hindutva itself as a diversionary tactic, a calculated move to cover up dismal growth numbers that continue to slide backward to the pre-reform years.

What is striking in these conversations is how Hindutva 2.0 is often explained away as something separate: a risk-laden instrument activated after Modi’s trumpcard—the promise of acche din (good days)—failed to materialise. The arrival of Hindutva on the centrestage, in this view, is a form of compensation for poor performance on the economic front. This diagnosis not only falls short, it also misreads the nature of kinship between Hindutva politics and the economic growth agenda.

It is by laying bare this kinship that we can make sense of the ongoing political struggle, a struggle to safeguard not just the spirit of the republic, but also the right to be counted as a part of its public.

We can begin by asking an altogether different set of questions: what if the unabashed return of Hindutva to the forefront of Indian politics is neither an afterthought nor a hastily procured Band-Aid to hide the botched operations on India’s economy? What if the economy had not faltered, and was instead growing at a dreamlike double-digit pace; and the $5 trillion economy was already a reality, not a mere wishful dream? Would Hindutva politics then remain off-field, a reserve player-in-waiting on the sidelines, constrained and disciplined by a booming economy?

To ask all this is to first acknowledge the possibility that Hindutva might be the “real issue” after all, and that the economy has always been the means to reach that end. To think through these questions requires that we pay attention to the close interactions between the seemingly distinct compartments of “liberal” economy and “illiberal” hyper-nationalism that work together to manufacture Hindutva’s vision. All too often, economics and politics are taken as contrasting entities packed in separate containers. Consider how the domain of economy is mostly perceived as an uplifting future-oriented enterprise dominated by smart technocrats, and in contrast, the domain of cultural politics signals chaos, a return to the pre-modern past, the stoking of communal passions?

This persistent myth of separation between economy and politics makes it difficult to see what Hindutva warriors could possibly have in ­common with smooth-talking technocrats who routinely hold forth on futuristic themes like AI and the fourth industrial revolution.

Yet, it is precisely upon these unlikely entanglements between the capitalist growth agenda and politics that the aggressive expansion of Hindutva 2.0 consolidated its constituency. To be sure, the form of Hindutva we are ­witnessing is neither a replication of the 1980s, nor one solely authored by the RSS. The modern scaffolding of Hindutva 2.0 has been erected in the three decades of reforms, aided and abetted by domestic and foreign capital through investment flows, and the global recognition and political legitimacy that come with it.

The point is not that there are no tensions within Hindutva on the question of economy (the swadeshi pitch still occasionally shows signs of life), but it has internalised the logic of “opening up” markets as a political strategy.

Hindutva might be the “real issue” after all. The economy has, perhaps, ­always been the means to reach that end.

“Opening up” is shorthand for a curious transaction between economics and politics: it denotes the ongoing transformation of the nation-state itself into an investment destination. In the 1990s, India embraced this script, even if hesitatingly, when it implemented a range of structural adjustment programs dubbed “LPG”—liberalisation, privatisation, globalisation—to boost growth. Central to this shift were efforts to turn the nation itself into an income-generating asset, a commercial enclosure of capital and endless economic growth. This required re-imagination and re-engineering of the national identity into a competitive global brand; the national territory into an infrastructure-ready enclosure for capital investment, and its population as “demographic dividend” that would both produce and consume to sustain growth. In my forthcoming book, this reconfiguration of the nation-state into an enclosed commercial-cultural zone is what I call the brand new nation: the nation revitalised and renewed as a profitable business enterprise in the global economy. Yet what seems like a purely economic phenomenon at first blush, in fact, is a deep-seated entanglement between the promise of capitalist growth and cultural politics.

Critical in this process is the extra-economic work of capital flows and infrastructure investments. These are often thought to be means for material progress and development, but they do more than that. In the popular domain, capital flows are held as a sign of nation’s esteem in the world, of being desired by the world’s elite. What drives the relentless demand for investments is not just the nationalist dream of getting ahead in the world, but also the fear of being stopped, of being permanently left behind by global capital. The infusion of capital here is not only a magical moment that promises progress and prosperity, but a sign of the arrival of the nation on the world stage. Capital appears as a cur­ative force that can not only efface the shame of colonial subjugation and violence, but also redeem the nation’s lost glory via economic growth. 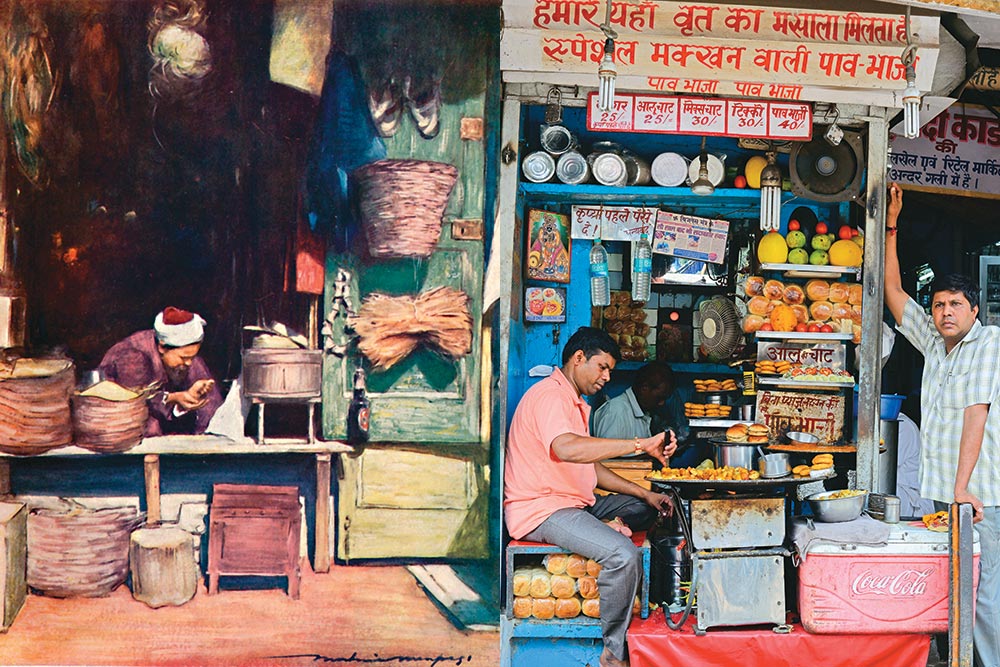 This emotional work of capital is what Modi has deployed to expand the BJP’s footprint beyond its traditional constituency. The formula is simple: to open territories to investors who promise to infuse capital and usher development, and in turn gain a kind of dual legitimacy. Political as well as managerial, so to speak. Note that the mere promise to invest (long before any actual inv­estment) yields quick results—leaders who say they “mean business” are cast as efficient managers of capital flow. This dual legitimacy is crucial if the plan is to undertake “bold” measures like demonetisation, or bifurcating regions and redrawing borders. Thus, the formula of “investment summits” is a staple in the war chest of Hindutva 2.0 politics, a building block with which to create the contours of Bharat.

Many incarnations of India-as-an-investment-destination have been sold to the public over three decades: India Story, Incredible India, India Shining, Brand India, New India, Make in India. Each of these popular ­incarnations has long-packaged enchanting capitalist dreamworlds of prosperity, along with calls for a strong leader to implement it.

This is where ‘Brand Modi’ enters the script. The informal addition of the prefix brand is not only an acknowledgment of Modi’s pro-capital credentials, but also a reference to his personal brand identity as the Hindu nationalist strongman loved by capital. The main pillar of Brand Modi is his carefully nurtured ‘muscular’ image—the one who “gets things done” and doesn’t flinch in the face of opposition. If this strongman image helped attract capital, the economic muscle thus acquired was ploughed back into the political landscape. In short, the power to capitalise the nation can also be converted to the power to own and recraft the nation in one’s own image, the image one wants the world to see.

With politics and economy thus locked in embrace, it became possible to leverage economic gains to refashion India in the cultural image Hindutva ideologues have longed for. Instructive in this process is the expression “long-due correction” that right-wing commentators ­frequently deploy to explain policies on Kashmir, Ayodhya or citizenship laws. To correct is to improve, alter and right the wrongs that may have occurred in the past. In this case, India’s past becomes an inexhaustible reserve of wrongs that need to be righted, and its present the site of correction. India’s economic potential was the fuel that could be capitalised to undertake major and minor projects of corrections.

How does the economic slowdown affect this politics of corrections? To be sure, the government seems to be on a backfoot. Relentless bad news on the economic front not only means it has lost its bragging rights, but also cast a dark shadow over Brand Modi’s claim to be an efficient manager of capital. This crash scenario was surely not part of the Hindutva 2.0 script that had strengthened its constituency by capitalising the economic gains made by the Manmohan Singh government. The script of “long-due corrections”, however, won’t be abandoned, only deferred.

Meanwhile, protestors are not only contesting CAA/NRC vigorously, they are doing so by taking ownership of the republic. It is not a proprietary claim, but an ­assumption of responsibility as keepers of the modern republic. India’s Constitution has emerged as a key symbol of resistance as well as shared belonging in this battle. The exercise of power has been met by an assertion of the right to belong to the republic, and be counted as part of its public. Instead of running out of steam, the protests continue to proliferate.