When The Girls Go Marching In

We must embed accountability mechanisms across the National Education Policy, ensuring gender equality as the backbone of the system 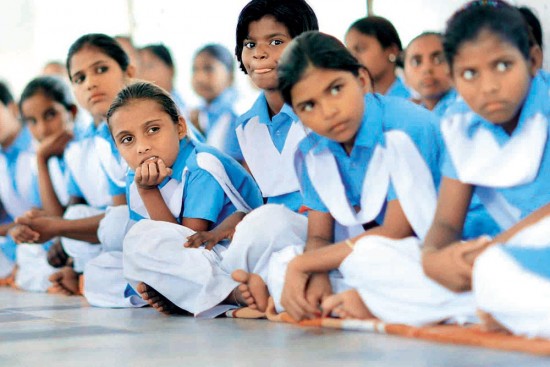 Four million girls in India are still not showing up at school. The reason? They are ­females. While the number of girls not ­enrolled in schools has dropped significantly from 10 per cent in 2006 to just above 4 per cent, that figure is still disappointing. And once we delve into the nitty-gritty, we realise that while the average is dismal, the performance of some states is downright appalling. It has been ten years since the Indian government passed the Right to Education Act, but in states such as Bihar, Madhya Pradesh and Uttar Pradesh, girls’ attendance in schools is below 60 per cent. The new draft National Education Policy (NEP) offers an opportunity to make a concerted push and finally resolve this problem.

In 1968, the first NEP was drawn up, promising a “radical reconstruction of education”. As early as the sixties, the policy talked about “equalisation of educational opportunity”, including that “the education of girls should receive emphasis not only on grounds of social justice but also because it accelerates social transformation.” A new policy in 1986, with amendments in 1992, specifically recognised the use of education “as an agent of basic change in the status of women”.

And yet, despite such a laudable mission and 15 years of concerted effort towards the millennium development goals (MDGs), supported by ­national and global funding, in 2019, we are still home to the third largest population of out-of-school girls in the world.

The draft NEP, opened to public scrutiny on June 1 this year, offers a once-in-a-generation opportunity to change the way people think about and act towards girls’ education. This is not just about education in isolation, but about using it as a pathway to solving many of India’s urgent developmental challenges. As the World...